(ORDO NEWS) — Some places at Wuhan University, where the infected were registered, were closed for disinfection. More than 200 people who could have been in contact with the patient were checked, three were quarantined.

A student at Wuhan University in China, thought to be the birthplace of the Covid-19 pandemic, has been diagnosed with cholera. This was announced by the local health department.

On the evening of July 9, the Wuhan Regional Center for Disease Control and Prevention received a report from the hospital that a university student had been diagnosed with infectious diarrhea accompanied by fever.

After a serological study, it turned out that the cause was a vibrio of serogroup O139 ( V. cholerae bengal ), the causative agent of cholera. This strain was first discovered in Bangladesh in 1992. The patient’s condition has already been brought under control, the symptoms of the disease have disappeared.

New cases of infection, according to health authorities, have not yet been registered. Some places in the university were closed for disinfection; 250 people who could have been in contact with the patient were checked, three were sent to quarantine.

The university operates as usual. “The public is asked to pay attention to personal hygiene, take good care of their health, and not believe or spread rumors,” the department added.

Cholera is an acute anthroponotic intestinal infection that spreads through contaminated food and water and causes acute diarrhea. As noted by the World Health Organization, most infected people have no symptoms or they are mild.

Treatment can be with oral rehydration salt solutions, antibiotics, and intravenous fluids. However, if no action is taken, the patient may die within a few hours. Bacteria in feces live for up to ten days after infection.

But according to foreign media reports, the Chinese healthcare system is facing “unprecedented attention” due to the ongoing coronavirus epidemic, which the authorities intend to eradicate. The PRC classifies cholera as a “class A” disease, which also includes bubonic plague.

What if the coronavirus came from a laboratory in Wuhan?

SECRETS OF WUHAN: 65 days that changed the world

What if the coronavirus came from a laboratory in Wuhan?

SECRETS OF WUHAN: 65 days that changed the world 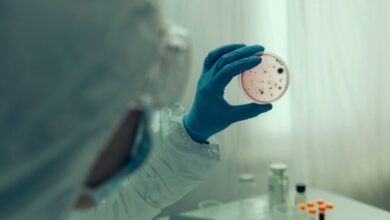 Pandemic started in the Wuhan market

Wuhan Lab Scientists May Be Executed Over COVID-19 Leak