(ORDO NEWS) — The number of teens who have tried and failed to quit e-cigarettes has risen along with the rapid rise in teen e-cigarette use over the past five years, according to a University of Michigan study.

The results of the study suggest, however, that e-cigarette use has reversed a two-decade-long decline among teens who attempted to quit nicotine and failed.

In 2020, 6% of teens reported having failed to quit smoking either cigarettes or e-cigarettes. This compares to the 4% cigarette quit failure rate in 2009, when cigarettes were the main nicotine product for teenagers and e-cigarette prevalence was still close to zero.

The 2020 level of 6% (for cigarettes and e-cigarettes combined) is comparable to the percentage of young people who fail to quit conventional cigarettes, which was 10% in 1997 and gradually decreased over the next two decades to 2% by 2020.

“These results show that nicotine withdrawal failure rates among teens are back to levels they were about 17 years ago,” said Richard Meach, research professor at the UM Institute for Social Research and lead author of the study, published in the Journal of the American. medical association.

The analysis used data from the UM project “Monitoring the Future”, funded by the National Institute on Drug Abuse. The project conducts annual nationally representative surveys of eighth, tenth, and twelfth grade American students. For this study, 815,690 students who participated in the project between 1997 and 2020 were analyzed.

In 2020, a new question was added to the survey, which is asked to students who report that they have ever inhaled nicotine: “Have you ever tried to stop smoking nicotine and found that you could not do it?” The response categories are “yes” and “no”.

“Tobacco control efforts are largely responsible for the two-decade decline in failed attempts to quit smoking nicotine, which was driven by a marked decline in cigarette consumption among teenagers since 2000,” Mich said.

“Unfortunately, the recent rise in teen e-cigarette use and the growing number of teens who are trying to quit e-cigarettes and failing have wiped out much of that decline among teens who struggle with nicotine.”

This study was funded in part by a NIDA grant (DA001411), an additional FDA grant on nicotine vaping (DA001411-47S1), and a USC Tobacco Science Center grant from the Food and Drug Administration and the National Cancer Institute (grant U54CA190905).

How e-cigarettes affect the brain, heart, lungs and colon

Scientists believe that e-cigarettes do not help to quit smoking

How e-cigarettes affect the brain, heart, lungs and colon

Scientists believe that e-cigarettes do not help to quit smoking 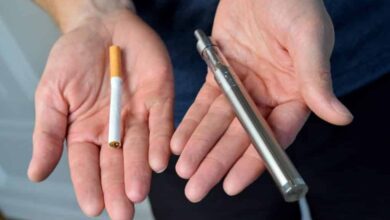 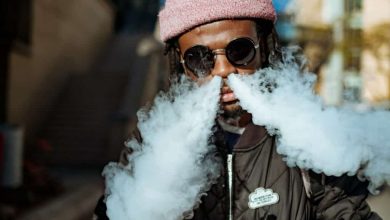 E-cigarettes increase the level of cholesterol, fats and sugar