(ORDO NEWS) — Every year the rapid development of road transport infrastructure continues. This is especially noticeable in large cities and metropolitan areas, where roads are being built, the flow of cars is increasing and the number of violators is growing.

More than 1.3 million people die each year as a result of road traffic crashes, according to the WHO report on the state of road safety. More than half of the deaths are among pedestrians, as well as cyclists and motorcyclists. The main violations on the part of motorists include speeding, inattention when driving and driving under the influence of alcohol and psychonarcotic drugs.

In addition, when it comes to large cities with dense buildings and complex transport systems, traffic management problems include a large number of traffic jams and inadequate control over compliance with traffic rules.

Roads require constant monitoring and maintenance. Today’s solutions to all these problems offer an increase in the construction of new and reconstruction of existing road systems, as well as the use of advanced technologies to create intelligent transportation systems. What is the point?

Today, almost one family has two or more cars. The world is recording a significant increase in car parks and, as a result, restrictions on the capacity of the road network. This causes new congestion, traffic jams, provokes an increase in accidents.

As practice shows, it is impossible to solve problems by building new roads. Therefore, specialists attract other, more modern solutions that are designed to ensure compliance with traffic rules, reduce conflict situations on the roads and increase the overall level of safety.

An intelligent transport system, or “smart transport” is a set of measures that allows you to effectively use the main road networks with the involvement of information technology. The main function of the ITS is to collect data on road users, promptly detect violations and monitor the condition of roads.

In the complex, the ITS should perform the functions of dispatching and operational centers for the interaction of road users and regulatory agencies.

The “set” of tools of the intelligent transport system includes road video cameras, detectors that are able not only to detect violations, but also to assess the state of the road flow; smart traffic lights that work independently and regulate signals based on traffic flow.

These are also information boards, parking meters and automatic lighting control systems that are able to turn on and off the light depending on the situation on the road, time of day and other factors. Unmanned aerial vehicles are also here – they allow not only to record violations, but also to assess and analyze the general condition of roads. Drones come to the aid of traffic police

Drones really offer an integrated approach to transport management: this includes photo and video recording from highways. With the help of drones, the number of traffic participants, the speed of transport, routes, traffic on certain sections of roads and traffic jams are counted.

This information is necessary for planning urban infrastructure, taking into account the needs of the population and current conditions. In the future, during construction or repair work, drones will be able to detect violations and analyze the passenger flow in the future section.

It is noteworthy that unmanned aerial systems can significantly reduce the cost of road maintenance activities, ensuring security using multiple cameras, radars and sensors, and establishing cause-and-effect relationships during emergencies.

The ministry explains that the use of drones is expedient for detecting violators on the roads, often associated with exceeding the speed limit, driving into oncoming traffic and crossing road markings.

In addition, such measures have a psychological justification. When people know and see that a vehicle is being monitored from the air, it encourages them not to break the rules.

The principle of operation of the UAV is simple. The aircraft is launched to a certain area, collects by photo and video recording and transmits the data to the control of traffic police units. Further, according to the decision of the inspectors, measures are taken to bring the driver to justice.

It is noted that in a number of regions the new monitoring system from the air has borne fruit. Violations became much less, and data collection was carried out many times faster and more efficiently.

Violations were recorded in areas without cameras, and in places where there are cameras, only the flow rate is controlled. It is simply impossible to identify violations of the intersection of the markup.According to police, while driving, drivers do not distinguish an unmanned aerial vehicle from a bird. Smart road analysis from the air

Unmanned aerial vehicles are effective not only as traffic police inspectors. They also provide aerial monitoring during construction and maintenance work.

At the same time, the routes require constant monitoring and timely repair. Today, mainly mobile laboratories with video cameras and sensors for pavement diagnostics perform the role of providing and monitoring roads.

Experts note the disadvantage of this technology: it is not capable of recording natural and anthropogenic processes, does not provide comprehensive monitoring of roads and roadside sections due to the limited swath area. Drones can provide more prompt and extensive information for assessing the state of highways. First of all, the coverage of the view from the air is much larger than the narrow-format view from the ground.

In the event of an emergency, drones can be on site much faster than a mobile laboratory can. Especially when it comes to an accident on the road, skidding due to bad weather or landslides.

In the construction and repair of roads, unmanned aerial vehicles have already proven themselves in a number of countries. Drones can create 3D images and models.

When designing sections, this is especially important in order to assess the surface of the earth for future pavement laying. Also, drones are able to control the progress of construction, so that repairmen do not “accidentally” steal sand or soil, because the lack of materials leads to the rapid destruction of coatings. During the day, a team of UAV operators and an assistant can take aerial photography up to 500 kilometers of the road.

At the same time, the group can interact in real time with engineers, transmitting to them up-to-date information about the features of the relief, the presence of various obstacles or man-made processes, photographic schemes and 3D models of highways and adjacent territories.

Based on the data obtained, it is possible to quickly respond to certain situations, conduct comprehensive assessments and predict the state of highways.

The accuracy of data received from an unmanned aerial vehicle is close to 100%, which can significantly reduce the cost of expensive ground equipment and field teams.

Unmanned aerial vehicles, simply quadcopters or drones, are becoming part of our daily lives. Large or portable, they will become a means of transportation, monitoring and forecasting, they will be able to build transport routes and deliver documents.

Will be used everywhere in construction, logistics and transport. Today it seems something new and unusual, but tomorrow it will be difficult to do without them. 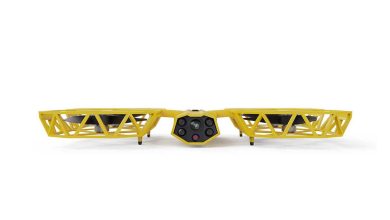 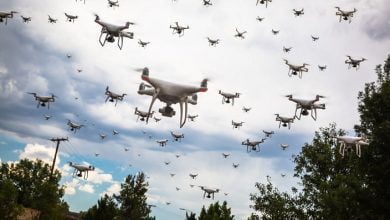