(ORDO NEWS) — Lebanese Prime Minister Hassan Diab said the blast in the port of Beirut , which killed more than 70 people, was caused by improper storage of 2,750 tons of ammonium nitrate for six years, the Lebanese presidential office said on Twitter.

“I will not rest until we find someone responsible for what happened in order to bring him to justice and impose the most severe penalties on him, because it is unacceptable that a batch of ammonium nitrate weighing 2,750 tons was in a warehouse for 6 years without taking preventive measures that threaten the safety of citizens,” the prime minister said.

At the same time, Diyab proposed to form a commission to investigate the incident, which in 48 hours will have to determine the cause of the incident and identify those responsible.

The Lebanese Supreme Defense Council , following an emergency meeting in connection with the explosion in the port of the capital of the republic of Beirut, declared the city a disaster zone, Sky News Arabia reports.

According to him, the council recommended that the government of Prime Minister Hassan Diab declare a state of emergency in the capital.

The head of the country’s general security service, General Abbas Ibrahim, said that according to preliminary data, explosives that had been stored in the port for a long time were detonated. The Ministry of Internal Affairs said that the exact cause of the explosion has yet to be clarified.

The explosion in the port of Beirut injured 2,200 people, said the head of the Lebanese Red Cross, George Ketan.

However, he said that this figure is not final. The Lebanese Ministry of Health , in turn, reports about 2,500 victims.

Two major explosions shook the Lebanese capital of #Beirut, with eyewitness footage capturing the blasts and showing the devastation wreaked in the surrounding area. The blasts have been blamed on a fireworks accident. The first blast struck the city’s port shortly after 6pm local time on Tuesday. Within minutes, reports flowed in of another more devastating explosion. Video footage captured the shock wave striking buildings kilometers away, as a massive mushroom cloud of dust and debris was shot into the sky. #Lebanon’s Ministry of Health instructed all available hospitals to prepare to receive the wounded, while the country’s health minister said on TV that there are a “very high” number of injuries. 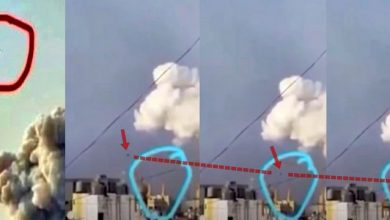 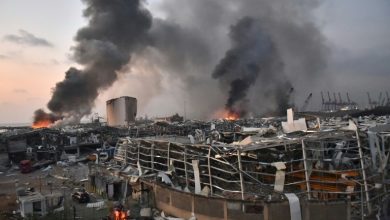