(ORDO NEWS) — Donald Trump’s astonishing demand that part of the Microsoft-TikTok transaction be paid into state coffers has sparked strong criticism and questions even among the president’s advisers.

What to think about it, are there any precedents? “I don’t know,” Larry Kudlow, the president’s economic adviser, interviewed on Fox Business on Tuesday repeatedly replied.

After declaring that he was banning TikTok, a social network that belongs to the Chinese group ByteDance, and that he was opposed to a takeover, Donald Trump finally declared himself in favor of an acquisition by Microsoft or another American company, d ‘by September 15 at the latest.

But he demanded that part of the money go to the Treasury, because he “made possible” the sale.

A transaction that he has, in fact, made mandatory, threatening the application with a total ban if it does not pass into American hands. Washington accuses the platform of spying on its users on behalf of Beijing.

“This is the kind of mafia tactic you might see in Russia,” said James Lewis, director of technology at the Center for Strategic and International Studies. “I don’t think it’s constitutional.”

“We’ve never seen anything like it,” remarked Stuart Varney of Fox Business. “Probably, I imagine, I do not remember,” replied Larry Kudlow, before trying to minimize the significance of the words of the tenant of the White House.

“Look, I don’t know if this is a key condition. Maybe the president thought that since the Treasury is going to have to work a lot on this, there are a lot of options. I’m not sure it is. a specific concept to apply.”

“It’s like a landlord and a tenant: it’s the lease that gives value. We are the lease, in a way,” Donald Trump explained on Monday.

“TikTok is a tremendous success. But an important part of this success is in this country,” he said, saying that it was “right” that the state receive part of the proceeds from the sale.

The principle of financial compensation for the Treasury during an acquisition is unusual, and generally reserved for crises.

Recently, the major American airlines agreed to give compensation to the taxpayer, but it was in exchange for significant state aid to deal with the coronavirus pandemic.

The president’s suggestion is “grossly inappropriate and has no legal basis,” commented Bobby Chesney, a University of Texas law professor specializing in constitutional and national security issues.

“When extortion and corruption become a way of life …” he tweeted on Monday.

Donald Trump’s threats come against a backdrop of heightened tensions between Beijing and Washington.

China reacted by accusing the United States of “political manipulation”.

“It is outright intimidation,” blasted Wang Wenbin, spokesperson for the Chinese Foreign Ministry, at a press conference.

Microsoft, for its part, got the message five out of five.

His boss Satya Nadella met with the president on Sunday to convince him to approve the negotiations, which are already well advanced.

In the process, the group issued a statement explaining that the acquisition would be subject to “a comprehensive security assessment and should bring economic benefits to the United States, including the US Treasury.”

Can Trump stop the oil war?

Donald Trump’s letter to the head of WHO

Can Trump stop the oil war?

Donald Trump’s letter to the head of WHO 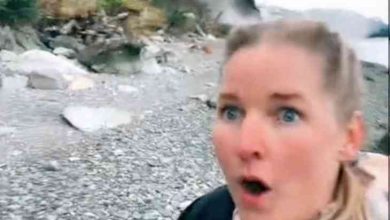 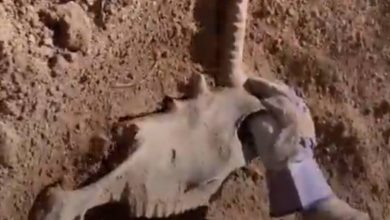