(ORDO NEWS) — Both Lebanese special services and leading journalists are trying to find the reasons for the most powerful explosion in the port of Beirut, as a result of which part of the capital was destroyed, more than 200 people died, almost 7,000 Beirut residents were seriously injured, not to mention tens of thousands of those injured in one way or another.

In the main port of the city on the evening of August 4, for some unknown reason, 2,700 tons of ammonium nitrate exploded. It turns out that the Lebanese government, which today resigned at the request of the indignant Beirut residents, was warned by the special services on July 20 about the danger of such an explosion, and experts have been talking about this for many years. But neither the previous nor this government did anything to eliminate the danger hanging over the capital.

The ufological portal Mutual UFO Network (MUFON) offers us its version of why this catastrophe happened in Lebanon. MUFON specialists received from a retired doctor (last name withheld) a photograph showing a fighter plane and a mysterious spherical object in the sky over the port of Beirut just before the explosion of ammonium nitrate. 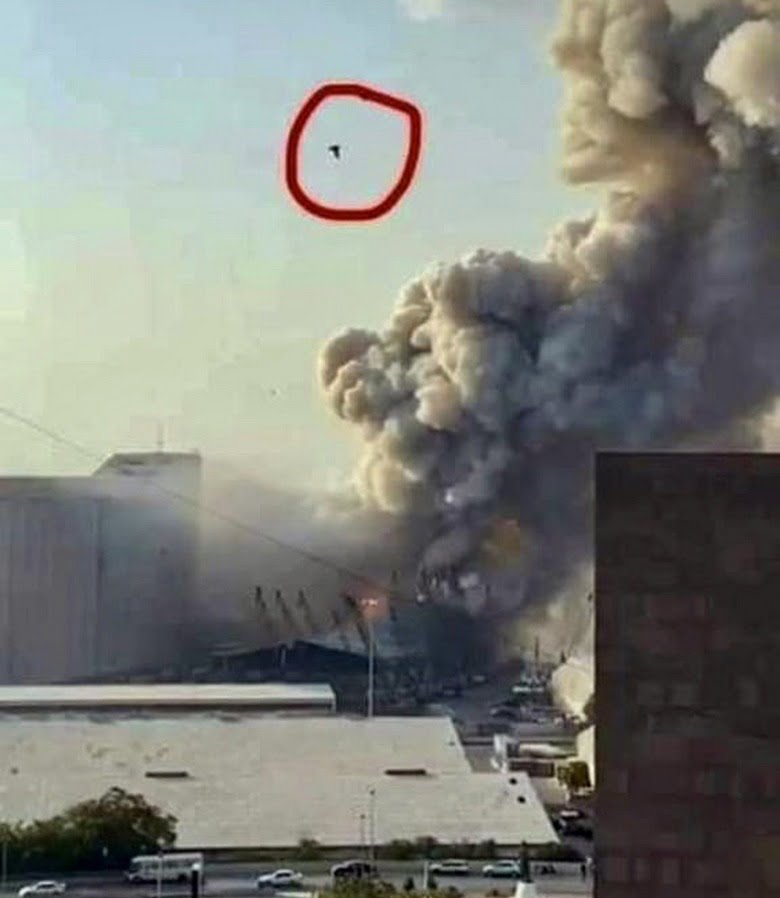 The doctor himself claims that the picture is not his, he received it from his friend, who discovered a mysterious photo on the Web. It was posted by an unknown amateur photographer. Apparently, the fighter and the strange spherical object were photographed by him completely by accident. MUFON specialists do not draw any conclusions from this, however, they rightly believe that the Lebanese special services should pay attention to this picture. In the meantime, they are practically marking time, putting forward the most banal versions of the incident.

By the way, we note that the explosion was so powerful that it was heard even in Cyprus – 150 miles from the disaster. As a result, the main port of Beirut and part of the city were completely destroyed . The blast wave destroyed buildings within 15 miles of the epicenter.

Alien ship found on the moon

An apocalyptic event may occur in the next 10 years

Alien ship found on the moon

An apocalyptic event may occur in the next 10 years