(ORDO NEWS) — In August , a series of powerful explosions occurred in the port of Beirut, Lebanon. The most powerful of these, according to a new study, is the largest non-nuclear explosion ever recorded.

According to scientists, the explosion in Beirut is “the most powerful non-nuclear explosion of the 21st century.”

Researchers from the Civil Engineering Department of the University of Sheffield in the UK discovered that the explosion in the port of Beirut was equivalent to the detonation of 550 to 1200 tons of the explosive chemical compound trinitrotoluene (TNT). According to scientists, this is about five percent of the power of the nuclear bomb dropped by the United States on Hiroshima in August 1945.

The research team obtained the results through detailed analysis of sixteen videos taken from different angles. All of them were available on social networks. The scientists performed frame-by-frame video analysis and plotted 38 data points to determine the speed and strength of the blast. 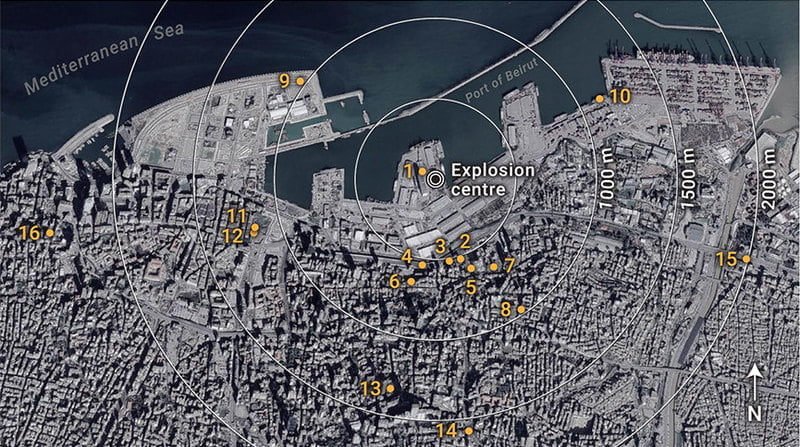 In a few milliseconds, the explosion released about 1 GWh (Gigawatt-hour) of energy. That’s enough to power more than a hundred homes throughout the year, the researchers said.

According to the results of the study, the explosion in Beirut was among the ten most powerful accidental man-made explosions in history.

According to scientists: “Beirut is by far the most powerful non-nuclear explosion of the 21st century.”

The August 4 disaster was the result of an accidental explosion of approximately 2,750 tons of improperly stored ammonium nitrate. As a result, about 190 people died and more than 6 thousand were injured.

Time travel tickets are sold in the UK

Time travel tickets are sold in the UK