(ORDO NEWS) — Two successive powerful explosions rocked Beirut on Tuesday causing an unknown number of dead and injured, sowing panic and causing a huge mushroom of smoke in the sky of the Lebanese capital.

In an initial reaction from an official, the director general of the General Security, Abbas Ibrahim, indicated that the explosions were possibly due to “explosives confiscated for years”, but added that the ongoing investigation should determine “the exact nature of the incident”.

Videos posted on social networks showed an initial explosion followed by another causing the gigantic cloud of smoke. The blasts rocked buildings and smashed windows for miles around.

President Michel Aoun has called an “urgent meeting” of the Superior Council of Defense and Prime Minister Hassan Diab has declared a day of national mourning.

According to the national news agency ANI, there were “deaths and injuries”. The president of the Lebanese Red Cross, Georges Kettaneh, referred to “hundreds of wounded” in an appeal to Lebanese television LBC. “We are overwhelmed with phone calls,” he said.

“It’s a disaster inside (the port). There are corpses on the ground. Ambulances are taking the bodies away,” a soldier near the port told AFP.

Local media broadcast images of people trapped under rubble, some covered in blood.

“I felt like an earthquake and then after a huge explosion and the windows broke. I felt it was stronger than the explosion during the assassination of Rafic Hariri” in 2005, caused by a van full of explosives, a Lebanese woman in downtown Beirut told AFP.

The port sector has been cordoned off by the security forces, which only allow civil defense, ambulances with screaming sirens and firefighters, according to AFP correspondents at the entrance to the port.

In the vicinity, material damage and destruction is significant.

More than two hours after the explosion, the flames still enveloped the area. A helicopter is collecting water from the sea to put out the fires, an AFP correspondent noted.

“We saw some smoke and then an explosion. Then the mushroom. The force of the explosion propelled us back into the apartment,” said a resident of Mansourieh, who has witnessed the scene since. its balcony, several kilometers from the port.

After the explosions, many residents, some of them injured, walked to hospitals in several districts of Beirut. In front of the Clémenceau medical center, dozens of wounded, including children, sometimes covered in blood, are waiting to be admitted.

Cars, with their inflated airbags, but also buses were abandoned in the middle of several roads.

According to witnesses, the blasts were heard as far as the coastal town of Larnaca, Cyprus, just over 200 km from the Lebanese coast.

On February 14, 2005, a spectacular attack by a van loaded with explosives targeted Rafik Hariri’s convoy, killing him and 21 others and injuring more than 200. The explosion had caused flames several meters high, blowing the windows of buildings within a radius of half a kilometer.

On Friday, the Netherlands-based Special Tribunal for Lebanon (STL) is due to render its verdict in the trial of four men, all suspected members of the powerful Lebanese movement Hezbollah, accused of having participated in the 2005 assassination of Rafic Hariri.

A week ago, after months of relative calm, Israel said it foiled a “terrorist” attack and opened fire on gunmen who crossed the “Blue Line” between Lebanon and Israel, before they left. Lebanese side.

Israeli Prime Minister Benjamin Netanyahu attributed the infiltration to Hezbollah, an armed movement that the Jewish state sees as its enemy.

Accused of “playing with fire”, Hezbollah has denied any involvement. 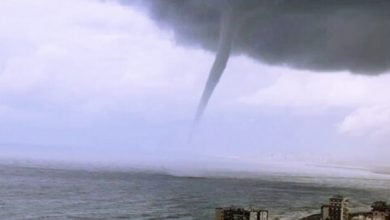 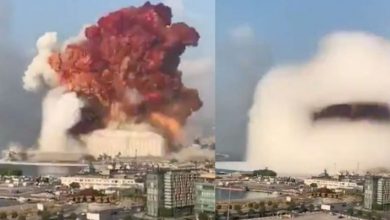