(ORDO NEWS) — Insects are an excellent source of protein and require significantly fewer resources to produce compared to conventional agriculture.

If a mealworm farm is given 2 kg of food, you can get a kilogram of edible protein. In the production of beef, the efficiency is incomparably lower, and greenhouse gases are also emitted.

The production of insects for food and feed usually results in two by-products: insect exuvia and a kind of “meal”.

Exuviae are exoskeletons left over from insect moulting, and insect meal is mostly excrement and uneaten food. These two by-products could be potential alternatives to conventional fertilizers and pesticides.

Scientists from Wageningen University in the Netherlands analyzed the possibility of producing food for humans and animals from insect by-products. In addition, these by-products can provide farmers with an organic soil supplement.

“An important component of insect exuvia is chitin, a high-molecular-weight aminosaccharide polysaccharide that is also present in the cell walls of fungi and the exoskeleton of many crustaceans. Chitin-containing soil additives have been shown to promote plant growth,” the researchers note.

“There are a number of bacteria that can metabolize chitin, and these microbes help plants be more resistant to disease and pests,” says Marcel Dieke, a plant biologist at Wageningen University in the Netherlands and co-author of the study. “When exuvia are added to the soil, the populations of these beneficial bacteria increase.” In addition, adding insect meal to the soil can promote plant growth—insect feces are rich in nitrogen, a nutrient that is critical for plant growth but is often deficient in soil. Nitrogen is often added to the soil as a synthetic fertilizer.

The researchers also mention that exuvia can work as a pest control agent. Beneficial soil bacteria that metabolize chitin from exuvium can not only stimulate plant growth, but also cause changes in plant physiology, attracting pollinators and even natural insect antagonists.

The authors believe that the use of by-products of insect breeding in agriculture can be a step towards a kind of cycle in food production, when waste is completely utilized in the process itself.

First, the insects are fed with crop or food waste, then the insects provide food for humans and meat products, and finally the insect waste is used to stimulate crop growth. The circle is closed.

The next step, Dicke argues, is to get more people, especially Westerners, into the idea of ​​eating insects. In some parts of the world, insects are already a staple food.

Locusts are eaten in dozens of African countries, where the insects are harvested early in the day, before they become active, and then boiled, peeled and salted. In the Democratic Republic of the Congo, caterpillars are sold in markets all year round, and termites can be roasted or dried in the sun to be ground into flour.

“I have personally eaten crickets, mealworms and locusts,” Dicke adds. “Many people in our part of the world need to get used to eating insects. I can tell you, it has always been great food.” 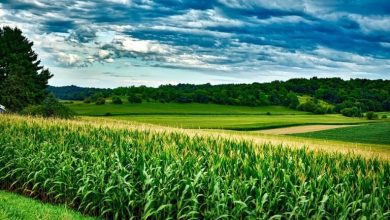