(ORDO NEWS) — In the area of ​​the ski resort Les Diableries, which is located on one of the high-altitude glaciers in the Alps (Switzerland), a huge ice cave appeared some time ago. It occurs on a regular basis every year, but every time there are some changes. During the entire period of its existence, a huge number of tourists from different countries of the world have visited the “Devil’s Hole”.

There is a special lift in the village of Le Diableries. It is from it that tourists can quickly get to the famous cave to look at the mysterious depression in the glacier, which fascinates with its incredibly beautiful appearance.

The cave is quite long – almost 20 meters. It is worth noting that the size and shape of the “Devil’s Hole” changes every year. Absolutely every visitor to this place notices the vaulted ceiling from the ice, the height of which reaches about five meters. A large amount of melt water flows from the ceiling, which at the same time forms huge stalactites that remind tourists of the most beautiful white columns of natural origin.

The air inside the cave is incredibly clean and at the same time very cold. Many also call this unique place “Ice Cathedral”. On the floor of this cave, you can see the channels that were formed as a result of the impact of melt water streams. A “Devil’s Hole” appears due to a certain siphon effect.

When the air temperature is high enough, ice and snow begin to actively melt, and the void in the mountain is gradually filled with melt water, which leads to the appearance of a sufficiently large lake. In autumn, the water flows out and leaves an empty cave, which has changed its size and shape.

Earlier we wrote that seismologists discovered a swinging mountain in the Alps. In the scientific journal Earth and Planetary Science Letters, it is reported that the Matterhorn, which is considered one of the highest in the Alps, oscillates forward and then backward every two seconds. These are the research results obtained some time ago by specialists from the Munich Technical University.

We also recall that a ritual dump was found in an ancient Egyptian tomb. Archaeologists from Poland are conducting research at the Temple of Hatshepsut, which is located in Luxor. It consists of a chapel carved right into the rock in honor of the goddess Hathor about 3.5 millennia ago.

In the 19th century, scientists also managed to find the tomb of the early Middle Kingdom, which was piled up with a huge amount of rock debris. This caused the investigation of the tomb to be postponed. 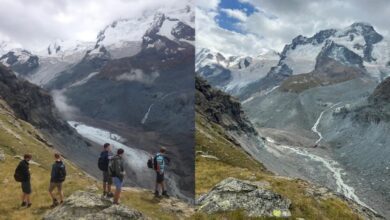 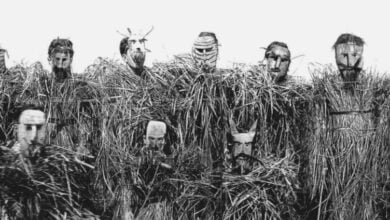