US, WASHINGTON (ORDO NEWS) — The Government of Libyan National Accord (PNS) has announced the elimination of field commanders fighting under the command of Field Marshal Khalifa Haftar, in the Al-Vishka area and in the territory west of the city of Sirte.

Major General Salim Deryak al-Farjani is considered one of the closest associates of the head of the Libyan National Army, Khalifa Haftar (LNA). He held several important posts at once, in particular, he led the military operation to liberate Misurata, commanded the operational headquarters of Sirte, and then Big Sirte.

On Friday, March 27, during clashes between the PNS and the LNA forces, five high-ranking generals were killed, including the leader of the oil field protection brigade in As-Seriali Seyda at-Tabavi region. It is important to note that he was considered one of the closest associates of Khalifa Haftar and was responsible for the recruitment of mercenaries from the Janjaweeds and Africans.

In 2014, At-Tabavi participated with Haftar in hostilities in the Benghazi region, but then the head of the Libyan National Army appointed him battalion commander. Thus, Ali Seyda al-Tablawi brought African mercenaries to the oil fields, to the ports of the Al-Hilal oil district, to the military air base of Al-Jafra and, finally, to the city of Sirte.

Within two days, several more field commanders were killed, including the head of the 302nd brigade Saleh al-Qabsi al-Maghribi, the commander of the artillery of the 302nd brigade, Musa al-Maghribi, the commander of the operational headquarters of Walid al-Dibar al-Farjani and intelligence chief of the operational headquarters of Big Sirte Daw al-Megrahi.

Armed clashes resumed after Field Marshal Khalifa Haftar launched shelling of residential areas in Tripoli. The forces of the Government of National Accord have announced the start of a new military operation, “The Storm of the World,” in response to a ceasefire violation by the Libyan National Army.

Dozens of dead and wounded

Valid Muhammad, a member of the Sirte Martyrs Brigade, said that on March 27 and 28, five Il-76 military transport aircraft delivered dozens of wounded and dead from Sirte to the city of Benghazi, in eastern Libya.

“All wounded during the military clashes are being treated at the Ibn Sina Hospital, which is guarded by security services. It is worth noting that there are so many wounded that those who received minor injuries are helped right in the courtyard of the hospital. In addition, most rooms have been converted into emergency rooms, ”he added.

Walid Mohammed said in an interview with Al-Jazeera that the commander of the army of Khalifa Haftar was confused after the assassination of field commanders, in particular, the head of the Greater Sirte operational headquarters, Major General Salim Deryak al-Farjani, the closest ally of the Libyan field marshal.

Most likely, Haftar will appoint a new commander of the operational headquarters of Big Sirte from the al-Farjani tribe, because he is used to relying on his fellow tribesmen to perform difficult tasks in the Sirte area.

The representative of the armed forces of the PNS, Mohammed Kanunu, confirmed that the country’s air forces resumed attacks against the forces of the Libyan national army. According to him, the PNS launched a new military operation, “Storm of the World” in response to a ceasefire violation and the resumption of rocket attacks on residential areas, which led to civilian casualties.

“We attacked the positions of Khalifa Haftar army. A group of African mercenaries, three armored vehicles and a truck with ammunition underwent rocket fire, ”said Eve.

The representative of the armed forces of the PNS said that the building in the village of Qasr bin Ghashir, where allegedly there were Russian mercenaries who fired on residential areas of Tripoli, was subjected to rocket fire. In addition, he confirmed that the PNS army had succeeded in destroying the ammunition depot in the Qasr bin Ghashir area south of the capital.

A spokesman for Mustafa al-Majeedi stated that Khalifa Haftar army suffered significant losses that are several times greater than those suffered during the hostilities in the Abu Quraine region east of Misurata.

“We found the dead comrades-in-arms of Khalifa Haftar after fierce fighting east of Misurata. I note that the real death toll over the past two days has exceeded 120 people,” added al-Majey.

According to Al-Wajeeh, during the hostilities killed more than ten close associates of the Libyan field marshal. In just a couple of days, significant losses occurred in the ranks of the command, which will be difficult to make up for. According to the representative of the military operation “Volcano of Wrath”, mercenaries fight on the side of Haftar, but they are only “cannon fodder”, which they throw at the forefront.

“We saw how earlier Haftar was defeated, so now he has changed tactics. He is currently rocketing the civilian population, ”al-Majeeh added.

The representative of the military operation “Volcano of Wrath” confirmed that the military aircraft of Egypt and the UAE took an active part in the fighting on Friday. They attacked residential areas and civilian facilities after the forces of Khalifa Haftar were attacked by the army of the Government of National Accord.

Al-Qasim Dabars, a member of the Libyan High Council of State, said that Haftar’s army has lost many Libyan, African and Russian mercenaries in the fighting over the past two days due to misleading misconceptions that it could take Tripoli.

“Fights in the eastern part of Misurata cost Haftaru dearly. Every day, operational headquarters and command are subjected to air and artillery attacks, which will soon lead to the complete elimination of the forces of Khalifa Haftar and his supporters, ”he said.

Al-Qasim Dabars said in an interview with Al-Jazeera that Haftar is implementing the agenda of regional and international powers. He will not follow the voice of reason, even in the light of the crises that Libya is currently experiencing, because all decisions are made by Egypt and the UAE. It is they who force him to methodically destroy the Libyan people. 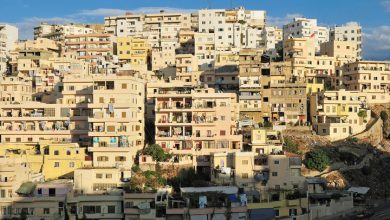 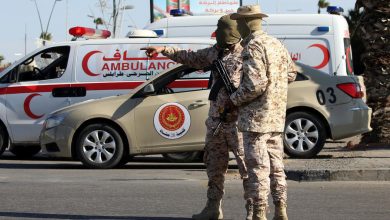 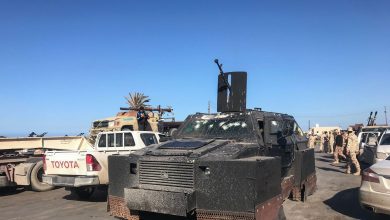