(ORDO NEWS) — In the Roman and Greek world, tattoos were usually associated with barbarians and their mysterious cults. The custom to apply tattoos on the body to the Greeks came from the Persians.

They used tattoos to mark slaves and criminals in case they tried to escape.

The custom of tattooing was adopted by the Romans from the Greeks. In late Roman times, when the imperial army consisted mainly of mercenaries, it was decided to tattoo them so that deserters could be easily recognized.

The Romans described tattoos as a brand

Many Greek and Roman authors mention tattooing as a form of punishment. Plato, for example, wrote that those guilty of sacrilege should be tattooed and expelled from the state.

In turn, Gaius Suetonius Tranquill, a Roman writer of the 1st century A.D. e., wrote that some of the noble citizens were branded with tattoos by order of the emperor Caligula – the so-called stigmatum notis:

“Many people of honorable rank were first branded and then sentenced to mines, road-building work, or to be thrown to wild beasts; or locked them in cages on all fours, like animals, or sawed them into pieces.

Tattoos on the arms of legionnaires

It is possible that over time, tattoos gained popularity in the Roman army. For example, there is evidence that indicates that all the legionnaires and some soldiers from the auxiliary troops (auxilia) who served on the wall of Hadrian , a defensive fortification 117 kilometers long, built by the Romans under the emperor Hadrian in 122-128 to prevent Pictish raids and Brigantes from the north – had tattoos. This was told by a connoisseur of antiquity Lindsay Allason-Jones.

Lindsey’s words confirm the work of Vegetius- Roman military historian, who lived in the second half of the fourth century AD. In his treatise Epitoma Rei militaris, he mentions that recruitment into the Roman army began with a test of physical ability, followed by assignment to a squad and tattooing with the distinctive badge of the squad.

We do not know what specific sign was applied to the body of the legionnaires; however, we can assume that it was, for example, an eagle or the serial number of a legion / detachment. Lindsey claims that the tattoo was applied to the soldier’s arm.

Aetius of Amida, a Byzantine physician of the 6th century, mentions this fact in his Medicae artis Principes notes: first, the place where the tattoo (brand) was to be made was thoroughly washed with leek juice, which was known for its antiseptic properties. 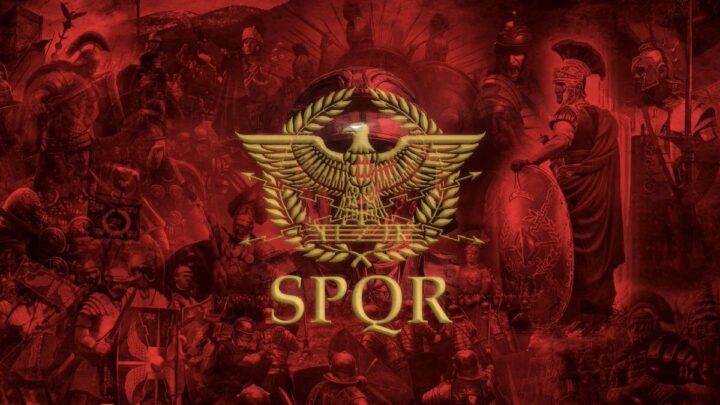 As in Greece, the Romans tattooed slaves and criminals to make it easier to catch them if they escaped. Interestingly, in the early Roman Empire, for example, slaves exported to Asia were referred to as “tax paid” as goods.

Their bodies were tattooed with the initials of the patron and other information at the request of the customer. Often the slave had a tattoo on his forehead: “Stop me, I’m running away.” This was extremely shameful, but it should be remembered that the life of a slave had the same value as a relatively inexpensive thing.

How were tattoos removed in ancient times?

Just like today, some Greeks and Romans sometimes wanted to get rid of their tattoos. As historians have found out, the procedure for removing tattoos was quite a big business. Aetius of Amida wrote of two ways of removing ink from under the skin.

After completing the puncture process, apply the mixture from the first or second recipe to the wound and bandage it with a linen bandage for five days. The tattoo was supposed to disappear in 20 days without sores or scarring. 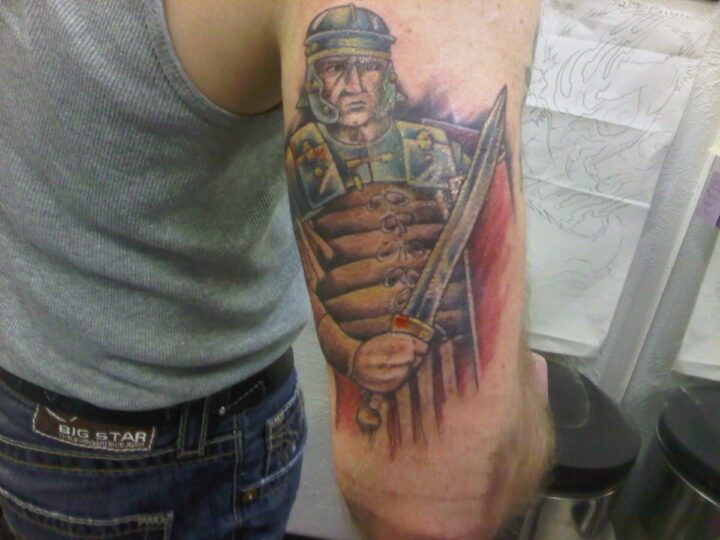 Many Greek and Roman physicians, in turn, used a mixture of pigeon droppings and vinegar, which was applied to a tattoo for a long time.

With the development of Christianity, the custom of tattooing the bodies of slaves and criminals began to become a thing of the past. Roman emperor Constantine I the Great around 330 AD. e. banned the tattooing of the heads of convicts who were sent to the arena of the amphitheater or to the mines; but he still allowed tattoos on the arms and legs.

This edict seems to have been driven by the Christian beliefs of Constantine, according to which the human face was created in the divine image and therefore must be protected from disfigurement. In 787, Pope Adrian I finally banned tattooing, a ban that lasted almost until the 19th century. 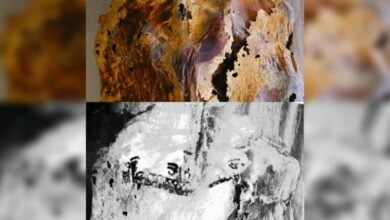