(ORDO NEWS) — Throughout human history, the world’s most important cities have thrived on the banks of rivers. But rivers can also be a destructive force. They regularly overflow, and in rare cases they can change course dramatically.

These “leaps” of the channel, called avulsions, caused some of the deadliest floods in human history.

In the late 19th and early 20th centuries, more than 6 million people died as a result of avulsions on China’s Yellow River. Similar events were associated with the decline of the Mesopotamian civilization along the Tigris and Euphrates rivers in what is now Iraq, Kuwait, Turkey, and Syria.

In a recently published study, my colleagues and I mapped the global distribution of gullies in river fans and deltas. We used satellite imagery of over 100 rivers from 1973 to the present, providing a bird’s eye view of the global evolution of rivers for half a century.

We found 113 events associated with river avulsions in temperate, tropical and dry climates. Of these, 33 events occurred on alluvial fans.

These landforms develop when rivers flow down from mountains or canyons into an open plain or ocean and spread out, depositing dirt and gravel in a triangular shape.

The other 80 events took place in river deltas, fertile, low-lying regions where slow-flowing rivers fork into many channels that empty into lakes or the ocean, creating swamp networks.

We used this new dataset to answer a simple question: What determines where gullies occur?

Avulsions occur due to the deposition of sedimentary rocks. Over time, rivers deposit sedimentary material at the site of the ravine, cluttering the river with sediment. Water always flows downhill, so as its current channel becomes more and more blocked, it eventually jumps to a new location.

Like earthquakes, river collapses occur periodically in the same places. They disperse sedimentary material and water over floodplains, creating the characteristic triangular shape of these formations.

One of the most recent examples occurred in 2008, when India’s Kosi River changed its course more than 60 miles (100 kilometers) in a matter of days, forcing over 3 million people to flee their homes.

In the US, the Mississippi River has changed its course many times over the past 7,000 years. Today, in central Louisiana, a multi-dam control structure keeps it from overflowing and connecting with the Atchafalaya River, but scientists warn that a mega-flood could overcome those barriers, causing widespread economic damage in southern Louisiana.

A river can change its course no more than once in many decades or even centuries. Scientists’ understanding of where such events occur is weak and relies mainly on a few detailed observations of large deltas, as well as laboratory and computer models.

Our global database has identified three different types of avulsions.

First, 33 avulsions on the alluvial fans occurred as the rivers emerged from the canyons. When the rivers no longer flowed through closed valleys, they could overflow one way or another towards the lowest parts of the earth.

The 80 landslides that have occurred in deltas have been affected by forces in their backwaters. A river backwater is an area where the flow rate is affected by the presence of an ocean or lake at the end of the river.

In this zone, the flow of the river either slows down or speeds up in response to changing flood conditions. Scientists can estimate the length of the backwater from the size and slope of the river.

For example, the backwater of the Mississippi River is almost 300 miles (480 kilometers) long, which means that the Gulf of Mexico influences its flow rate up to a point just north of Baton Rouge, Louisiana. In steeper rivers, the backwater can be as little as 0.6 miles (1 kilometer) long.

When a river is flowing normally, it slows down in its retaining section and dumps sediments onto the riverbed. However, during floods, a larger volume of fast-moving water erodes the riverbed.

This effect begins at the mouth of the river and moves upstream, in the opposite direction of the water flow, erasing some of the sediment that had accumulated before the flood.

Ultimately, this interplay between sedimentation and erosion leads to sedimentation of the river at a location that roughly coincides with the length of the return flow.

Our database showed that 50 out of 80 avulsion events that occurred in deltas occurred approximately along the length of the reverse current.

For example, the Catatumbo River in South America in 1982 changed its course about 6.5 miles (10.5 km) inland from where it flows into the Venezuelan Lake Maracaibo – close to the backwater length, which is 8.5 miles (13.7 km) .

However, we also found a new class of avulsions in deltas that reflect neither the valley limit nor the length of the backflow. These rivers changed course far upstream from where they entered lakes or oceans at their mouths.

These deltas were either on steep tropical islands such as Madagascar and Papua New Guinea or in desert areas such as Eritrea. In these places, rivers during floods carry an exceptionally large amount of sedimentary rocks.

When rivers flood, they wash out their channels, starting at the mouth and moving back far upstream, much like large rivers like the Mississippi.

However, the combination of the long typical duration of floods and the exceptionally high sediment load during floods allows erosion to travel far upstream.

As a result, these rivers can change course well above the backwater zone where ravines occur in large coastal rivers.

Our description of these three types of avulsions provides the first basis for predicting where rivers will change course on fans and deltas around the world. These findings have major implications, especially for river deltas, which are home to about 340 million people worldwide.

Most deltas are only a few feet above sea level, and some are very densely populated, such as the Mekong and Ganges Brahmaputra deltas.

Our results indicate that avulsion sites in deltas may move from their historical locations to new areas.

Climate change has already increased flooding in many parts of the world and washed more sediment into rivers.

Land use changes, such as the conversion of forests to farmland, also increase sediment load. In my opinion, it is critical to understand how such changes could affect dynamic, changing river systems – and the people who live around them – far into the future.

Rivers around the world are flooded with colossal amounts of antibiotics

Rivers around the world are flooded with colossal amounts of antibiotics 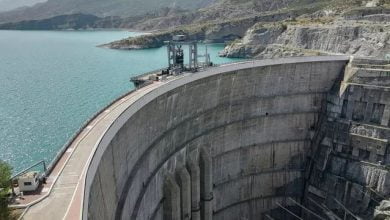