(ORDO NEWS) — For several decades, legends about creatures of small stature living in caves or mountains have been found in different cultures, but especially in America. Native Americans believed that the Pryor Mountains were home to some of them.

The Pryor Mountains are a mountain range in Carbon and Big Horn Counties, Montana, and Big Horn County, Wyoming. They are located on the Crow Indian Reservation and Custer National Forest, some of which are on private land.

Most Native American peoples have cryptic stories about a mysterious race known as the “little people”. These creatures lived in forests, caves or mountains and near large bodies of water such as the Great Lakes.

The legends about little people speak of creatures from 40 centimeters tall. Some tribes called them mythological creatures similar to fairies and goblins.

These stories were widely known among the natives long before European settlers arrived in North America. This rules out any “resemblance” to goblins that some scholars have suggested.

According to the Wyoming Indians, the Nimerigar were a very small and cruel people who should be avoided at all costs.

It was believed that their presence diverted attention in order to cause harm. Some considered them gods. Moreover, some tribes claimed that they lived in nearby caves that had never been explored so as not to disturb them.

The Cherokee, on the other hand, refer to the Ynwi-Tsunsdi, a race of small people who were not normally shown to humans. It is believed that these creatures had magical powers and could help or harm people, depending on how they were treated.

The Catawba of South Carolina had myths about the spirit realm that reflected their own and Christian traditions. They believed in Yehasuri or “tiny wild people” who lived in the forests.

In the mythology of Native Americans, pukwudzhi are also distinguished – humanoid creatures with a gray face and huge ears. This legend is common in the northeastern United States, southeastern Canada and the Great Lakes region.

Little People of the Prior Mountains

The Crow Indians reported the existence of a race of small people inhabiting the Pryor Mountains.

The aborigines believed that little people were responsible for carving the petroglyphs found on the rocks of this place. 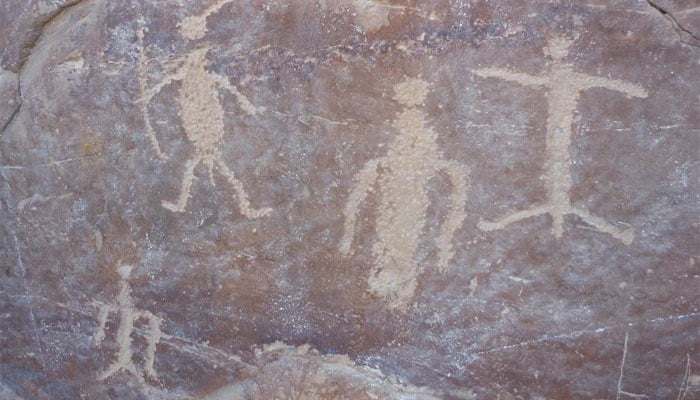 Other tribes also believed that the Prior Mountains were inhabited by small creatures. The Lewis and Clark Expedition in 1804 even reported sightings of extremely short creatures along the White Stone River, now the Vermillion River.

On August 25, Meriwether Lewis, William Clark, and 10 others walked about 9 miles (14 km) north of the confluence of the river with the Missouri River to see the “mountain of the little people.”

Lewis wrote in his diary that the Little Folk are “devals” (devils) with very large heads, about 18 inches (46 cm) high, and very alert to any intrusion into their territory. The Sioux said that the devils carried sharp arrows that could strike at a very long distance, and that they killed anyone who approached their barrow.

According to Lewis, the Little Folk so frightened the local population that the Maha (Omaha), Otto (Otoe) and Sioux did not approach the place.

The Lakota people, who came to live at the “spirit mound” after the Wichiena Sioux, have a story no more than 250 years old that tells how a group of 350 warriors approached the mound late at night and were almost razed to the ground by the ferocious Little people (the survivors were crippled for life). 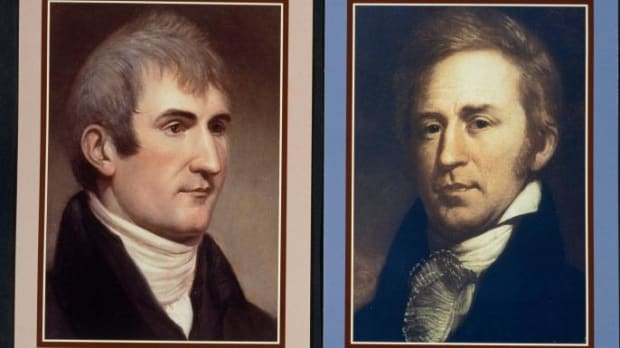 Other Native American tribes consider the area to be home to demons. They have humanoid bodies, large heads and barely a meter tall. These creatures are always on the defensive and carry sharp arrows that can kill at a great distance.

In fact, many of the deaths of locals trying to cross the hill have been attributed to these creatures.

However, to the ravens, these little people are sacred and are credited with creating their tribe. They are considered deities.

It is incredible how different tribes of Native Americans coincide in the existence of the so-called “little people”. In the same way that other tribes throughout America did, and how people, even today, are sure that they had contact with them … 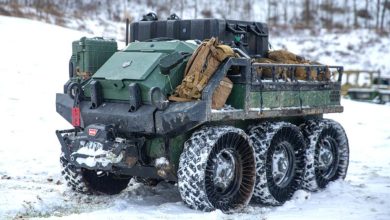