(ORDO NEWS) — Of course, the mountains have always been considered a rather dangerous place. But it is not only about the risk of falling off a steep cliff, falling under a landslide or, say, becoming a victim of wild animals.

There are many cases related to the mysterious disappearances of people in the mountains. And not in every case at least the remains are found …

In the Himalayas, in the north of the Indian state of Himachal Pradesh, among the snow-capped mountains lies the Kulantapit Valley (Kullu for short). Translated, it means “End of the inhabited world.” But more often this place is called the “Valley of Shadows” or “Valley of the Gods”.

According to legend, the god Shiva meditated here for over 1000 years. However, the sacred place is by no means safe for tourists coming here.

According to statistics, in the last fifteen years alone, about two dozen people have disappeared in the Valley of Shadows, all of them were foreigners.

The loudest was the disappearance in 1996 of a 21-year-old student at the University of Bristol, Ian Mogford. He was last seen at the local temple. When the search began, it turned out that for some reason Mogford’s name was not even in the guest book of the house where he lived. Although there was evidence that he stayed there.

The following year, 1997, Canadian student Ardavan Taherzade disappeared. In 1999, the 21-year-old son of the Dutch banker Maarten de Bruyne disappeared. They were not found either alive or dead.

In 2000, our compatriot Alexei Ivanov disappeared. It is known that he planned to go on a three-week hike through the Valley of Shadows.

Following his route, the search engines came across the unidentified remains of several people, but Alexei was not among them. Ivanov’s things could not be found either. He never returned.

Get off the trail

In April 2019, 68-year-old Kat Hammontre from Seattle, Washington, traveled with her husband and daughter to San Felipe, Baja California, on the California-Mexico border, planning to visit the famous Devil’s Canyon in the Sierra de San Pedro. . Martyr. All three were experienced hikers.

As they were walking down the trail, Kat slipped and sprained her ankle. She couldn’t go any further and said she would sit on a rock by the stream while her family walked to the waterfall. Their dog stayed with her.

When father and daughter returned to the rock an hour and a half later, neither Kat nor the dog was in sight. The search turned up nothing. And how could a woman with a bad leg go far?

The student went into the fog

The surroundings of the village of Arkhyz in Karachay-Cherkessia (these places are called the Arkhyz Basin) are constantly visited by tourists.

It is said that a few years ago, one day in May, a group of elementary school students, led by teachers, went for a walk in the forest. They walked in the Kazachya Polyana area, which is a popular destination for excursions.

After a picnic in nature, adults and children went home. They had almost reached the village, when suddenly one of the schoolchildren remembered that he had left a plastic bag in the forest.

There was a beautiful drawing on the package, and the boy asked the teacher for permission to return for it. The distance to the picnic area was only 300 meters.

The boy disappeared into the forest and was never seen again. Of course, large-scale searches were organized, but no traces of the child could be found.

Relatives of the missing boy turned to a psychic who undertook to investigate the place of the alleged disappearance. During the examination, he came to a place where trees with twisted trunks grew, and suddenly lost consciousness.

Having come to his senses, the man said that he saw a boy running along the road, who was enveloped in a black swaying veil. Locals say that in this place at night there is sometimes a strange greenish fog…

There are many versions of what happened to all these people. According to one of them, all the missing became victims of the harsh climate and accidents: someone got lost and died of thirst, someone froze, someone stumbled and fell into the abyss…

Since this often happened in remote, uninhabited places, many bodies were simply not found. Although, of course, not all episodes correspond to these assumptions.

There are more fantastic theories, for example, meetings with aliens or Bigfoot, getting into space-time portals.

And yet – why not assume that at least some of the dead and missing just happened to be in the wrong place at the wrong time … Let’s say they accidentally got into the testing zone of secret weapons or some kind of experiments? 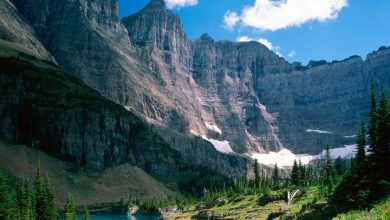 Native Americans talk about little creatures living in the mountains 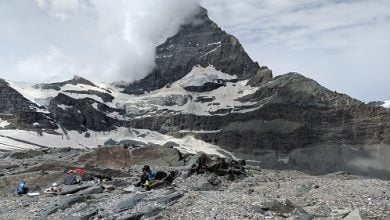