(ORDO NEWS) — People have long dreamed of going to Mars or beyond, and the success of companies like SpaceX and Blue Origin means that dream can become a reality like never before.

But at present, sending astronauts on long missions to other worlds is impossible due to dangerous levels of radiation in space, outside of Earth’s protective magnetic field.

However, the new concept holds promise, and the researchers behind it have received funding from NASA’s Innovative Advanced Concepts (NIAC) program to build a prototype.

“We came up with a new idea on how to protect spacecraft from space radiation and energetic solar radiation,” says Dr. Elena D’Onhia, assistant professor of astronomy at the University of Wisconson-Madison and principal investigator of the CREW HaT project. design and a new configuration of the magnetic field, which has not been studied before.”

HaT stands for Halbach torus, which is a circular array of magnets that creates a stronger field on one side while simultaneously decreasing the field on the other side.

D’Ongia and her co-author Paolo Desiati of the Wisconsin Center for Particle Astrophysics Icecube (WIPAC) developed a design for lightweight, mechanically supported deployable magnetic coils activated by a new generation of high-temperature superconducting tapes that have only recently become available.

“This configuration creates an enhanced external magnetic field, deflecting cosmic ray particles, supplemented by a suppressed magnetic field in the astronaut’s habitat,” the team writes in their abstract for NIAC.

“The geometry we proposed creates a magnetic field on the outside of the spacecraft but not inside, so the astronauts are not exposed to radiation,” D’Onhia told Universe Today. magnetic fields can generate streams of secondary particles, such as neutrons, which can be harmful to astronauts. Our concept involves an open magnetic field going out into space.”

The team believes that their design can divert more than 50% of cosmic rays harmful to biology (protons with energy below 1 GeV) and high-energy high-Z ions, enough to reduce the radiation dose absorbed by astronauts to less than 5% of NASA’s estimated lifetime excess risk of cancer mortality.

There are two types of radiation that pose problems for long-term human spaceflight. The first is solar energetic protons, which appear as bursts after solar flares.

The second is galactic cosmic rays, which, while not as deadly as solar flares, are the constant background radiation the crew is exposed to. On an unshielded spacecraft, both types of radiation can lead to significant health problems or death for the crew.

On Earth, our planet’s magnetic field deflects cosmic rays, and an additional measure of protection is provided by our atmosphere, which absorbs any cosmic radiation that passes through the magnetic field.

The idea behind magnetic shielding of spacecraft is for the spacecraft to take with it a magnetic field equivalent to that of the earth. But creating screens that actually work and aren’t prohibitively heavy has proven to be a challenge.

The problem of radiation in space has been known for a long time, and D “Ongia said that there have been many ideas and proposals for creating shields for spacecraft since the late 1960s and early 70s. But so far nothing has been feasible or cost-effective .

Universe Today wrote about several previous screen ideas, including one that also received NIAC funding in 2004.

The concept was pioneered by former astronaut Jeffrey Hoffman, but the concept ultimately fell short, and Hoffman told me in 2006 that despite theoretical calculations, they were unable to come up with a convincing design.

But that doesn’t mean the work of Hoffman’s team wasn’t important.

“Hoffman’s concept has been popular for several years and is certainly of interest and inspiration,” D’Onhia said via email.

“For example, we all agree that active shielding (such as an artificial magnetic field) should be combined with passive shielding (material capable of absorbing radiation) to be more effective. Over the past ten years, opinion has changed that we probably need a different magnetic field configuration than what has been proposed before.”

When Hoffman’s team calculated their concept, superconductors were large, bulky, and difficult to create in space.

“In the past few years, new generation superconductors (such as ReBCO, which we are planning to use) with a high critical temperature have emerged,” said D’Onchia. “These superconductors are very light (they look like a ribbon) and less expensive, and can become “game changer” for this project.”

Previous projects that included magnetic coils weighed up to 300 tons each coil. D “Onhia said that their team plans to use eight coils, and they managed to reduce the weight of the coils to 3 tons each. But they are still working on optimizing their design, which will allow them to get a grant from NIAC.

“We still need to reduce weight and work on the use of new materials,” said D “Onhia. “This is a big problem,

What hibernating animals can teach astronauts

What hibernating animals can teach astronauts 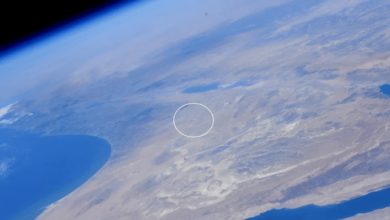 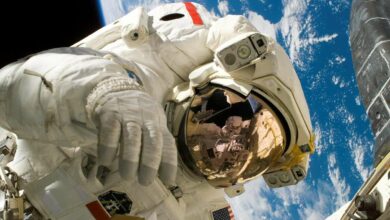 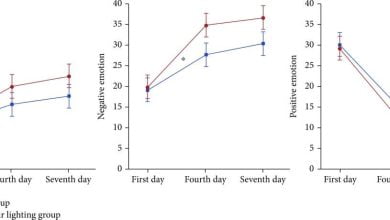 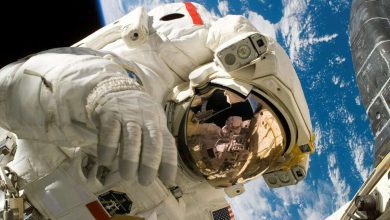 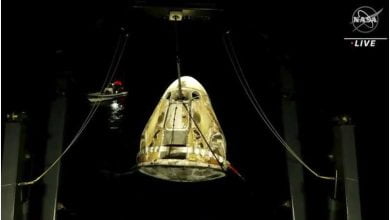