(ORDO NEWS) — Air quality in most cities in the world is disgusting, to put it mildly. Every day we go outside to freshen up, but we actually inhale car exhaust fumes and other harmful substances. It goes without saying that all this is harmful to our health – getting into our bodies, poisonous gases literally destroy our organs.

And many of these pollutants come indoors and into your home through your windows and doors. Though you can reduce this impact if you install air conditioning and filtration units (find out more here) or introduce special house plants to trap pollutants. For people in the developing world though, solutions like these can be hard to come by.

Scientists from America are absolutely sure that dirty air is “the greatest risk to human health” and significantly shortens life expectancy.

To find out how badly dirty air affects human longevity, they looked at data collected by the global Air Quality Index (AQLI). The results were very alarming – if people lived in more favorable conditions than they are now, they would have had time to make many of their dreams come true.

Dirty air significantly shortens the duration of our lives

ScienceAlert shared the alarming results of scientific work. According to the data collected, air pollution, which is observed in most cities, shortens the lives of people by at least two years. And that’s at best – according to researchers, residents of particularly heavily polluted India and Bangladesh are cutting their lives by nearly a decade. This indicator can be considered relevant for China, in whose territory dirty air soared for decades – the situation improved only during the coronavirus pandemic. 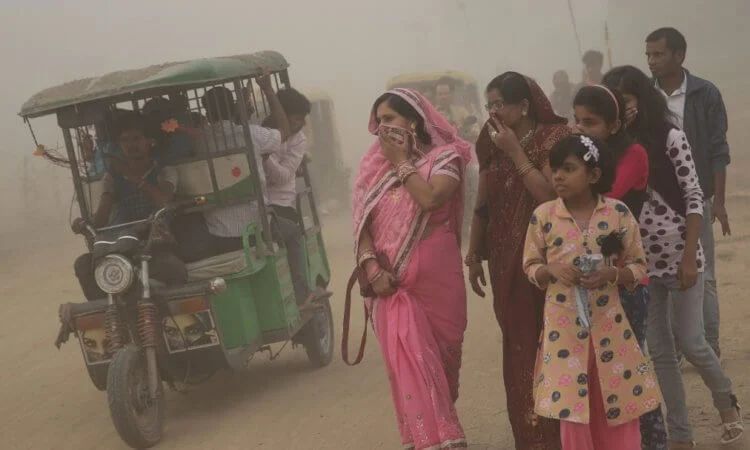 Scientists believe that polluted air can harm people’s health more than the coronavirus, which has captured almost the entire world. According to the creator of the AQLI system, Michael Greenstone (Michael Greenstone), this does not mean at all that the coronavirus is not dangerous. He is confident that the fatal disease fully deserves the attention that is given to him. Only now, if humanity with the same zeal began to find a way to cleanse the air of harmful substances, billions of people would live longer and happier lives.

The dirtiest air in the world

The aforementioned India and Bangladesh require special attention, but do not forget about Nepal and Pakistan. According to the calculations of researchers, in these regions of our planet over the past 20 years, air quality has decreased by as much as 44%. And if we consider that people continue to drive cars with internal combustion engines, throw away tons of plastic waste and burn it, then in the future we will not see the “freshness of alpine meadows”. Consequently, people’s health will continue to deteriorate, and life expectancy will become shorter.

The countries of Southeast Asia are also in a difficult situation. About 650 million people are reported to live there and 89% of them live in areas with poor air. Representatives of the World Health Organization agree that dirty air poses a great danger to human health. According to them, in 2016, 91% of the world’s population lived in places where the level of air pollution exceeded the values ​​established in the WHO recommendations.

Not only cars with exhaust gases and factories with a whole mess of harmful substances, but also forest fires, greatly affect the cleanliness of the air. In 2020, there are no particular problems with this, but last year downright turned up the heat. The smog from forest fires in Siberia reached all the way to Moscow and more distant regions. Also, fires blazed in the forests of the USA and Australia. The situation was so serious that the fire was visible even from space. Yes, if aliens were watching us then, they perfectly understood that the planet Earth was doing worse than ever.

Research on the effect of polluted air on human organisms is carried out regularly. For example, recently my colleague Alexander Bogdanov talked about how the city air affects children in the womb. It turned out that if women breathe dirty air during the first three months of pregnancy, the risk of stunting the baby increases many times. Moreover, polluted air affects children up to their 4 year old air.

UN warns millions of people could get measles soon

War of the Chukchi and Eskimos in 1947

UN warns millions of people could get measles soon

War of the Chukchi and Eskimos in 1947