It seems that now no one will throw away coffee cake, because it can be donated to science!

Researchers at the University of Cincinnati in Ohio, USA, used coffee grounds (pomace) in their experiment, finding it to be an effective electrode coating for sensitive measurements.

This would provide a cheaper and easier-to-work alternative to today’s carbon fiber covers, as ground coffee is “easier to work with”. “This material could ultimately help scientists better monitor brain activity and detect minute levels of neurotransmitters,” the authors write.

How was the experiment with cake Waste coffee grounds have previously been used to make porous carbon supercapacitors for energy storage – an organic battery. Scientists became interested in the results of these works and thought that perhaps they could use this conductive material in new work to detect neurochemical processes in the brain.

The traditional microelectrodes that neuroscientists use are made from carbon fiber, which is made up of thin, hard carbon filaments stranded together. Their manufacture is usually a complex and expensive process involving several steps and the use of harsh chemicals, so many are looking for an alternative to them.

As part of the experiment, the scientists heated the coffee cake of a tubular oven at a temperature of 703°C. After that, the scientists added the burned material to a solution of potassium hydroxide, which activates the carbon and opens up holes in the porous structure of the coffee.

They then heated the mixture again under nitrogen gas to remove any unwanted by-products. What was left was an ink slurry full of porous carbon particles. In the end, the scientists diluted this sediment with water and dipped the carbon fiber electrodes into a layer of coffee 100 times thinner than a human hair.

When testing the performance of this coating, it was found that coffee coated electrodes were more sensitive. Of course, scientists still have a lot of work ahead, but already now they say that in the future, coffee may well become a cheaper and more effective material for coating electrodes. 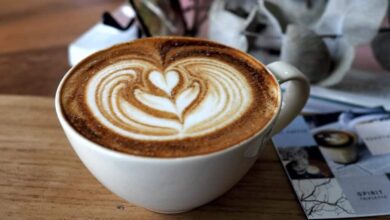