(ORDO NEWS) — A group of physicists at Brown University have developed a method that can potentially generate millions of random numbers per second using the behavior of skyrmions, tiny magnetic anomalies that occur in certain two-dimensional materials.

Who would have thought that tiny magnetic anomalies could help protect your personal data?

Discovered about half a century ago, skyrmions aroused the interest of physicists, as they could become the key to the next generation of computing devices, which are based on the use of the magnetic properties of particles.

This area is known as spintronics and for a long time scientists have been trying to create devices based on its principles. In the new work, the scientists decided to explore another potential application of skyrmions – the generation of random numbers.

Given enough information about the algorithm or its results, one can find patterns in the numbers it produces.

As a result, it becomes possible, for example, to hack into data security applications and gain access to people’s personal information. In this case, to ensure security, you need to generate real random numbers to ensure the safety of users.

What did the scientists do? Skyrmions, which typically have a diameter of about 1 micrometer or less, behave like particles moving side to side through the material.

And once they have formed, they are very difficult to get rid of. Because these magnetic anomalies are so reliable, researchers are interested in using their motion to perform calculations and store data.

The authors have shown that in addition to the global movement of skyrmions through the material, their local behavior can also be useful.

Scientists have made magnetic thin films with small defects in the atomic lattice. When skyrmions formed in the material, these defects, which the researchers call pinning centers, firmly held the skyrmions in place, preventing them from moving.

The researchers found that when a skyrmion is held in place, its size changes randomly. When one part of a skyrmion is pressed tightly against one anchor point, the rest of the skyrmion jumps back and forth, flowing around two nearby anchor points.

By measuring these fluctuations in size, it becomes possible to create a truly random number generator.

Revealed the mystery of the magnetic anomalies of the moon

Revealed the mystery of the magnetic anomalies of the moon 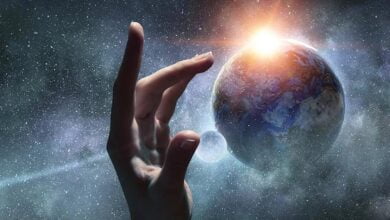 We did not appear by chance, but were created by someone 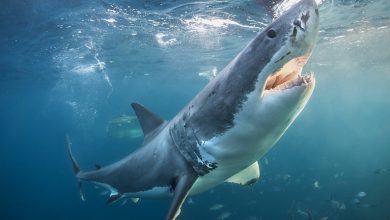 Created a wetsuit that protects against shark bites