(ORDO NEWS) — Astronomer Richard Carrington, fascinated by sunspots, observed activity on the surface of our sun every day, using an amateur telescope in his garden in London for this purpose.

On the morning of September 1, 1859, Carrington, turning his gaze to the Sun, noticed that something strange was happening to him.

He was very fortunate that he was able to observe the flash that broke out on the surface of the star, and in the midst of surprise, the scientist realized that this was a truly extraordinary event.

However, the limited knowledge of space weather that humanity had at that time did not allow us to fully appreciate the gravity of the situation: a huge coronal mass ejection released into space an enormous amount of energy, equivalent to the energy released by ten billion atomic bombs.

The negative effects of the event began to be felt on Earth approximately 17 hours later.

The day the world turned off

In 1832, Samuel Morse and Alfred Vail invented the electromagnetic writing telegraph (“Morse machine”), which quickly established itself as the world’s most widely used means of communication.

After 27 years, it was the telegraph that suffered the most severe consequences of the solar storm of 1859, when it went out of order due to electromagnetic interference that burned the cables of transmission lines.

For the first time in a long time, cities and countries were cut off from each other, which had an extremely negative impact on logistics and the economy.

The Carrington Event (an 1859 geomagnetic storm named after its discoverer) is considered the largest solar storm in the last 500 years, and its devastating effect on early wired communications showed just how vulnerable our civilization is to these kinds of events.

What do you think could happen to us today if something similar hit the Earth?

Both solar flares and coronal mass ejections are the largest explosive events in the solar system. Although these events are distinct, they very often occur at the same time, as was the case with the Carrington event. 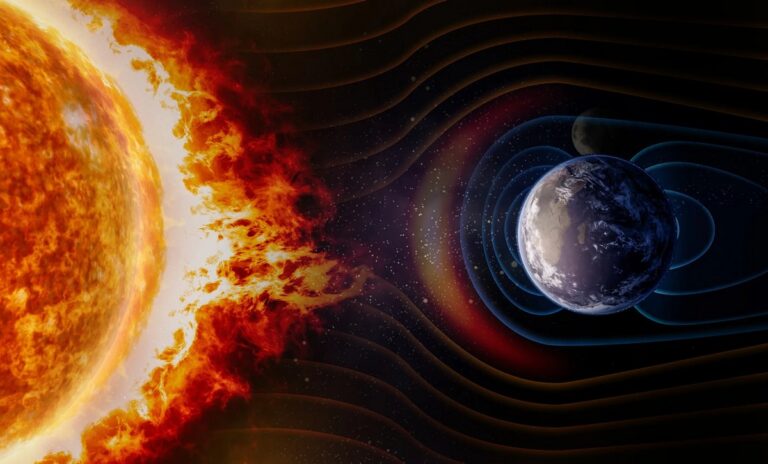 It can be said that solar flares and coronal mass ejections differ from each other, like thunder from lightning, but at the same time they have the same origin.

A solar flare is like lightning: a flash moving at the speed of light can be seen by a ground observer in 8 minutes 20 seconds. Its energy can affect the Earth’s upper atmosphere, where radio waves propagate, and therefore it can lead to communication problems.

A coronal mass ejection is the ejection of material from the corona, the outermost part of the Sun’s atmosphere, which is made up of very hot plasma (gases with electrically charged particles) that approaches two million degrees Celsius, more than three hundred times the temperature of the Sun’s surface.

Thus, this huge bubble, consisting of millions of tons of plasma ejected into space, begins to move at a speed of 500 to 2500 kilometers per hour, and if on its way it meets a planet or a spacecraft with a crew, it will affect the magnetic field, technology and living beings.

Earth still has an atmosphere thanks to the magnetosphere

Coronal mass ejections are frequent and can take up to three days to reach Earth. Fortunately, we have an atmosphere that protects us from the most damaging effects of radiation, and a magnetosphere, created by the Earth’s internal magnetic field, that shields us from almost all of the solar plasma by deflecting its flows into space.

Without the magnetosphere, the constant impact of the solar wind and particles would lead to the destruction of the atmosphere, so its vital role is obvious. Just look at Mars , which, due to the solar wind, is losing its already rarefied atmosphere at a speed of 100 grams per second.

The red planet lost its magnetosphere about 4.2 billion years ago, leaving the atmosphere (which was as dense as Earth’s but mostly carbon dioxide) exposed to intense solar wind that almost completely destroyed it.

Without a magnetic field, Earth’s atmosphere could be very different, like life as we know it.

What will be the space weather in the near future?

On July 23, 2012, in just nine days, the Earth “dodged” a coronal mass ejection similar to the 1859 Carrington event. If this solar storm had happened a week earlier, the catastrophe would have been “biblical” and we would still be trying to repair damaged systems.

According to studies, the cost of replacing a damaged electrical system in the US alone would be approximately $2.6 billion and take at least four years to complete. 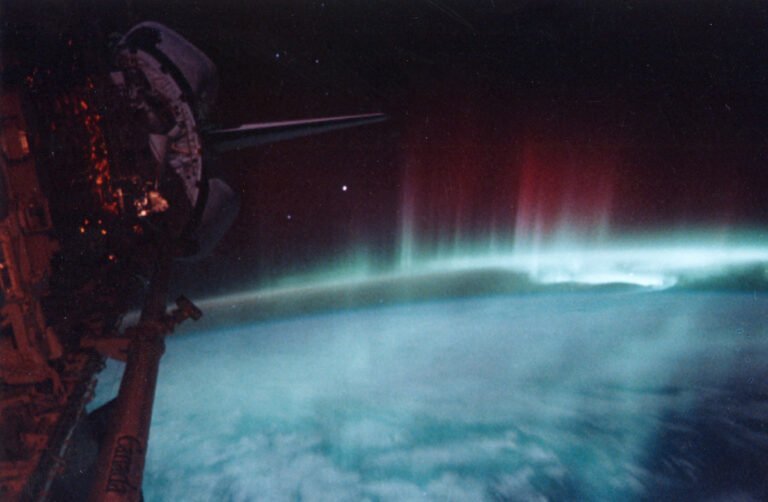 Space weather forecasting is the study of the physical processes inside and on the Sun’s surface, the interplanetary environment, the geomagnetic field, the Earth’s atmosphere and their interactions, since extreme events can affect the reliability and performance of communication networks, GPS (global positioning system) navigation, networks power supply and pose a risk to the health of people in space or flying in aircraft in the circumpolar and polar regions.

In a world heavily dependent on satellites, energy and communications, space weather forecasting has become a national security issue for many countries.

For this reason, as with rain and storms, several countries or their consortiums have Space Weather Prediction Centers or research institutes that run simulations and make predictions about when a coronal mass ejection will reach Earth.

What if it happens again?

Let’s imagine that a catastrophic solar storm occurred, for example tomorrow: due to the collapse of the power supply, millions of people will be left without cooling systems (air conditioners, fans) and communications. Lack of electricity will deprive us of the ability to store and distribute water with food.

Health services will not be able to adequately respond due to lack of communication. All banking operations – local and international – will be interrupted, and then there will be a global trade collapse.

Navigation aids such as GPS will no longer work and many businesses that depend on satellite information will immediately stop offering their services.

Due to a series of collisions between satellites, we will witness the Kessler syndrome, which means that humanity may be cut off from space forever, which will exclude the possibility of launching new satellites. 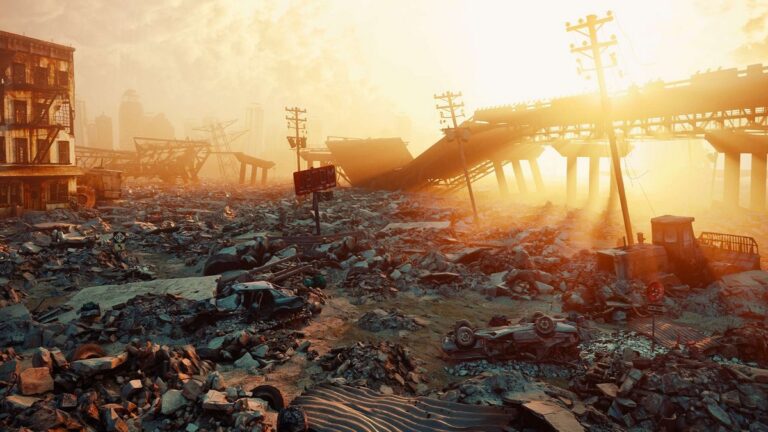 Today it is impossible to imagine a world without electricity or the Internet… but we risk experiencing it at any moment. The world would again turn out to be totally fragmented, and such an event would throw us back as a civilization, at best, decades ago.

In this Russian roulette game that we have been playing with the Sun for billions of years, there is a 12% chance that a catastrophic solar storm will hit the Earth within 10 years. That’s why it’s important to have contingency plans: the most unexpected and most dangerous disaster can happen at any moment.