(ORDO NEWS) — In 2020, a team of astrobiologists led by Professor Jane Greaves from Cardiff University in the UK announced the discovery of large amounts of phosphine , a colorless poisonous gas, in Venus’s atmosphere, which has been regarded as a biosignature since 2019.

The discovery was made using the ground-based James Clark Maxwell Telescope (JCMT) in Hawaii.

Of course, scientists refrained from loud statements, limiting themselves to only a small study, which was supposed to encourage their colleagues from other countries to pay attention to the atmosphere of the neighboring planet.

In parallel, the Greaves team, using the power of the ALMA radio telescope complex in the Atacama Desert, confirmed the presence of phosphine in the upper atmosphere of Venus.

What’s this? Error while working with data? Abiotic (inorganic) origin of the gas?

Scientists are always skeptical, so both options were considered. If everything is more or less clear with possible errors in the collection, processing and interpretation of data, then the abiotic origin of phosphine required explanation.

Scientists have tried to connect its presence with intense exposure to ultraviolet radiation, and even volcanoes with lightning (it is worth noting that both of the latter phenomena have no confirmation). However, none of this explained such a high concentration of phosphine.

It turns out that a mistake was made when working with the data?

American scientists came to the rescue, who carefully studied the archives of the NASA Pioneer-Venus-2 mission (the device was sent to Venus on August 8, 1978).

In the old, long forgotten data collected by the mass spectrometer of the device, signs of the presence of phosphine in the atmosphere of the “hellish” planet were found!

In 2021, a team of researchers from the Massachusetts Institute of Technology (MIT) published a study in which they explained why the upper atmosphere of Venus could be a comfortable enough place for some microbes to live, which could “inherit” phosphine. 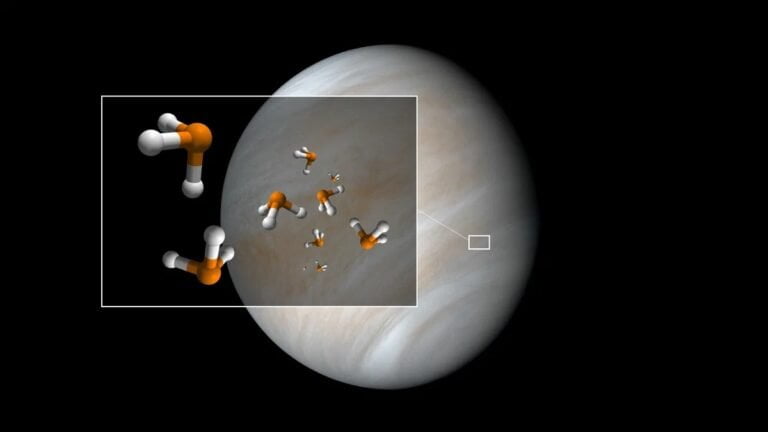 In short, ammonia, with the support of ultraviolet light, can set off a long chain of chemical reactions that, in theory, can turn the clouds of Venus into a rather hospitable place (which cannot be said about the surface).

We have some strong evidence that life exists in the upper atmosphere of Venus. However, as the great Carl Sagan said: “Extraordinary claims require extraordinary evidence.”

Hoping to get extraordinary evidence, private New Zealand space company Rocket Lab has decided to send the Photon probe to Venus in 2023, to be launched on its own Electron rocket.

Then, between 2028 and 2030, two NASA missions VERITAS (orbiter) and DAVINCI (orbiter and descent vehicles) will start at once. DAVINCI will be of particular value, as the purpose of the mission is an unprecedented study of the atmosphere of Venus in all details.

So, if Photon from Rocket Lab does not give an exact answer to the question of the presence or absence of life in the atmosphere of Venus, then all hope is on DAVINCI.