(ORDO NEWS) — What makes people happy? Many researchers have tried to understand this issue. The level of happiness depends on a number of factors, including financial well-being, social support, a sense of personal freedom, and more.

The maps below use data from the World Happiness Report and color-coded the weighted averages of happiness across 146 countries.

The report gives average scores from 2019 to 2021 and shows which countries are the happiest or most unhappy and why.

The translated figures illustrate data from surveys of thousands of respondents from each country who were asked to rate subjective well-being (life satisfaction) using indicators based on the Cantril Ladder. For more information on the methodology go here .

Happiness worldwide is rated at an average of 5.6, a slight improvement from last year’s report. 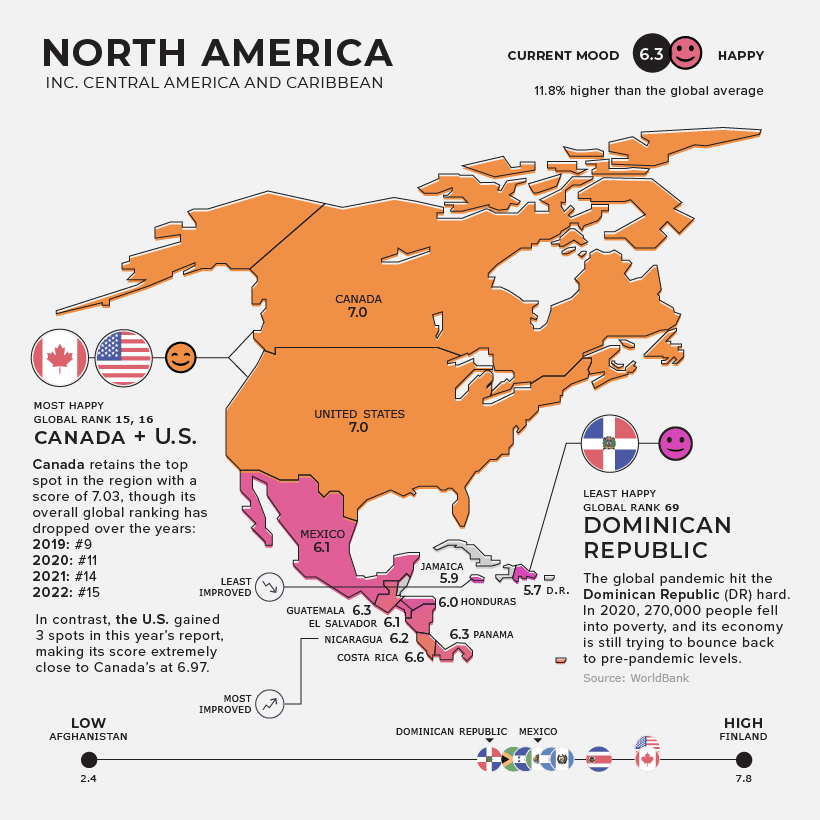 Canada ranks first in the ranking of the happiest countries in North America. However, the country has lost ground in the global rankings, ranking 15th in 2022 from 14th a year earlier.

In contrast, the US moved up three places in the new report to sit just below Canada at 6.97 (7.0 after rounding). 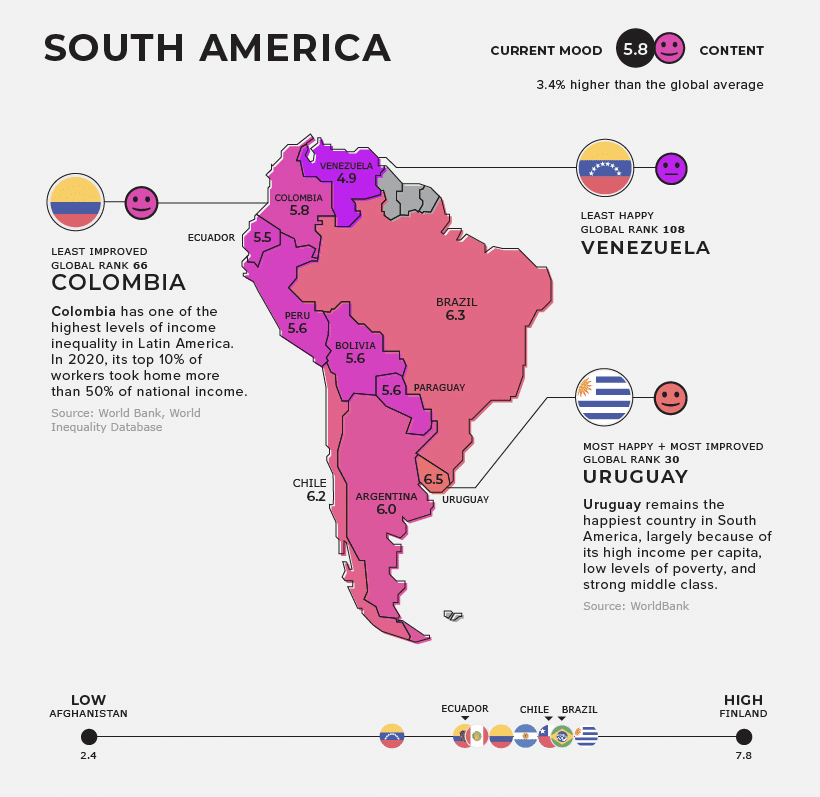 Uruguay maintains its first place in the ranking of the happiest countries in South America. The country still ranks high on the list due to its high per capita income and relatively low poverty rate. 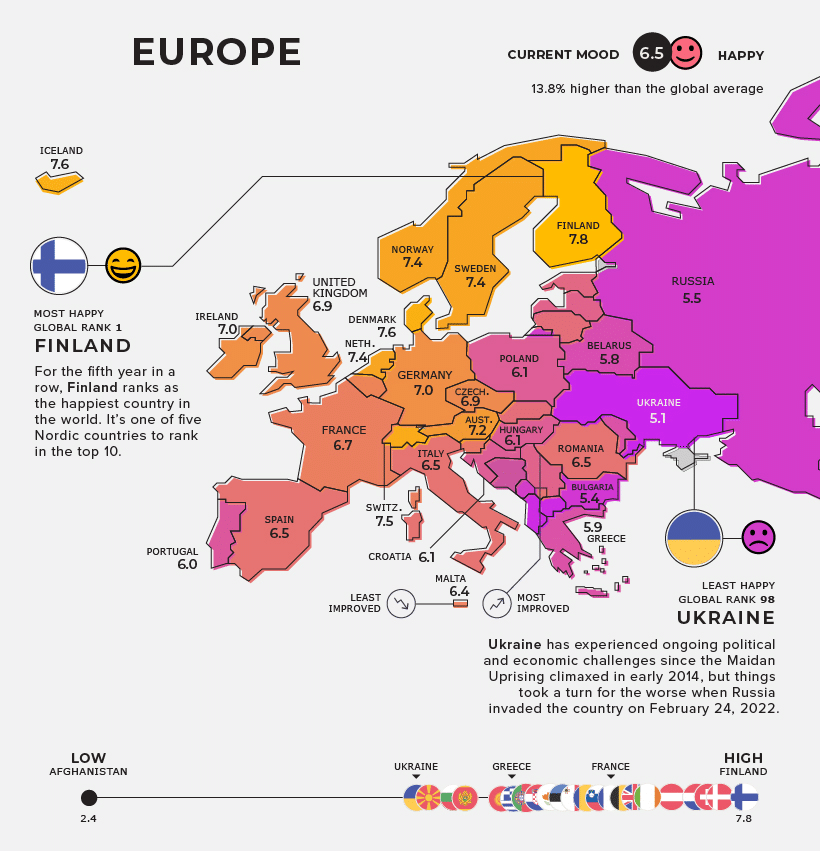 The country has experienced one of the strongest economic growth rates in the European Union over the past decade and has been able to quickly recover from the downturn caused by COVID-19. 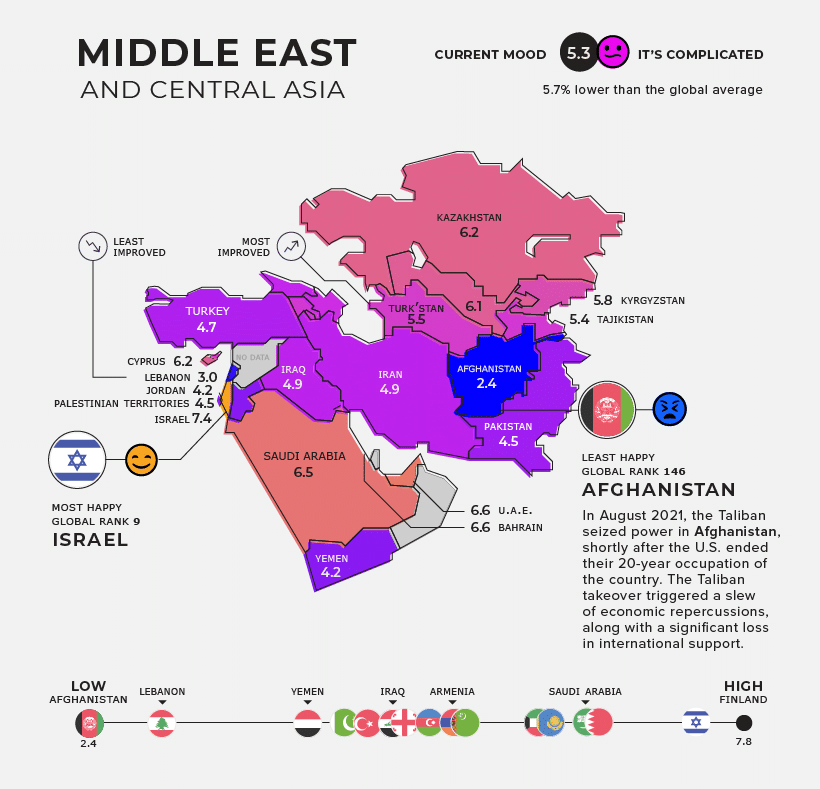 Turkmenistan is the region’s most developed country, up 19 positions in the global rankings compared to last year’s report. 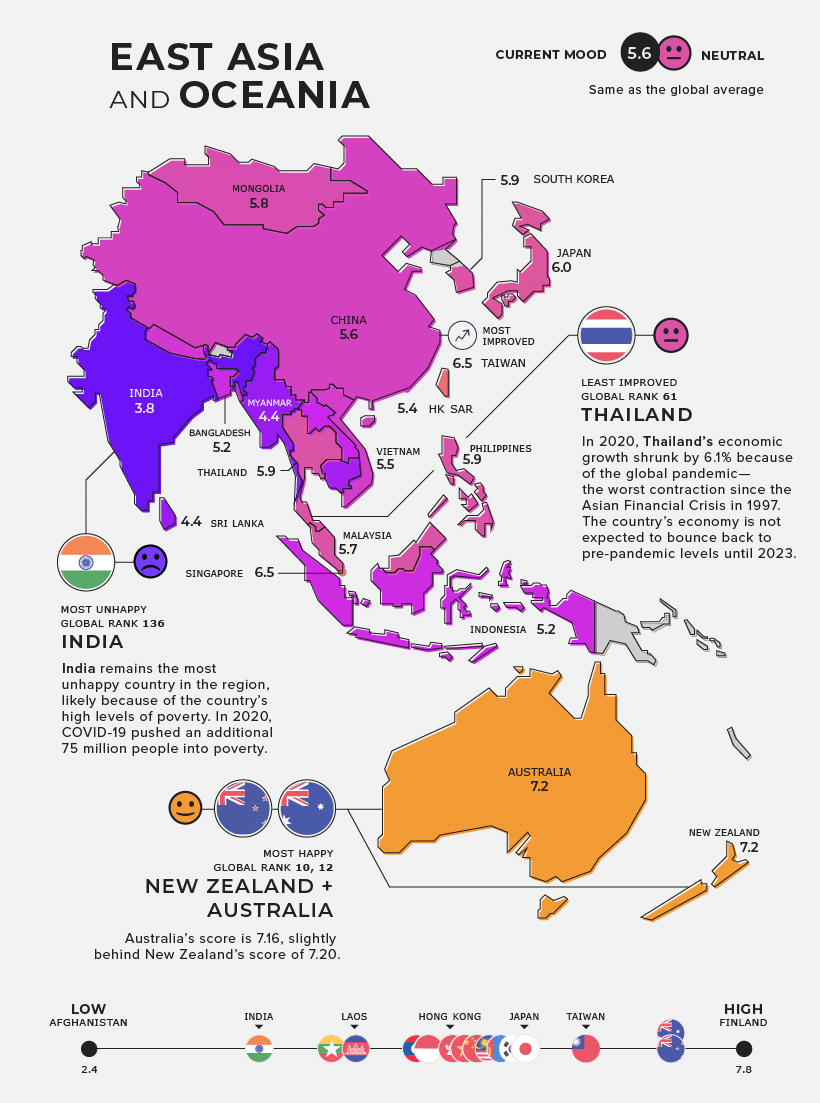 In the 2022 report, China climbed 12 places in the global rankings to become the most developed country in East Asia and Oceania.

The Chinese government has recently made “shared prosperity” a top priority and has made numerous policy changes to fight inequality and eradicate poverty. 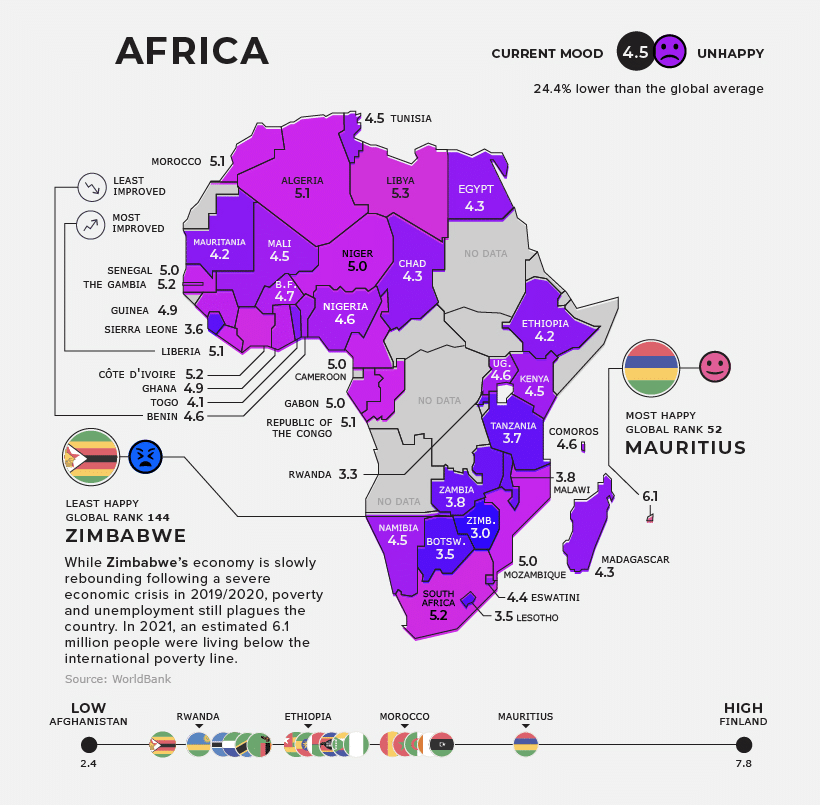 Mauritius remains the happiest country in the region, probably due to relatively high income levels.