(ORDO NEWS) — The word “senate” comes from the Latin word “Senex”, which means “old man”. Thus, the senate is an assembly of old men or elders. The Roman Senate was an executive body, where leading positions were held by prominent members of Roman society, elected for a certain period by the society itself.

The Roman Senate, originally represented by 100 senators, was founded during the royal period by the first Roman governor, Romulus . Then the senate was something like an advisory council of the king and did not have much power.

The last king of Rome, Tarquinius the Proud , wanted to get rid of the Senate and executed many of its representatives. However, with the establishment of the Roman Republic, the Senate not only regained its positions, but also began to gain strength, becoming an increasingly powerful and influential body of power.

Senate during the Roman Republic

In the early period of the Roman Republic, the senate continued to function as a consultative and council body, which was represented by about 300 senators. In that era, the magistrates had most of the executive power, and the senate only issued decrees called “Senatus Consulta”, which were more like recommendations. The magistrates could either act in accordance with these decrees, or completely ignore them.

However, over time, the senate became increasingly politically active, playing an important role in decision-making. By the third century BC. e. the senate became so powerful that it could call for the appointment of a dictator in times of emergency and large-scale wars. 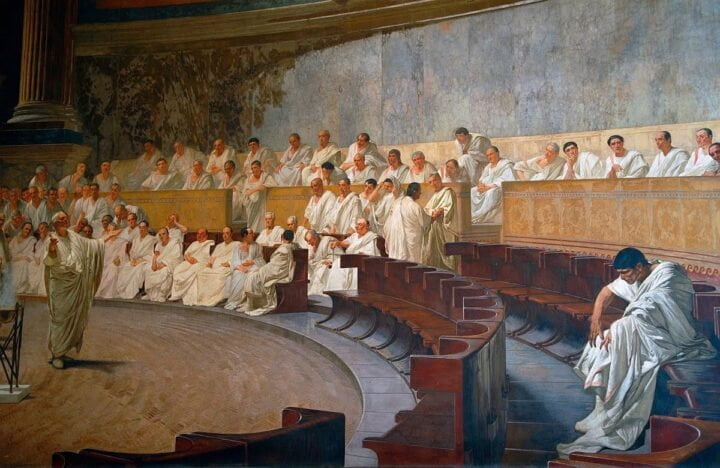 The Senate during the Roman Empire

With the fall of the Roman Republic, the senate again lost power. Of course, legally the senate still mattered, but in practice almost all power was vested in the emperor, who used the senate as the vehicle through which he dictated his will to govern the Roman Empire.

The meetings of the senate were mostly presided over by the emperor, and senators were discouraged from dissenting from any bill that was approved by the emperor. Whenever a bill was presented to the senators for approval, all dissenters corny abstained from voting, but did not cast a vote against.

In one form or another, the senate lasted until the seventh century CE. e. It is widely believed that by 630 A.D. e. the senate ceased to function as a governing body in the Western Roman Empire.

The title “senator” turned into a symbolic title of nobility that had nothing to do with membership in a real governing body. However, in the Eastern Roman Empire (Byzantine Empire), the senate lasted until the early thirteenth century.

Who are you, senator?

Senators were mostly from prominent and wealthy families. They wore white tunics with a wide purple border, maroon shoes, and sometimes lots of gold jewelry.

The first 100 senators appointed by King Romulus were called “patras” or fathers, and their descendants were called patricians. This class was widely represented in the Senate in later times and wielded most of the executive power. 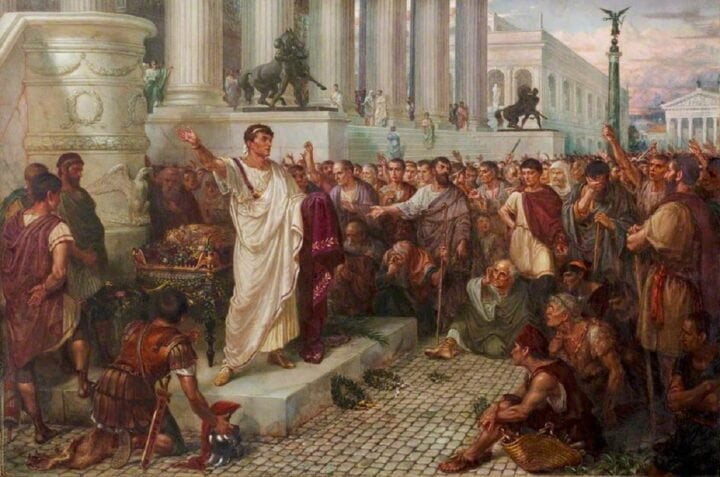 Membership in the Senate was controlled through a “censor” who was in charge of the census, supervised the financial affairs of the state, and supervised public morality. Senators, while they remained in office, were forbidden to engage in any commercial activity, as well as to leave Rome without the permission of their colleagues. In addition, the senators did not receive any salary, but given that they (most of them) came from wealthy families, they did not have to worry about their livelihood.

The Senate could meet anywhere, provided that the place was not more than one mile from the city limits. Before the meeting began, sacrifices had to be made to the gods, as well as a search for divine omens to ensure that the time and place were favorable for the meeting to take place.