(ORDO NEWS) — The ancient Greeks loved to learn! They believed that gaining new knowledge was one of the best ways to pass the time. Greek schoolchildren, unlike modern schoolchildren, did not consider learning a dull routine and looked forward to the opportunity to “pump the mind.”

In the very early history of Greece , only wealthy people could receive an education. Boys with wealthy parents had their own mentors from childhood, who taught them mathematics, writing and military affairs. What children were predominantly taught depended heavily on where they lived in Greece.

For example, if a boy was born in Sparta , then almost all the time allotted for education was spent preparing for an imminent war. In Athens, less focused on military affairs, the boys studied several subjects.

As the boys grew older, they were taught mathematics, astronomy, writing, literature, music, rhetoric and philosophy.

As Greece became more democratic, rhetoric took an increasingly important place in the school curriculum. The Greeks believed that in a democracy a person should be able to think well, and then correctly express his thoughts.

The training in rhetoric included the regular memorization and recitation of famous speeches from the past, poems, and passages from poems. The Greeks most likely had an amazing memory! 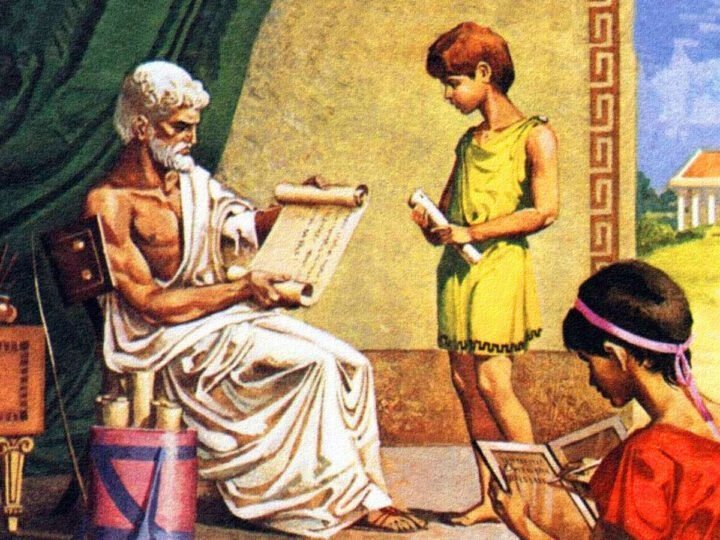 Greek girls were not taught the same subjects as boys. It was believed that it was enough for them to learn to read and write to be considered educated.

Ignoring “boy disciplines”, girls were taught skills that were supposed to help them become good housewives. They were taught to clean, cook, sew, and take care of children.

Like boys, girls’ education differed depending on which Greek city-state they lived in. In Sparta, for example, girls were also trained in military affairs, but in the most lightweight form.

In addition, girls were forced to play a lot of sports so that they would have healthy boys who could become strong warriors. In fact, in Sparta, education for girls was a long-running PE class: no reading! No homework! Only training!

There were two types of education in Ancient Greece:

The Greeks paid close attention to education, but at the same time did not forget to develop a personality and keep the body in good physical shape. From an early age, the Greeks were taught morality to help them grow up to be good people who make the world around them better. Greek education was also a regular reminder of the need for exercise. 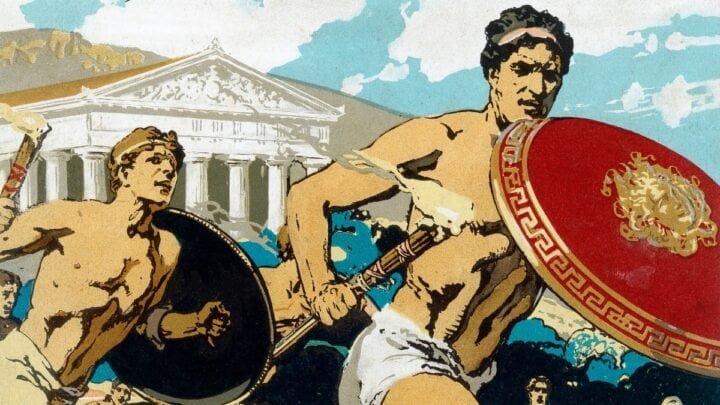 The last few years of schooling boys (already, perhaps, guys) usually spent in the gymnasium, where they worked on improving their appearance and health. In addition, in the gymnasiums, the guys were prepared for a possible war.

Throughout their education, the Greeks studied music and dance (even in Sparta). They loved music and believed that it made their lives brighter, more comfortable and happier. It was common for educated Greeks to be able to play several instruments.

The Greeks also adored philosophy and were convinced that it was possible to more or less know the world around them only after 35 years.