(ORDO NEWS) — The next season of excavations in Shahri-Sukhta brought a new collection of figurines, but did not answer the question of who built the city.

Shahri-Sukhte is an archaeological site in the south-east of Iran. The name of the object in Persian means “Burnt City”, since scientists have established that the settlement burned down almost to the ground three times. The city covers an area of ​​over 150 hectares and was founded around 3200 BC.

Shakhri-Sukhte first came to the attention of archaeologists in 1967, but due to the difficult political situation, excavations were not carried out for a long time. It was only in the 21st century that this unique settlement began to be explored on an ongoing basis.

In the current archaeological season, a group of scientists from Iran, Italy and Serbia is working in Shahri-Sukhta. They found in the ancient city a large number of different figurines – sculpted from clay and carved from stone. Most of them are images of animals, especially cows, but there are also figurines in the form of people. It should be noted that such a number of non-applied items are rarely found in settlements of the Bronze Age, and in the “Burnt City” they are found every year. 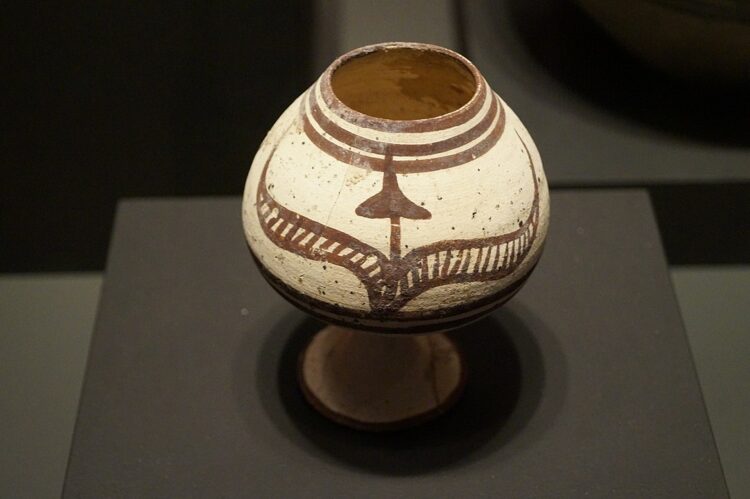 In addition, archaeologists have found a furnace – however, it is not yet clear whether it is a pottery or intended for smelting metal. But the most interesting find is the remains of a monkey (the specific species has not yet been determined). Apparently, the animal was kept in captivity in a cage. And when the monkey died, she was buried in this magnificently decorated cage.

“Since Burnt City had many trade links with eastern territories such as North India and Central Asia, we concluded that the monkey was brought from there,” commented team leader Seyyed Sajjadi. – Another question is that in the ancient world, monkeys, in fact, were considered luxury and aristocratic property. They were imported to give people of certain social classes, representatives of the elite: merchants, local rulers and religious authorities. ”

I must say that today, according to Iranian archaeologists, four to five percent of the territory of Shahri-Sukhte has been excavated, and we still know depressingly little about the amazing civilization that founded the city. Some scholars suggest that it belongs to the Jiroft culture (Early Bronze Age, III-I millennia BC).

But it is completely different from the main monument of the latter – Konar-Sandal, a city on two hills. Others distinguish Shahri-Sukhta into a separate – Helmand (approximately 3200-2350 BC) – culture, which includes Mundigak , located in Afghanistan.

The finds made in Shahri-Sukhta are amazing. For example, it was there in December 2006 that the oldest prosthetic eyeball was discovered – about 4,800 years old. It was made from natural resin with the addition of various impurities, and the eye capillaries were drawn on it using the finest gold wire.

The prosthesis belonged to a tall (182 centimeters) woman who died at the age of 25-30. Several earthenware vessels, decorative beads, a leather bag and a bronze mirror were also found in her grave.

Findings like these raise more questions than answers. The fact is that, judging by them (for example, by painted ceramics), the civilization of the “Burnt City” was not similar to any of those that existed at the same time: neither the Elamite, represented in Western Iran of that era, nor the Harappan ( the valley of the Indus River). And this makes it difficult to resolve the issue of its origin and predecessors. 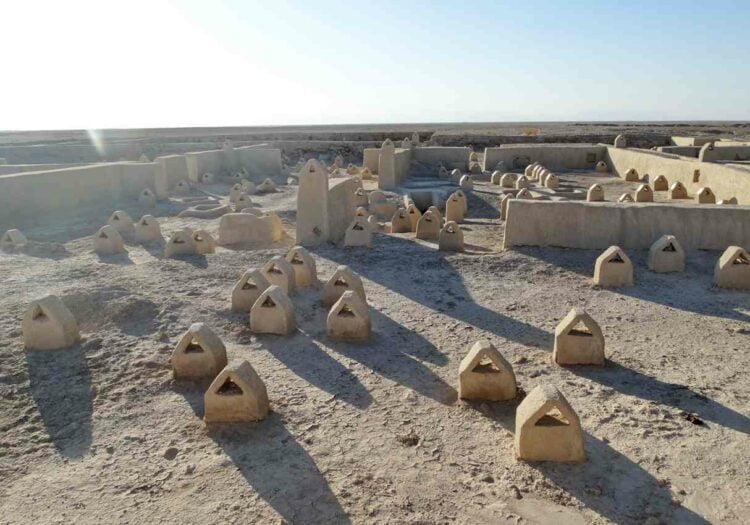 The settlement was extremely densely populated – this is clear not only from the area it occupied, but because in one of its parts archaeologists found a cemetery with at least 40 thousand people buried. The inhabitants of Shakhri-Sukhte had a developed written language.

They were engaged in agriculture, made products from ceramics, metals and fabrics, were active in trade with other lands. So far, archaeologists have not found a single sample of weapons, but this is understandable: as mentioned above, only a small part of the city has been excavated. It is unlikely that a large city could prosper and not have conflicts with its neighbors. In addition, the fate of its population is absolutely unclear.

Judging by the findings, the city was finally abandoned around 1800 BC. Today archaeologists are trying to find out what happened to the inhabitants during the last fire, where they could have moved and why the huge city was abandoned.