(ORDO NEWS) — Abu Gorab – the pyramidal temple of the solar god Ra in ancient Egyptian Memphis, on the shores of Lake Abusir. Historians have timed his introduction to the reign of the pharaoh Nyuserra (2400s BC), who actively landscaped the nearby neighborhoods of Memphis. Excavations of the Solar Temple of Nyuserra, its research and reconstruction were carried out by German archaeologists Ludwig Borchardt, Friedrich W. von Bissing and Johann Heinrich Schäfer in 1898-1901.

The sunny temple of Abu Gorab is a strange and unusual place, closed to tourists. The temple is located near the ruined pyramid of Niuserre, about one and a half kilometers northeast of the pyramid complex in Abusir on an artificial embankment.

Scientists managed to reconstruct a mysterious object. The temple consisted of three main structures. The Lower Temple, the Precession Road and the Upper Temple, surrounded by a stone wall with sides 100×75 meters. In the center of the Upper Temple was a granite obelisk about 40 meters high, which is now completely destroyed. The base for the obelisk was a truncated pyramid, about 20 m high. 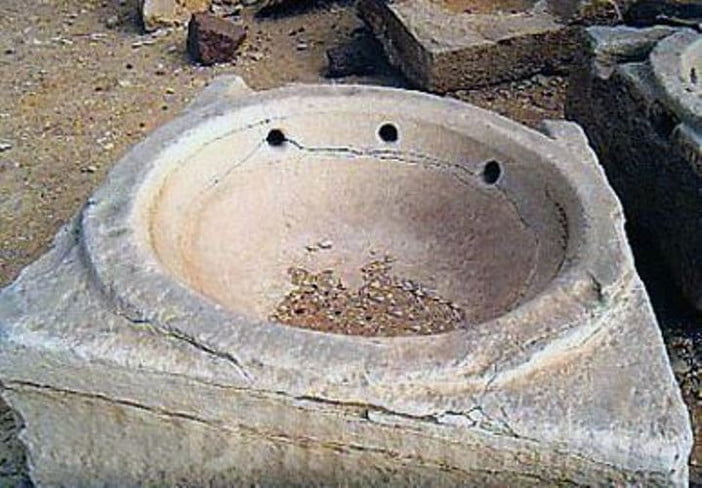 The obelisk foundation, from which only a dilapidated pedestal was left, was built of large limestone blocks and faced with pink granite slabs. Only the lower row of cladding has been partially preserved. The floor of the temple is composed of basalt slabs, the scenes of the heb-sed of Niuserre and the creation of the world by the god Ra are depicted on the walls.

On the eastern side of the temple is an open courtyard with an alabaster altar. The altar is composite, the middle is a monolithic round cylinder about 170 cm in diameter, framed by four monolithic blocks aimed at four cardinal points. 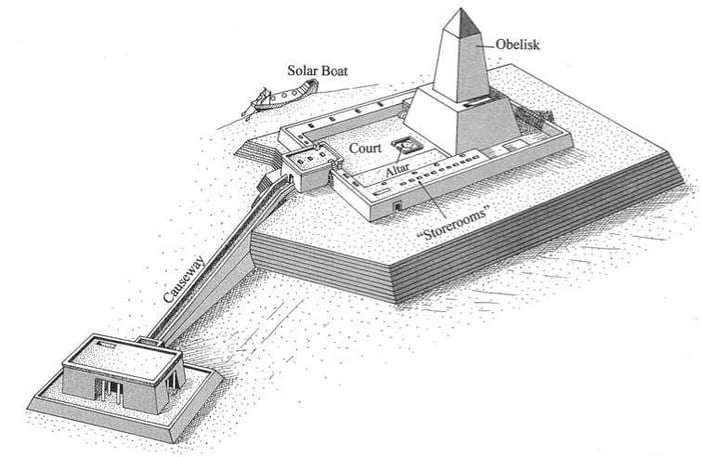 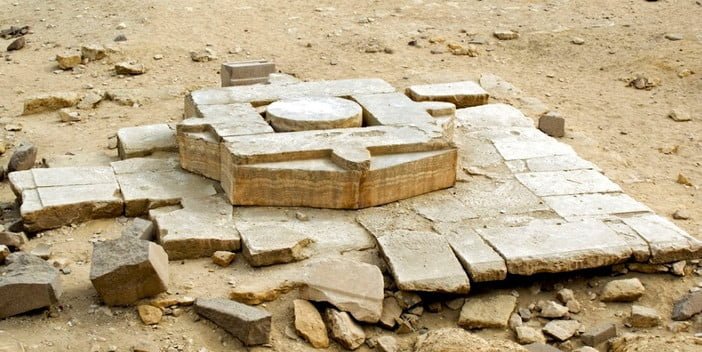 A distinctive feature of the temple are nine alabaster bowls of unknown purpose. The bowls, most of which are now arranged in a row on the eastern side of the Solar Temple, have an internal diameter of 120 cm and a different number of through holes.

Alternative historians call the Abu Gorab Solar Temple “Stargate.” Abdel Hakim Avian, a representative of alternative Egyptology, who gained fame in the West thanks to his unusual views on the ancient history of Egypt, wrote in his writings:

“Ancient temples are much older. The reigning pharaohs only restored and preserved the buildings. Abu Gorab was designed to increase spiritual awareness through harmonic resonance, a process of energy amplification. The effect was generated by vibrations of alabaster buildings, such as a large altar or Abu Gorab geometric platform.

This level of consciousness allowed people to get in touch with the Neters (the word god, in Egypt, Noether), who were extraterrestrial beings – beings of sacred energy in the Universe.” 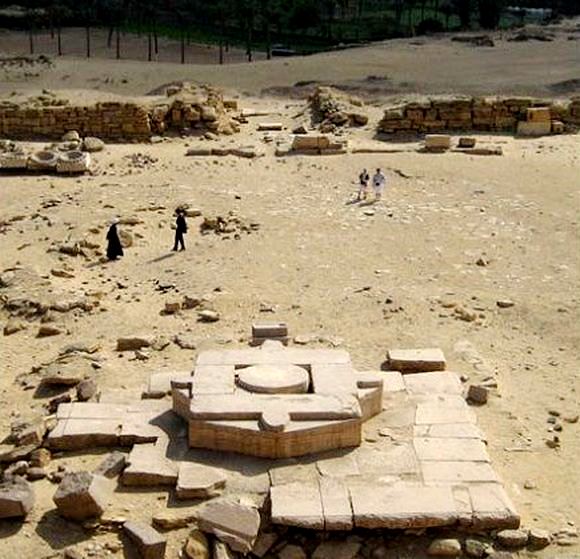 Trusting the Abdel Hakim Avian hypothesis, one can imagine a water tank and a deep shaft under the alabaster altar. The altar itself, according to Hakim, served as a pedestal for a large crystal, which, together with running water, gave rise to an energy source for the “harmonic system.”

Stephen Meller (a student of Hakim) in the book “Land of Osiris” tells the legend of the “landing” of the Nerds who appeared in physical form in Abu Gorab.

Archaeologists believe that in the Abu Gorab region, a number of similar solar temples can be discovered. But even if all the structures of the ancient Egyptians are found, can scientists understand the strange system of harmonic resonances?