(ORDO NEWS) — The newest Starlink satellites, which were launched into Earth orbit in February, could enter the atmosphere. SpaceX reports.

The company lost 40 of the 49 spacecraft that were launched on February 3 from the launch pad at the John F. Kennedy Space Center in Florida on a Falcon 9 rocket. The reason for the loss of satellites was called a geomagnetic storm that occurred on February 4.

The company explained that this natural phenomenon causes the atmosphere to warm and become denser at low altitudes.

“De-orbiting satellites pose zero risk of collision with other satellites and, due to their design, are destroyed upon re-entry into the atmosphere,” the organization explained.

SpaceX’s previously manned Crew Dragon spacecraft landed on November 8 near the US state of Florida. The broadcast could be viewed on the US National Aeronautics and Space Administration website. 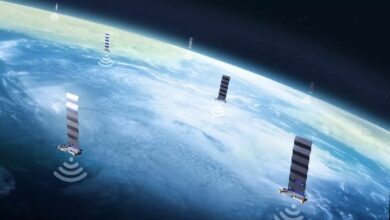