(ORDO NEWS) — Scientists have changed the direction of time using a quantum computer. The breakthrough research appears to defy the basic laws of physics and could change our understanding of the processes that govern the universe.

The researchers were able to turn back time in an experiment that is the equivalent of putting a broken rack of billiard balls back in place.

Anyone watching the computer will see the event as if time had turned back. The researchers from the Moscow Institute of Physics and Technology and supported by colleagues in Switzerland and the US expect the technique to improve over time, becoming more reliable and accurate over time.

“We have artificially created a state that evolves in the opposite direction of the thermodynamic arrow of time.”

The “time machine”, described in the journal Scientific Reports, consists of a rudimentary quantum computer made up of electronic “qubits”. A qubit is a unit of information described by a “one”, “zero”, or a mixed “superposition” of both states.

The experiment set in motion an “evolution program” that caused the qubits to become an increasingly complex shifting pattern of zeros and ones.

During this process, order was lost – just as happens when billiard balls are hit and thrown with a cue. But then another program altered the state of the quantum computer in such a way that it evolved “backward,” from chaos to order.

This meant that the state of the qubits was rewound back to the original starting point. Most of the laws of physics work both ways, in the future and in the past.

For example, if you see a video of a billiard ball crashing into another and then the same video changes, the physics will make sense and it will be impossible at the physics level to know which path is the right one.

But the universe has one rule that only works in one direction: the second law of thermodynamics, which describes the progression from order to disorder.

If you saw a video of someone smashing a perfectly placed triangle of billiard balls into a mess, for example, then looking back would obviously look pointless.

The new experiment is like giving a pool table such a perfectly timed hit that the balls roll back into an ordered pyramid.

The scientists found that by working with just two qubits, “time reversal” was achieved with an 85 percent success rate.

When three qubits were involved, more errors occurred, resulting in a 50 percent success rate. Error rates are expected to drop as scientists improve devices that used to be more complex, said the researchers behind the discovery.

The experiment could have practical applications in the development of quantum computers, the scientists said.

“Our algorithm can be updated and used to test programs written for quantum computers and eliminate noise and errors,” said Dr. Lesovik. 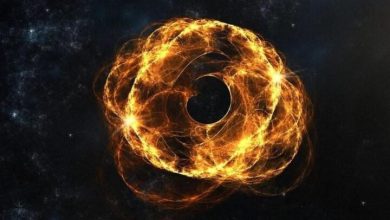 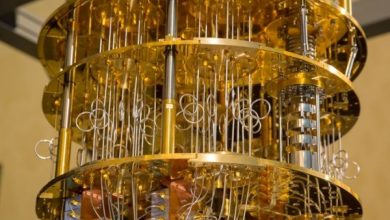