(ORDO NEWS) — The authors of a new study , published in the journal Nature, managed to perform the first quantum “simulation” of a holographic wormhole (wormhole or Einstein-Rosen bridge) using a quantum computer.

Unfortunately, they didn’t generate a real tunnel through spacetime , but they managed to create a quantum machine that behaves just like a particle traveling through a wormhole.

As you know, the existence of wormholes is allowed by some solutions of the general theory of relativity, which is still our best understanding of the nature of gravity.

However, we know that the theories of relativity (general and special) are still limited, since they stop working with quantum mechanics (with the microcosm).

Combining these two theories is one of the key areas of modern physics , and one way to do this is through quantum gravity, which is a branch of theoretical physics that aims to describe the gravitational interaction in a quantum way.

Among the problems of creating the theory of quantum gravity is the so-called holographic principle.

This can simplify our understanding of many “problematic” phenomena in the universe.

One such problem is wormholes. General relativity allows for the existence of wormholes, but their existence requires negative energy, a form of energy that has not yet been detected in the universe.

But theoretical work in the field of quantum gravity has found a possible similarity between the predicted mechanism of how wormholes function and a phenomenon called quantum teleportation.

And then, following the holographic principle, scientists decided to use a quantum computer to create a holographic model of the Einstein-Rosen bridge, based on quantum teleportation.

Such an atypical approach made it possible to conduct the first ever test of quantum gravity, using for this purpose a quantum computer based on the Google Sycamore processor (Sycamore processor), which consists of 53 qubits (the experiment involved “only” nine).

During the experiment, which is mentioned at the beginning of the article, the qubit was teleported through the processor in the same way as if it were traveling through a passable wormhole in two dimensions. 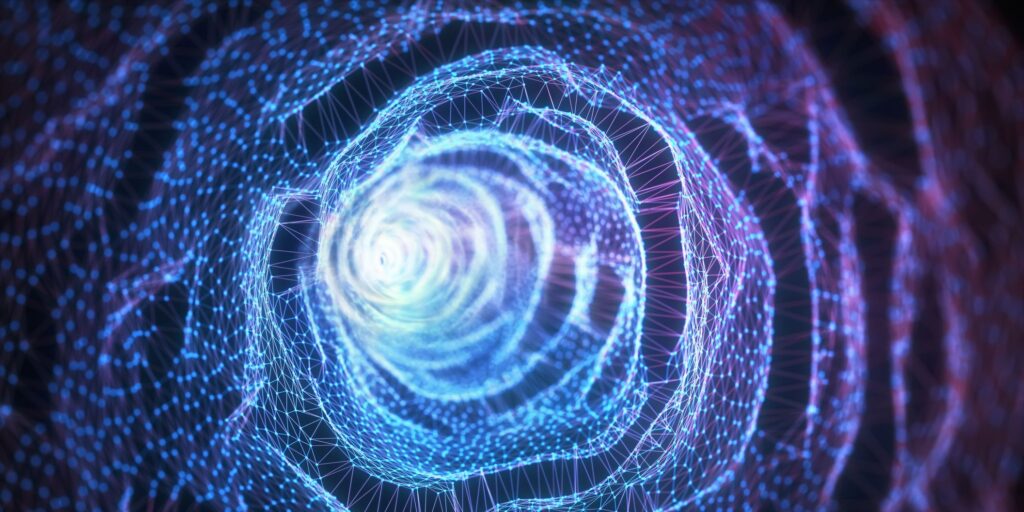 “We have found a quantum system that exhibits the key properties of a gravitational wormhole that is small enough to be implemented on modern quantum hardware,” commented Maria Spiropoulou, experimental physicist, professor at the California Institute of Technology and lead author of the study.

The team behind the study acknowledges that the current experimental understanding of a wormhole is a rough, very crude one, but it is a decisive step forward in the development of methods for studying quantum gravity.