(ORDO NEWS) — One of the global modern problems of mankind is the development of resistance (resistance) of microorganisms to antibacterial drugs. The discovery of the bacteriostatic properties of mold dates back to the 19th century, but the widespread use of antibiotics began during World War II.

At the same time, since the late 1960s, pharmacologists have been modifying existing drugs, as bacteria developed resistance to them. Since then, fundamentally new types of antibiotics have not been synthesized. Progressive antibiotic resistance is forcing scientists around the world to look for alternatives.

One of the promising areas in this area is bacteriophages, or bacteriophages viruses, discovered in the last century, which are able to cure patients in cases where antibiotics are powerless.

Georgian researchers from the Research Institute of Bacteriophage, Microbiology and Virology are actively working on the introduction of a new method of bacterial therapy. They already have hundreds of registered cases of recovery. Lenta.ru talks about the promising results of bacteriophage research.

The global problem of humanity

During the last century, one of the most significant developments in medicine has been the discovery of antimicrobials.

Thanks to the invention and introduction into clinical practice of penicillin, humanity has been able to significantly increase life expectancy. However, the often irrational and widespread use of antibiotic therapy “just in case” leads to infections becoming resistant to treatment.

According to a 2019 World Health Organization (WHO) report, at least 700,000 people die every year due to antibiotic resistance.

Infections caused by resistant strains of microorganisms are difficult to treat, more severe, more likely to require hospitalization and the use of combination therapy using alternative drugs. As a result, the recovery of the patient becomes more difficult, more expensive and creates conditions for the spread of the epidemic.

One of the causes of the antibiotic resistance crisis was the easy availability of antibacterial drugs, as well as the prevalence of self-medication and the unreasonable prescription of antibiotics by doctors. The COVID-19 pandemic has further exacerbated the existing problem.

Lack of basic awareness about the impact of antibiotics on viruses and fear of a new unknown infection have increased over-the-counter access to antibiotics, especially in low- and middle-income countries where access to medical facilities is difficult and sales of antibacterial drugs are poorly controlled, write employees of the Central Research Institute of Epidemiology of Rospotrebnadzor.

Of those admitted to the hospital, only 15 percent of patients who were diagnosed with relevant bacterial infections needed antibiotic therapy.

The impact of antibiotics on coronavirus infection was also studied by Chinese scientists from the Huazhong University of Science and Technology. They analyzed data from 1,500 COVID-19 patients who were admitted in moderate condition.

996 patients were given antibiotics during the first two days after hospitalization, and the second group was either not given antimicrobials at all or was prescribed two days later.

It turned out that the coronavirus went into a severe stage in 36 percent of the subjects from the first group and 22 percent from the second. As a result, the scientists concluded that the use of antibiotics for COVID-19 is associated with a higher likelihood of developing a severe course of the disease.

Very soon, some types of antibacterial drugs – for example, the third generation of the cefasporin class – may lose their effectiveness, as at the beginning of the COVID-19 pandemic, a number of European medical institutions tried to treat the virus with antibiotics.

At WHO, the problem of antibiotic resistance is raised regularly, and recently it was included in the list of the ten most serious threats to humanity. The World Health Assembly in 2016 adopted the Global Action Plan to Combat Antimicrobial Resistance, which provides a set of measures to address the problem comprehensively.

Bacteriophages, or simply phages, are one of the promising ways to combat antibiotic resistance in infections.

They are tiny viruses that are ubiquitous on Earth and can only attack bacteria or pathogens. Like most viruses, bacteriophages reproduce in host cells, are able to reproduce in bacterial cells and cause lysis (dissolution) in them.

Phages have a significant effect on the composition, dynamics, and activity of microbial clusters, on the evolution of microbes and their interaction, and are involved in the control of the expression of microbial own genes.

Officially, bacteriophages were discovered in 1915-1917, when they were independently discovered by Frederick Twort and Felix d’Herelle.

The advent of modern technical equipment of laboratories and the improvement of methods for preparing preparations for microscopy have made it possible to study bacteriophages more thoroughly.

It turned out that the structure of phages is extremely diverse and more complex than that of plant viruses and some human and animal viruses.

Bacteriophages have strict specificity, which means that they are able to parasitize only a limited range of microorganisms, for example, only streptococci or staphylococci.

The possibility of using phages to treat bacterial infections was of interest to scientists as early as the 20th century, but the advent of penicillin caused the suspension of work in this area. Due to the widespread growth of antibiotic resistance and problems with the synthesis of new types of antibiotics, interest in phage therapy has reawakened in the scientific community.

Research in the field of bacteriophages is currently being carried out in Georgia, Poland, France, Germany, Finland, Canada, the USA, Great Britain, Mexico, Israel, India, and Australia.

Georgia is one of the leading countries in the field of study and application of bacteriophages. In a small Caucasian country, the study of phages began in the 20th century. Georgian scientist Georgy Eliava in the 1920s worked at the Pasteur Institute in Paris together with one of the discoverers of bacteriophages, Felix d’Herelle.

Upon returning to the USSR, Eliava managed to convince Joseph Stalin to open the Institute of Bacteriophages in Tbilisi, but he himself was subjected to political repression in 1937, was arrested and shot.

Now the institute continues the work started by Eliava and has achieved significant results. One telling case was the cure of a Belgian woman who had suffered from a serious bacterial infection for more than two years.

The prescribed therapy did not help her, but the bacteriophages Klebsiella pneumoniae, isolated by Georgian scientists from sewage, cured the patient in a few months.

In 2016, a 30-year-old Belgian woman was injured in a terrorist attack. After partial amputation of the pelvis and fixation of the femur, doctors assessed her condition as stable and prescribed antibiotics. Four days later, she went into septic shock, a highly life-threatening condition that occurs in response to a severe infection.

Doctors prescribed long-term therapy with large doses of antibiotics, but this did not help. During two years of treatment with antibacterial drugs, the patient developed side reactions, and necrosis (death) of the transplanted muscle tissue began.

In addition, she had persistent fever and impaired renal function, which was accompanied by mucormycosis. Doctors offered the patient an experimental treatment with bacteriophages.

The ethical committee of the Belgian hospital approved the use of experimental phage therapy back in 2016, and the patient signed an informed consent to the experimental treatment.

However, doctors for a long time could not agree on whether such therapy could be applied and how to use it. Since the pharmacological data of this type of therapy were not very extensive, it was decided to inject phages directly into the focus of inflammation using a catheter. However, the patient continued to take antibiotics.

Doctors noted a positive effect after a few days, but the combination therapy was fully evaluated only three months later: the patient had no purulent and necrotic lesions, the sensitivity of the muscles of the left thigh was restored, she gained weight and felt better.

Blood tests confirmed the positive dynamics, and computed tomography showed that the femur had partially recovered. No growth of bacterial cultures was observed in the samples of bone fragments.

Another patient who managed to be cured with the help of bacteriophages was a 34-year-old American mechanical engineer whose bacterial disease became chronic and lasted for six years.

In a conversation with Agence France Presse journalists, he said that he felt better after two weeks of therapy. The patient said that in the USA he tried all possible methods of treatment, after which he decided to come to the Tbilisi Institute.

This is just one of hundreds of patients who come to Georgia from all over the world for phage therapy, when the traditional arsenal of antimicrobials no longer helps.

Mzia Kutateladze of the Institute of Bacteriophages believes that this type of therapy needs additional clinical studies so that governments of other countries can approve this method of treatment.

In 2019, the US Food and Drug Administration (FDA) approved clinical trials on the use of bacteriophages to treat secondary infections in patients with COVID-19.

In addition to the use of bacteriophages in the field of medicine, they are also promising for use in agriculture, both in animal husbandry and in crop production.

They are supposed to be a cheap alternative to antibiotics in protecting crops and animals from bacteria. The Tbilisi Institute of Bacteriophages has already conducted a number of studies on cotton and rice. 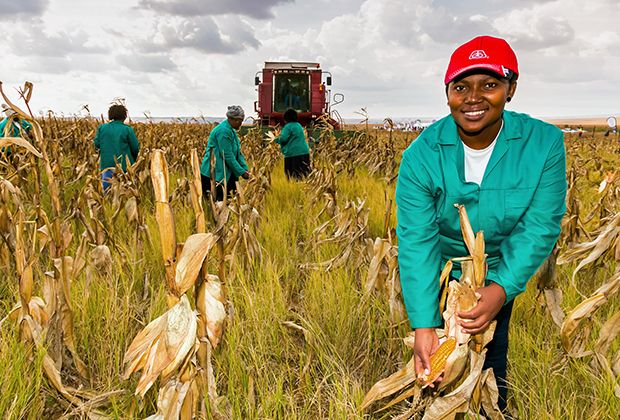 The American non-profit organization Phages for Global Health (PGH) is developing a number of programs for the production and supply of bacteriophages to Africa and Asia for use in agriculture.

The founders of the company believe that phage treatments can be priced competitively with antibiotics and allow farmers to use them to fight harmful bacteria.

Bacteriophages can also be used in countering biological weapons and bioterrorism. In 2018, scientists at Brigham Young University published a paper investigating the potential of phages to defend against biological attacks using anthrax.