US, WASHINGTON (ORDO NEWS) — “There were shouts everywhere,” said Mohammad Zubair, one of the two survivors of the Airbus A320 crash on Friday in a residential area of ​​Karachi, the big city in southern Pakistan, in which 97 people were killed. perished.

After the plane hit the ground, “I regained consciousness” and “I saw fire everywhere. No one was visible,” recalls the 24-year-old, whose 53-second interview since his hospital bed have gone viral on social networks.

“There were cries of children, adults and the elderly, cries everywhere. Everyone was trying to survive.”

“I opened my seat belt, I saw the light and I tried to go in that direction. It worked. From there, I jumped” out of the aircraft, he continues in a clear voice, his face visibly unscathed after the disaster.

An official from the Ministry of Health in Sindh, the province of which Karachi is the capital, Mohammad Zubair suffered burns, but his condition is stable.

The other miracle worker is the president of the Bank of Punjab, one of the largest banks in the country, Zafar Masud, said PIA president Arshad Malik.

The Pakistan International Airlines (PIA) A320 from Lahore crashed into a residential area as it approached Karachi airport early Friday afternoon after a technical failure, killing 97 of its 99 passengers, according to Sindh health services.

After initial reports to this effect, it is not known whether the disaster also claimed lives on the ground.

Rescue operations ended at dawn on Saturday, authorities said. During the whole day of Friday, rescuers and residents had searched the rubble for bodies. An AFP journalist saw several charred bodies loaded on board an ambulance.

A recording authenticated by a PIA spokesperson heard a distress call from the pilot at the control tower in which he declared: “we have lost the engines”.

“Technically and operationally, everything was in place,” said company CEO Arshad Malik.

The pilot was experienced, according to Aviation Minister Ghulam Sarwar Khan. The aircraft, put into service in 2004, was under the colors of PIA only since 2014, according to an Airbus press release.

– Stuck in the emergency exit –

“I saw a passenger off the plane. (…) He was alive. He was talking. He asked me to save him but his legs were trapped in the emergency exit,” said Raja Amjad , a witness who had previously seen a body “fall on his car”.

Sarfraz Ahmed, a firefighter, told AFP that many of the victims were still wearing their seat belts.

At least 19 people have so far been identified. DNA tests are performed at the University of Karachi to determine who the other victims are.

Prime Minister Imran Khan, “shocked and saddened”, sent his “prayers and condolences to the families and missing persons” on Twitter.

According to Foreign Minister Shah Mahmood Qureshi, the plane had on board “many people returning home for Eid” el-Fitr, the celebration of the end of Ramadan, the most important holiday for Muslims.

The accident comes just days after the country authorized the resumption of domestic commercial flights, suspended for more than a month to combat the spread of the new coronavirus. Very few international flights had been maintained.

Frequent crashes of civil and military aircraft and helicopters have occurred in Pakistan over the years.

The last major air accident in the country dates back to December 2016. A PIA plane carrying out an internal flight had crashed in the mountainous North, killing 47 people.

PIA was one of the world’s major airlines until the 1970s. But years of financial loss, mismanagement and delays have tarnished its reputation.

The company has been involved in numerous controversies. Between March and November 2007, its entire fleet except eight aircraft had been placed on the European Union‘s blacklist. 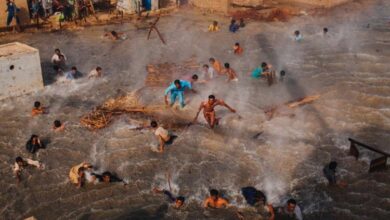 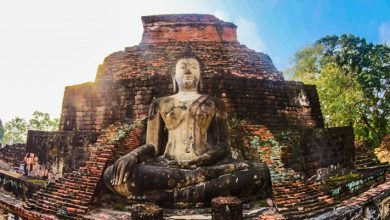 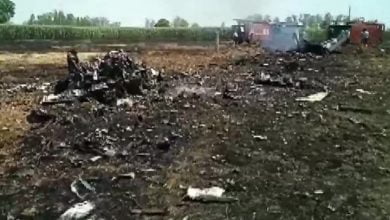 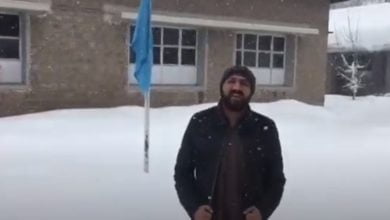 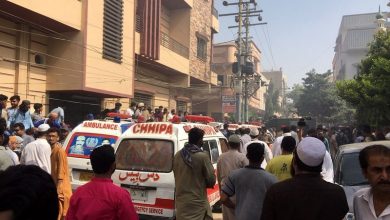