(ORDO NEWS) — In recent years, Mars has been the focus of attention from NASA, world governments, SpaceX, and billionaires who have focused on arriving on the Red Planet. Mars is an absolute obsession as “Mars mania continues”.

By all indications, Mars is a cold, deserted desert. You can go to the Atacama Desert in Chile and have a much more survivable Mars-like experience. Why is Mars so attractive? Maybe we just don’t want to be alone in the universe?

As if people have an inner desire to go to Mars. Given the danger, one might think that we could focus more on saving the environment here on Earth. Obviously we need it.

However, Elon Musk said that he intends to go to the Red Planet by 2026, despite all the dangers. One day, he hopes to establish a self-sustaining Martian civilization.

Many species on Earth have an instinctive desire to return to their homeland. To get there, they are capable of extraordinary feats of navigation and endurance.

According to the theorists of ancient astronautics, terrestrial life could have originated on Mars billions of years ago. Now we have a desire to return there, even in its current abandoned form. Although the situation looks bleak, nothing will stop us from flying to Mars.

About 4 billion years ago, Mars was more like Earth, but for unknown reasons, it lost its magnetic field. The solar winds then stripped the planet of its atmosphere. To save themselves, humans may have traveled to Earth or seeded life through organic molecules on Martian meteorites.

Remarkably, there is a physiological indication that Mars may be our original home planet.

“When astronauts go into outer space, their circadian rhythms, their body clocks, change from a 24-hour day to a 24.9-hour day; and that’s the exact rotation period of one day on Mars,” says study author Michael Bara.

Thus, Bara believes, this is evidence that people going to Mars may return there in thousands of years.

Remarkably, many people have a circadian rhythm closer to 24 hours and 11 minutes. On Mars, a day is approximately 24 hours and 40 minutes.

Here on Earth, a person’s “body clock” can range from 24.2 to 24.9 hours. When exposed to sunlight and following a daily routine, they tend to synchronize with the 24-hour day.

Humans and aliens on Mars?

It sounds unrealistic, but some argue that at present, earthly astronauts and aliens have a common base on the Red Planet.

Recently, Chaim Eshed, head of Israel’s space security service for 30 years, claimed that there is a secret underground base on Mars. There, American astronauts and aliens have been working together for many years.

Ashed claims that the US government has signed an agreement with aliens. If so, this may be consistent with the stories of President Eisenhower in the mid-1950s.

According to Philip Schneider, a highly-cleared design engineer, Eisenhower made a pact with three types of aliens. (Schneider later died under highly suspicious circumstances.)

Whether these stories are true or not, the Martian base will still exist. According to Nick Pope, a former UFO investigator for the UK Department of Defense:

“When humans go into space, we’ll need a base.”

“Because when humanity goes into space, will we need a planetary base? Mars is the right place for that,” continues Pope. 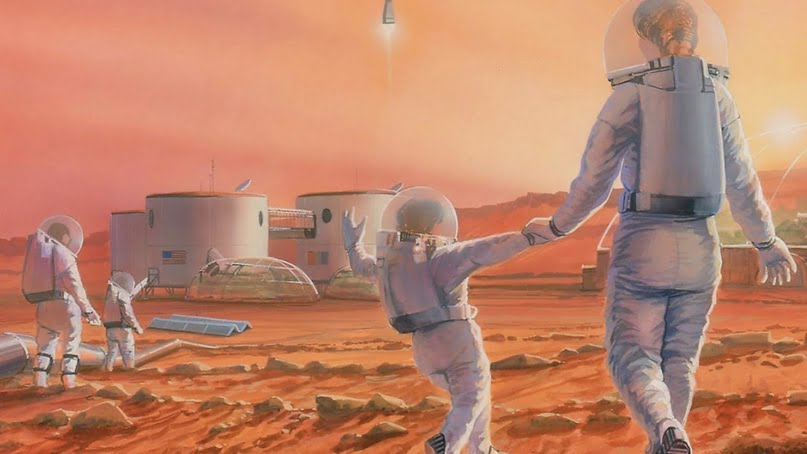 Of course, by common sense, people need a base, and what better place than our nearest neighbor planet?

For example, former Air Force meteorologist and contactee Charles Jaime Hall claims that there has long been an agreement between the government and “tall white” aliens.

In exchange for colonizing exoplanets, the tall white aliens wanted government assistance in building bases for their occasional use, Hall says.

It is noteworthy that Ashed suggested that the sharing of spaceships could be the milestone when the aliens consider humanity worthy of further contact.

Scientists recently published a study suggesting that huge lava tubes on Mars could be a suitable temporary shelter for astronauts. Similar tunnels on the moon can also serve as protection against radiation.

Perhaps the astronauts will find that life has already taken refuge there? If not American astronauts or aliens, then most likely some kind of extraterrestrial extremophilic microbes. 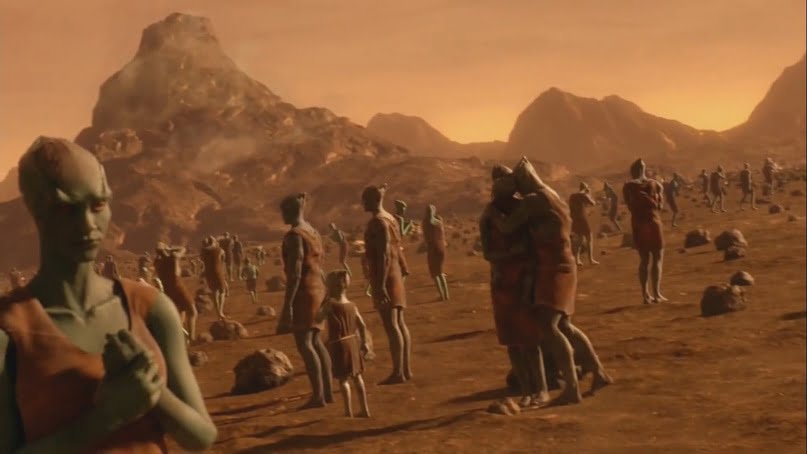 Today, NASA is partnering with SpaceX, which beat out two other private companies to win a $2.89 billion contract to put astronauts on the moon.

If successful, NASA astronauts will walk on the Moon for the first time since 1972 (assuming they’ve been there before). Ultimately, NASA hopes to get people, supplies and materials to the moon and beyond.

In essence, NASA has shifted the costs and risks to a private spaceflight company.

SpaceX founder Elon Musk recently made some interesting comments about Earth Day 2021. Laid-back and barefoot, Musk spoke to Peter Diamandis, who was running the $100 million contest.

The XPRIZE Carbon Removal Competition is the largest ever honorable mention to fight the biggest threats facing humanity on Earth: climate change and rebalancing the Earth’s carbon cycle.

“Going to Mars is like a commercial for Shackleton going to Antarctica. You know it’s dangerous, it’s inconvenient and it’s a long journey,” Musk said.

Musk then suggested that dying for a glorious adventure would be worth it. Of course, it’s easy to tell unless he’s on board a spaceship.

You may not come back alive, but it’s a glorious adventure and it’s going to be an amazing experience.”

“Yes, to be honest, a lot of people will probably die in the very beginning.” 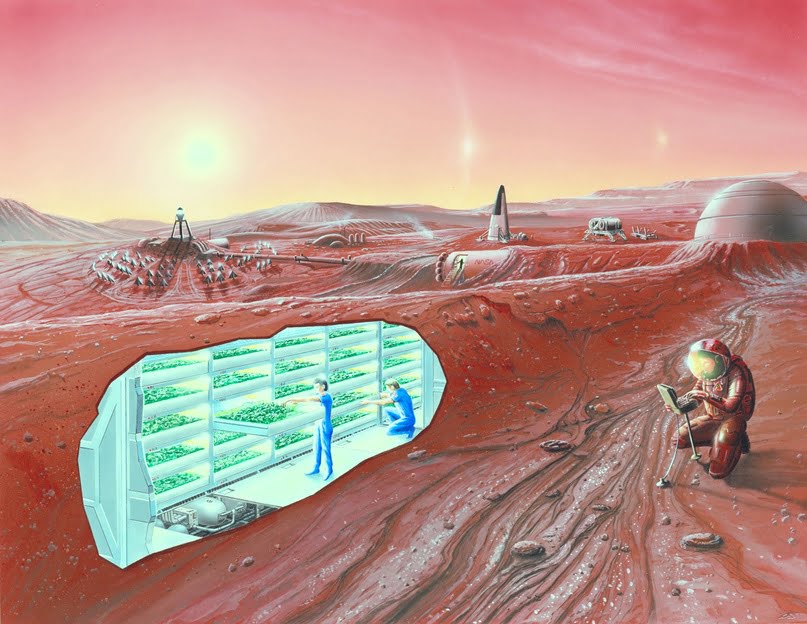 Today, Mars is barren, but there are plans to terraform the planet. Perhaps this will return it to more Earth-like conditions in the distant past.

If Elon Musk gets his way, the planet could be warmed up by detonating nuclear bombs over the Martian polar ice caps. Then, in his opinion, the created radiation will go into space. There is almost a tendency to recklessness here.

In other cases, scientists have ideas to redirect comets or asteroids to crash into Mars. So maybe it’s not so crazy after all?

According to the theorists of ancient astronautics, a similar idea could have been carried out by aliens in the past of the Earth.

In short, the current state of Mars is the opposite of the current state of the Earth. While we have too much carbon dioxide due to our activities, there is not enough on the Red Planet to create favorable global warming. It’s a pity we can’t export the excess CO2 to Mars, although that still wouldn’t be enough.

Currently, NASA’s Perseverance Rover’s MOXIE experiment aims to change what little CO2 we have on Mars into oxygen.

Since the amount of oxygen will be so negligible, a more feasible plan may be to export oxygen-producing extremophile microorganisms from Earth. About 2.5 billion years ago, it was these cyanobacteria that created our oxygen-rich atmosphere.

Unfortunately, NASA determined in 1976 that using microorganisms to create a breathable atmosphere could take thousands of years. Moreover, since Mars has lost its magnetic field, this would be a futile exercise anyway.

Therefore, the first problem is the restoration of the magnetic field of Mars. But how? 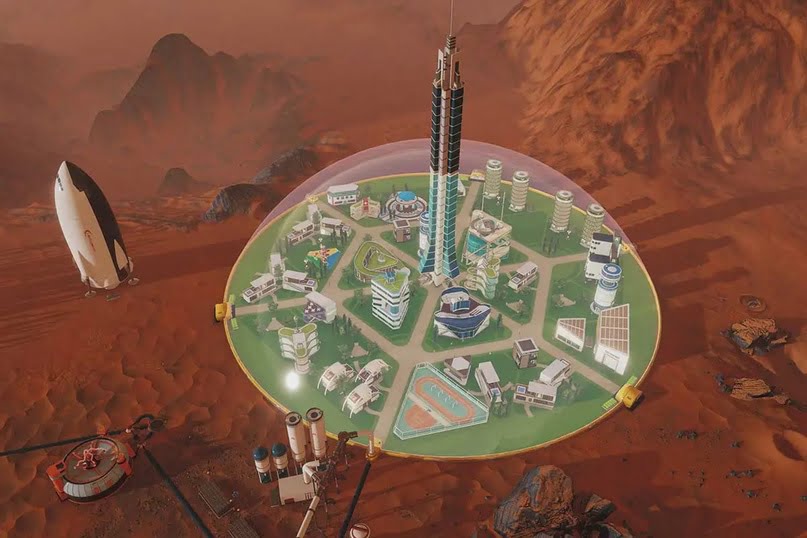 Interestingly, according to the Planetary Society:

“While we don’t have the technology to quickly shake up a planet’s core to revive its magnetic field, NASA Chief Scientist Dr. Jim Green and his colleagues have suggested that a magnetic field placed at the L1 point between the Sun and Mars, where their attractions are roughly equal, could theoretically envelop Mars and shield it from the solar wind.”

Currently, according to Green, scientists can already place a weak field at the stable L1 Lagrange point between the Sun and Mars.

Again, talk of preserving the Martian atmosphere brings us back to the ancient theory of astronauts. To save the atmosphere on their home planet, the Anunnaki came to Earth to mine gold.

They then used the gold in some unknown way to protect their atmosphere. Perhaps they created a protective magnetic field? Maybe, after all, it’s not so far-fetched? 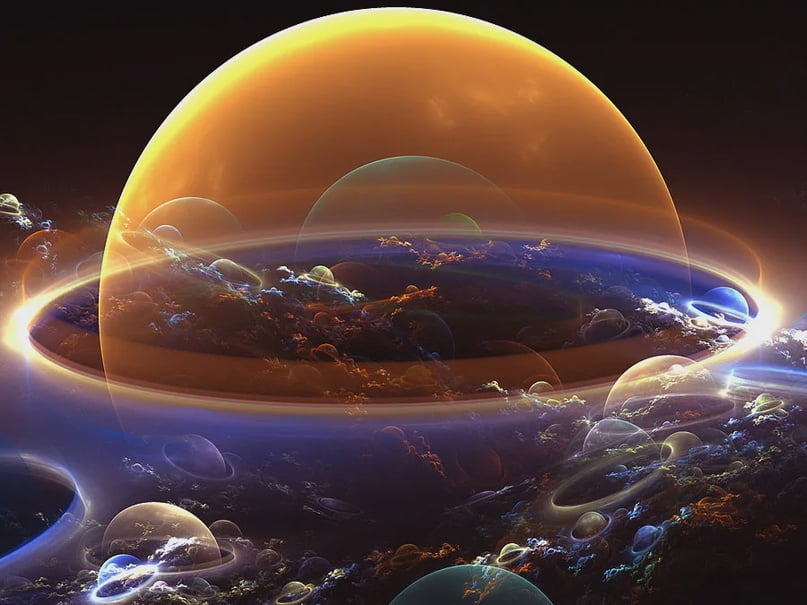 The Martians are coming home

If all goes well, then Mars may become Earth-like again. However, due to the lower gravity, conditions are likely to be similar to life in the Himalayan mountains. Think: cold, rarefied air with low oxygen content.

It is interesting that traces of disappeared ancient cultures have been preserved on Earth in the Himalayas. Likewise, Martian conditions at high altitudes in Chile seem to coincide with frequent reports of UFOs. 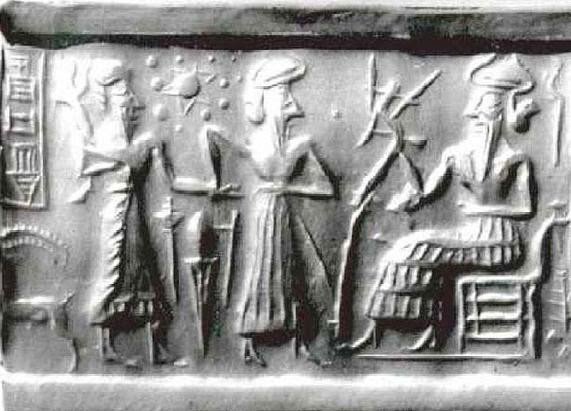 Perhaps the aliens found there just perfect conditions for themselves.

All things considered, it seems like it’s best to restore the environment here on the Blue Planet before we go to the Red. However, the arrival of astronauts on Mars seems inevitable in our quest to find other life in the universe.

As with the visit to the moon, humans will become aliens, and maybe Martians returning home.