US, WASHINGTON (ORDO NEWS) — Joe Biden will have to make important arms control decisions in his early days at the White House. These decisions will determine whether a new nuclear arms race can be prevented and reversed.

The new president, sworn in on January 20, will have 16 days until the end of START III with Russia, the last legal limitation on the world’s two largest nuclear arsenals since the Trump era.

At the same time, the future administration will have to urgently save the nuclear treaty with Iran, signed in 2015. After Donald Trump stepped out of it in 2018, it is falling apart before our eyes.

Last week, the International Atomic Energy Agency confirmed that Iran has started producing uranium enriched to 20 percent for the first time since signing the treaty. This is an important step towards being able to craft a weapon grade material.

In just a few months, Biden’s national security team will have to submit its first defense budget proposal. They will have to make the decision to continue, suspend or destroy Trump’s new nuclear weapons programs.

Biden and his closest associates are showing interest in extending START III, which limits both countries’ deployed strategic arsenal to 1,550 warheads. This step is quite possible to carry out in the remaining time, since for the extension Washington and Moscow only have to exchange official notes.

Russia is showing its readiness to extend, but the question is for how long. Biden’s candidate for the role of Secretary of State Anthony Blinken told The New York Times in November that the new administration wants to extend the deal for five years, the longest possible. However, since then there have been reports that the new national security team believes the period should be shorter, as this is a way to pressure Russia into a new treaty.

Rose Gottemoeller, who served as the main US representative in the START III negotiations, rejects these arguments.

“We will spend time trying to figure out who has more leverage while we need to negotiate a new phase of cutbacks,” Gottemoeller, now at Stanford University, told The Guardian. “In addition, we also need a five-year period in order to create a predictable environment for the modernization of our own nuclear arsenal.”

Biden’s team will also have to decide how to reconcile the renewal of START III and the desire to be tougher with Moscow on other issues, including its recent cyberattacks on US institutions.

“In the first 100-200 days of the new administration, Russia and the United States should reopen discussions on strategic stability, during which, I hope, they will address a wide range of issues and can pave the way for more formal negotiations,” said Kingston Reif. Head of the Disarmament and Threat Reduction Policy Implementation Program at the Arms Control Association.

As with START III, action on the 2015 multilateral Joint Comprehensive Plan of Action (JCPOA) must be just as urgent. Under the terms of this treaty, Iran agreed to limit its nuclear activity in exchange for lifting sanctions. Trump tried to destroy the agreement (not least because his predecessor had negotiated the agreement), he pulled out of it and embarked on a ruthless campaign of sanctions. In response, Iran began to throw off restrictions, which led to the enrichment of uranium to 20 percent.

“If Iran returns to meeting its nuclear obligations, I will again take the JCPOA as a starting point for my actions and start working with our colleagues in Europe and around the world to strengthen and extend the treaty,” Biden told Council for a Livable World. Council for a Livable World) during the Q&A series referred to by the transition group regarding nuclear weapons issues.

Getting back to the treaty, however, can be challenging. The process by which the United States will lift sanctions and Iran return to fulfillment of obligations could be controversial. The same goes for Biden’s desire to start negotiating a separate agreement to limit the number of ballistic missiles.

“We are at a tipping point”

The next series of important decisions should be made by March. By this time, the new administration will have to draw up its first defense budget, including items on the nuclear modernization program. By the time Trump’s term began, the cost of this program was more than one trillion dollars, since then the figure has only increased. The Trump administration has deployed a low-yield version of the Trident missile warhead and has begun work on sea-launched nuclear cruise missiles. This increased the cost of creating and maintaining warheads by 50 percent.

“I have a certain amount of skepticism about these programs, and I think others also,” says Gottemoeller. “I believe that these ‘additions’ will be thoroughly reviewed, after which they will decide whether we need them or not.”

“I am confident that the potential of the sea-launched nuclear cruise missiles currently in the research phase will be viewed with an open mind,” said Lynn Rusten, who served as senior director of arms control and non-proliferation at Obama’s National Security Council.

Many arms control proponents regard ICBMs as the most volatile and dangerous part of the triad. There are three reasons for this: they are static, you need to launch them when there is a threat of an incoming attack, and besides, they can be completely lost.

“We are at a tipping point where ICBMs are not yet being produced,” said Pranay Vaddi, a former senior State Department official for arms control. He now works for the Carnegie Endowment for International Peace, which made proposals for disarmament during the Biden era.

“It makes sense for us to say, ‘Hey, we want two or three hundred ICBMs instead of the 400 deployed now,” and wait for the Russians to come in to cut back.”

Many observers expect the Biden administration to return to the Obama-era policies of continuing to widely modernize the US arsenal while trying to negotiate a new bilateral deal with Russia. At the same time, there is reason to believe that it will pay more attention to the usefulness of the nuclear triad.

In 2017, Colin Kahl, who was nominated for the post of Deputy Secretary of Defense for Politico-Military Affairs, spoke about whether the United States could get by with the dyad by completely abandoning ICBMs.

In The Bomb: Presidents, Generals, and the Secret History of Nuclear War, journalist Fred Kaplan recounts a simulation by the Obama National Security Council. They simulated a situation in which Russia invades one of the Baltic countries and uses low-power nuclear weapons against a NATO base. Most of the generals were in favor of a nuclear response. But Kahl, who served as Vice President Biden’s national security adviser, voted against, saying they were “missing the big picture.”

By answering in this way, Kahl explained, the United States would lose the ability to rally the world against Russia and normalize the use of nuclear weapons. He advocated a non-nuclear response.

“I don’t think we’re just going to get back to normal,” says a former arms control official planning to work in the Biden administration. “The threats we face today have nothing to do with weapons. Security is more than just guns, bombs and tanks.” 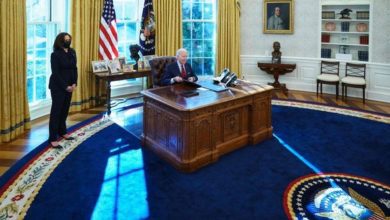 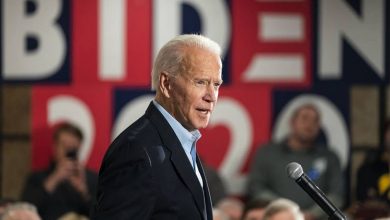