“Due to concerns about Baker’s possible involvement in the suppression of information that is relevant to public dialogue, he was fired from Twitter today,” the owner of the social network wrote in his account.

Musk previously posted on social media a link to the publication of a censorship investigation related to Hunter Biden’s laptop. The author of the investigation, journalist Matt Taibbi, claims that Twitter took emergency measures in order to prevent the story around the stolen laptop of Joe Biden’s son on the eve of the elections in 2020. 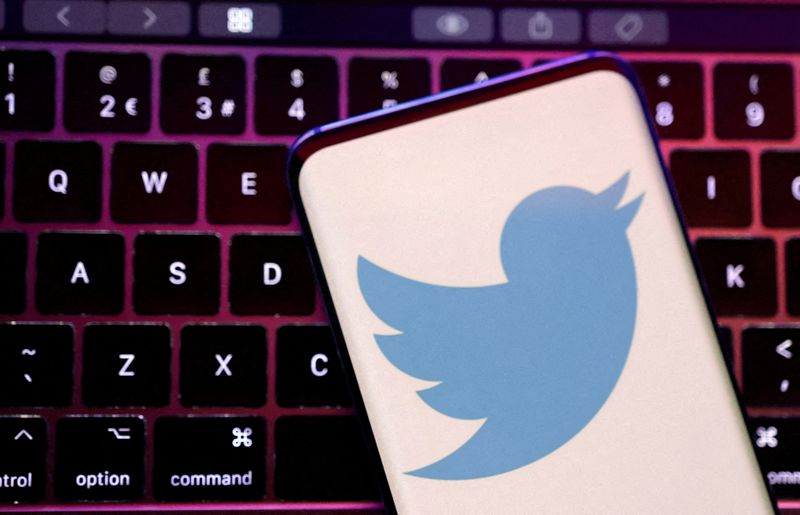 The author of the published material claims that Twitter received and satisfied requests for verification of content on the platform from both the campaign headquarters of Joe Biden and the former head of administration, Republican Donald Trump.

At the same time, according to the journalist, the leadership of the social network maintains closer contacts with the Democrats than with the Republicans. It is not yet possible to verify the authenticity of this information.

Baker’s name is mentioned in the investigation, along with the publication of his correspondence, in the context of a discussion of the incident with Hunter Biden’s laptop.

In October 2020, shortly before the US presidential election, the New York Post published a series of materials based on correspondence allegedly found on Hunter Biden’s laptop, which was found in a Delaware repair shop.

The owner of the workshop made a copy of his hard drive, which was given to Rudy Giuliani, a former mayor of New York and personal lawyer of then US President Donald Trump. The laptop was reportedly later seized by the FBI. The Daily Mail newspaper wrote that the photographs found on the laptop may indicate the involvement of Biden Jr. in criminal activities in the field of drug trafficking and prostitution.

House Oversight Committee Republican James Comer promised in November an investigation into US President Joe Biden about whether his family was involved in international business schemes and whether the American leader is a national security risk.

According to the legislator, the son of US President Hunter entered into business connections around the world and could become a millionaire simply by providing access to high-ranking members of his family. Among other things, as Comer pointed out, Hunter Biden could be connected to human traffickers, and evidence of the controversial activity is contained in his laptop.

American businessman and billionaire Elon Musk posted a poll on his Twitter account whether WikiLeaks founder Julian Assange and former US intelligence officer Edward Snowden should be pardoned.

“I do not express an opinion, but I promised to conduct this poll. Should Assange and Snowden be pardoned?” Musk wrote.

The question can be answered either “yes” or “no”.

Assange faces 175 years in prison in the United States, where the 51-year-old Australian was charged with revealing the largest body of classified information in the history of the country. He is currently trying to appeal to the ECtHR the decision to extradite him from the UK to the US. Assange rose to prominence in 2006 in connection with his work on the website WikiLeaks, founded to publish classified documents.

In 2010, the site made public a secret video of the US military, which showed how, after the attack of an American helicopter in Baghdad in 2007, at least 18 civilians were killed. In 2010, the site also began publishing 250,000 US diplomatic documents. In addition, Assange hosted a program on the RT channel, the premiere of a TV project called “The World Tomorrow” on the Russia Today channel took place on April 17, 2012.

Snowden in June 2013 initiated a major international scandal by handing over to the Washington Post and Guardian newspapers a number of classified materials about the surveillance programs of the US and British intelligence services on the Internet. After that, he flew to Hong Kong , and from there – to Moscow, where for some time he was in the transit zone of the Sheremetyevo airport.

After refusals from a number of other countries, Russia granted Snowden temporary asylum for a year on the condition that he cease his activities against the United States. In August 2014, Snowden received a three-year residence permit in the Russian Federation, subsequently he was issued an indefinite residence permit. At the end of September 2022, Snowden received Russian citizenship.

At the end of October, Musk finally closed the $44 billion deal to acquire Twitter. He promised to liberalize the editorial policy of the social network, which was widely criticized for severe censorship, and create a content moderation council, but until the council works, do not make global decisions about editorial policy and the restoration of blocked accounts. Musk also warned that the social network “is going to do a lot of stupid things” in the near future. The company intends to “keep what works and change what doesn’t work.”

In Australia, a teenager captures a “creepy face” in the clouds

In Australia, a teenager captures a “creepy face” in the clouds