The rocket took off on Wednesday (May 4) from the Sunan Space Center, near the North Korean capital of Pyongyang, at 12:03 local time, according to a New York Times report based on South Korean military intelligence. North Korea provides little official information about its missile activities.

South Korean President-elect Yoon Suk-yeol will take office on May 10 and is “expected to be more hawkish with the North,” the New York Times reported, adding that Yoon will meet US President Joe Biden in Seoul on May 21, ” to discuss how to deal with the growing military threat.”

Last month, North Korean leader Kim Jong-un said his country was preparing to expand its nuclear arsenal “as fast as possible” because nuclear weapons are a “war deterrent” that could also be used “if any forces try to violate fundamental interests of our state.”

All of these quotes are from a report by The New York Times, which is believed to have originally translated from Korean.

The ICBM flew at an altitude of 600km and traveled 1,100km from the launch site before crashing into Japanese waters, Japanese authorities determined, according to Reuters.

Japan followed this week’s latest launch with fear and denounced it, according to the AP. “North Korea’s series of actions that threaten the peace, security and stability of the international community is unacceptable,” Japanese Prime Minister Fumio Kishida told reporters during a visit to Rome.

It is not clear what type of missile North Korea has launched this time, nor what its range or maximum altitude is, as South Korean and Japanese authorities disagreed. For example, the apogee, or highest point, according to Japan, was 800 km, and according to South Korea – 780 km, reports AP. 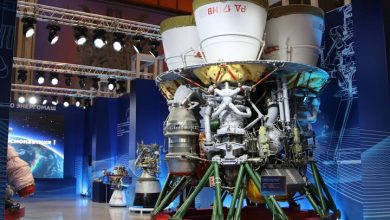