(ORDO NEWS) — In the United States, a 48-year-old mother pretended to be her own 22-year-old daughter for two years, illegally enriched herself by more than 25 thousand dollars (more than 1.8 million rubles) and went to court. Reported by the Daily Mail.

Laura Oglesby lived with Lauren’s daughter Ashley Hayes in Arkansas, but moved to Missouri in 2016 and they have not spoken since. In a new place, the American pretended to be her daughter. As Hayes, she dated men and got a job in a library. In the same year, the woman issued a social security card in the name of her daughter, and then used it to get a driver’s license.

In 2017, Oglesby used Hayes’s name to enroll at Southwestern Baptist University in Missouri and applied for financial aid. As a result, she appropriated a total of $ 17,520 (almost 1.3 million rubles) as a grant for training, money for books and other expenses.

The forgery was revealed only in 2018. At the time, Oglesby was living with a couple who took her from a women’s shelter, where the woman was allegedly hiding from domestic violence. The spouses who provided the fraudster with housing said that they did not even suspect that their guest was 48 years old, because she looked and behaved like a 22-year-old girl.

In the same year, the police managed to get on the trail of Oglesby and detain her. The woman pleaded guilty. The court has already ordered her to pay the illegally obtained money to the university and compensate her daughter for identity theft. In addition, a fraudster can face up to five years in prison.

Earlier it was reported that in the UK, a homosexual for several months pretended to be a woman for the sake of his lover’s parents. As a result, the man could not stand life under someone else’s guise and fled. 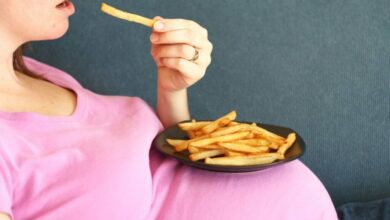