(ORDO NEWS) — Much of modern science was already known in ancient times. Robots and computers became a reality long before the 1940s.

The inhabitants of the Levant at the beginning of the Bronze Age used stone calculators. An ancient Hindu book gives detailed instructions for building an airplane – many years before the Wright brothers. Where did such knowledge come from? 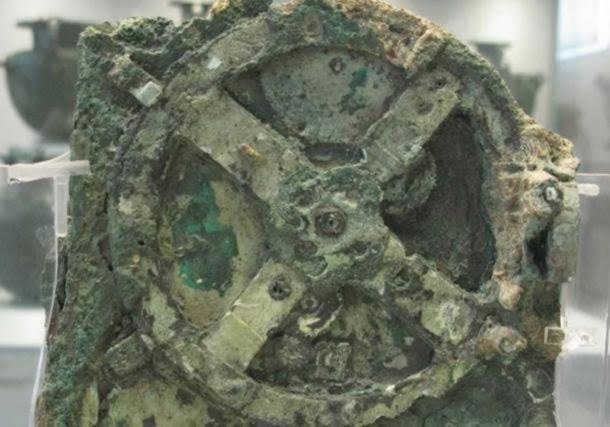 Amazing Antikythera mechanism, found during a shipwreck off the island of Antikythera in Greece.

1500 years ago, people generally believed that the earth was flat and rectangular. However, already in the 6th century BC. the Greek philosopher Pythagoras suggested that the Earth must be a sphere, and in the 3rd century BC.

The Greek mathematician and astronomer Eratosthenes concluded that the Earth was round and calculated its circumference.

Oddly enough, the peoples of a more distant past possessed greater scientific knowledge than the European peoples of Byzantium and the Middle Ages. Until the second half of the 19th century, scientists in Europe believed that the Earth was only a few thousand years old.

However, the ancient books of the Brahmins estimated the Day of Brahma, the lifespan of our universe, at 4,320 million years – not too far from modern calculations.

Modern science emerged from medieval darkness during the Renaissance. By studying the classical sources, mankind has rediscovered the old truths that were known to the Babylonians, Ionians, Egyptians, Hindus and Greeks for many centuries. 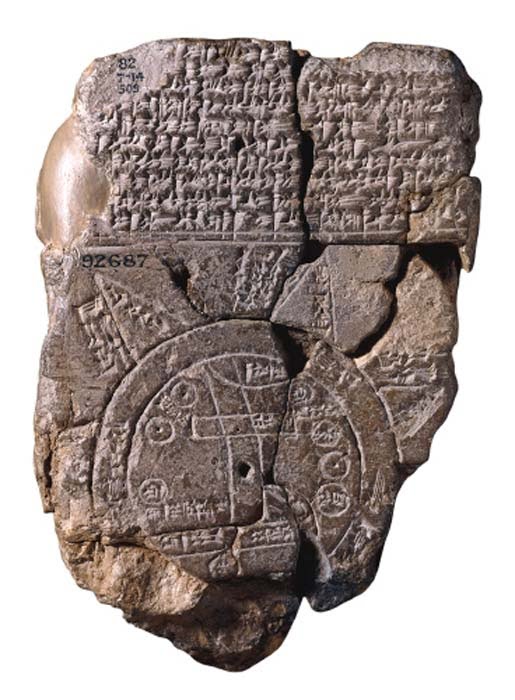 The medieval cities of France, Germany and England were usually built by chance (without any planning). The streets were narrow, uneven, and there was no way to drain sewage. Due to unsanitary conditions, epidemics and plague ravaged these cities.

But around 2500 BC, the cities of Mohenjo-Daro and Harappa, located in what is now Pakistan, were planned as carefully as Paris or Washington.

Efficient water supply, drainage and garbage chutes were provided. In addition to public swimming pools, many houses had private bathrooms. Until the end of the last century, this was a luxury in Europe and America.

Panoramic view of the mound with a stupa and a large bath in Mohenjo-Daro.

Until the second half of the 16th century, Europeans had neither spoons nor forks on their tables – they used only knives and fingers. However, they appeared among the inhabitants of Central America a thousand years before the appearance of Cortes. In fact, the ancient Egyptians used spoons even earlier – in 3000 BC.

Modern science has only rediscovered and improved old ideas, it has shown that the world was much older, larger and much more global than was thought just a few generations ago.

One of the biggest hurdles that archaeologists and historians face is the lack of evidence. If not for the burning of libraries in antiquity, there would not have been so many missing pages in the history of mankind.

The famous collection of Peisistratus (6th century BC) in Athens was burned, the papyri of the library of the Temple of Ptah in Memphis were completely destroyed.

The same fate befell the library of Pergamon in Asia Minor, containing 200,000 volumes. The city of Carthage, razed to the ground by the Romans in a seventeen-day fire in 146 BC, was rumored to have a library of half a million volumes.

But the most terrible blow in the history of mankind was the fire of the Library of Alexandria during the Egyptian campaign of Julius Caesar, during which 700,000 priceless scrolls irretrievably perished.

The Bruchione held 400,000 books and the Serapeum 300,000. There was a complete catalog of authors in 120 volumes, with a brief biography of each author.

5th century scroll illustrating the destruction of the Serapeum by Theophilus.

The Library of Alexandria was also a university and research institute. The university had faculties of medicine, mathematics, astronomy, literature, as well as other subjects.

A chemical laboratory, an astronomical observatory, an anatomical theater for operations and preparations, as well as a botanical and zoological garden were among the facilities of the educational institution, where 14,000 students studied, who laid the foundations of modern science. 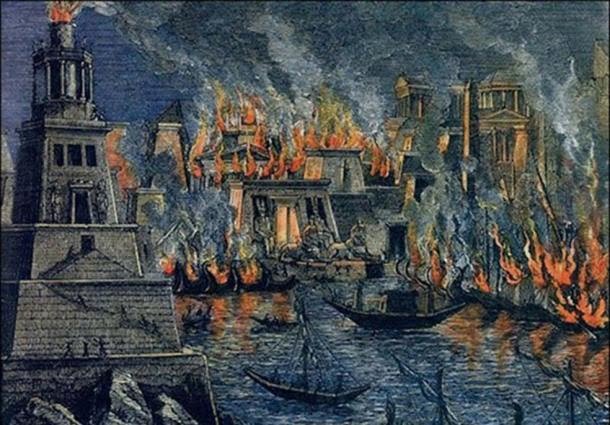 Burning of the Library of Alexandria, Herman Goll (1876).

In Asia, the fate of libraries was no better: Emperor Qin Shih Hwang-ti issued a decree according to which in China in 213 BC. countless books were burned.

Leo Jesus was another archenemy of culture, as 300,000 books went to set fire to Constantinople in the 8th century. The number of manuscripts destroyed by the Inquisition on autos-de-fe in the Middle Ages is difficult to estimate. 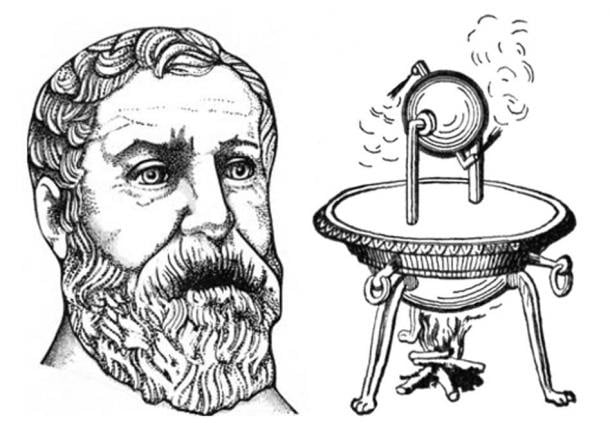 Because of these tragedies, we are forced to rely on scattered fragments, random passages and meager information.

Our distant past is a vacuum filled with random tablets, parchments, statues, paintings and various artifacts. The history of science would look completely different if the Alexandrian collection of books had survived to this day.

Alexandrian engineer Heron built a steam engine, which embodied the principle of operation of the turbine and jet propulsion. If the library had not been burned, we might have had plans for a steam chariot in Egypt.

At least we know that Heron invented the odometer, which records the distance traveled by a vehicle. Such achievements were not surpassed, they were only copied. The source of modern science is hidden far away in the mists of time.