(ORDO NEWS) — The Nazca plateau in Peru is not the only place with geoglyphs. About 30 km north of the city of Nazca there is a huge number of practically unexplored geoglyphs located on a plateau called Palpa Pampa.

Although Palp’s geoglyphs were known to the locals, it was not until the 1990s that they became of interest to scientists, thanks to the Swiss explorer of the mysteries of the past, Erich von Denniken. 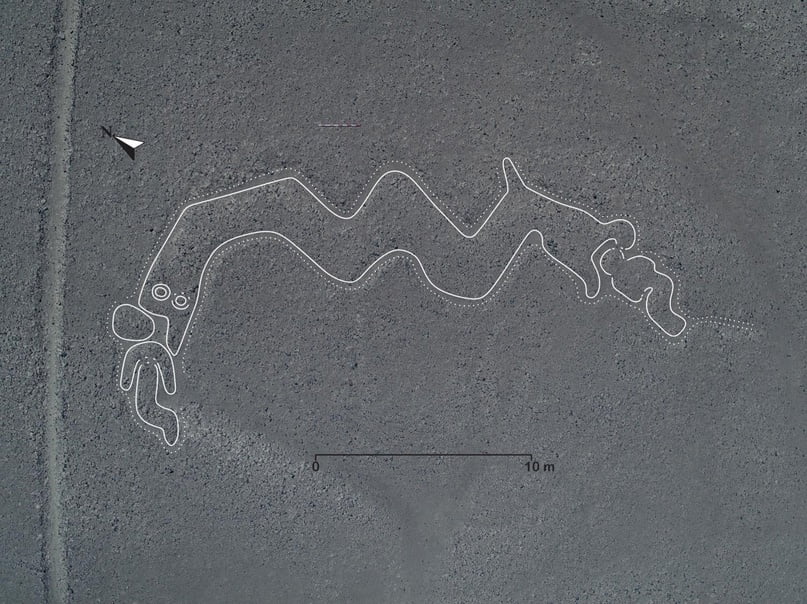 Like Nazca, the Palpa plateau has mysterious stripes and lines, as well as mind-blowing geoglyphs. However, the Palpa complex differs significantly from the Nazca complex. 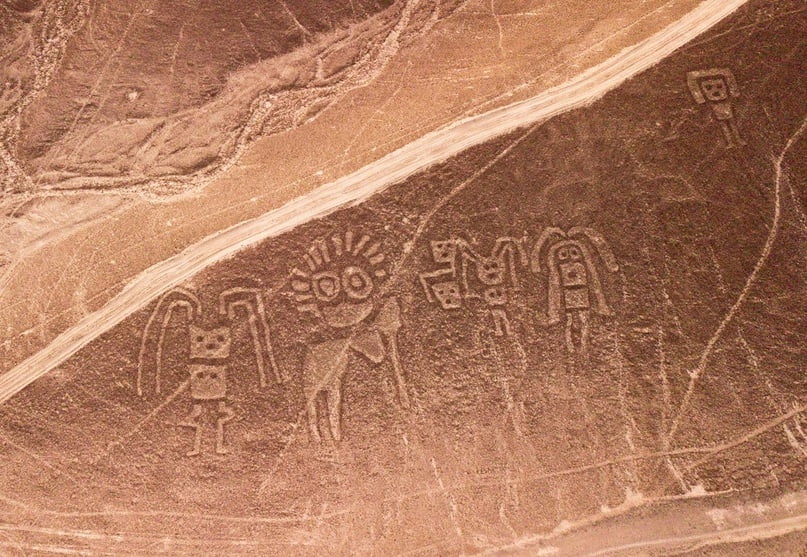 First of all, the unusual relief of the Palpa plateau is striking – a set of low hills, along the flat tops of which they pass like a giant knife, and man-made lines and stripes stretch.

The width of some bands reaches several hundred meters. Lines and stripes intersect and overlap each other, reflecting the different time periods of imaging. 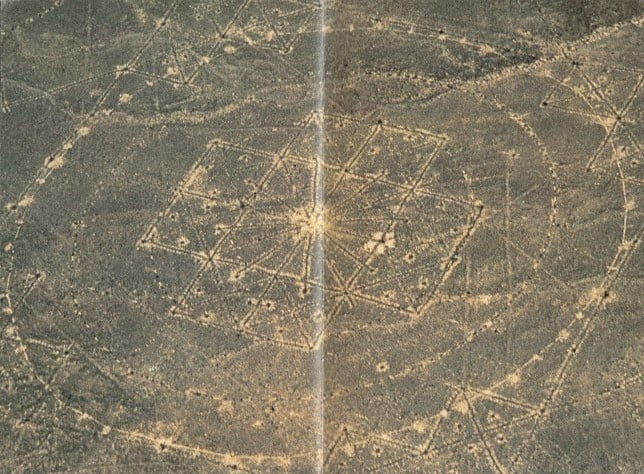 Unlike the Nazca plateau, where there is only a biomorph called “astronaut”, a human figure with an onion head, similar to a man in a spacesuit, in Palpa there are about ten anthropomorphic geoglyphs, made with varying degrees of skill and having different sizes. 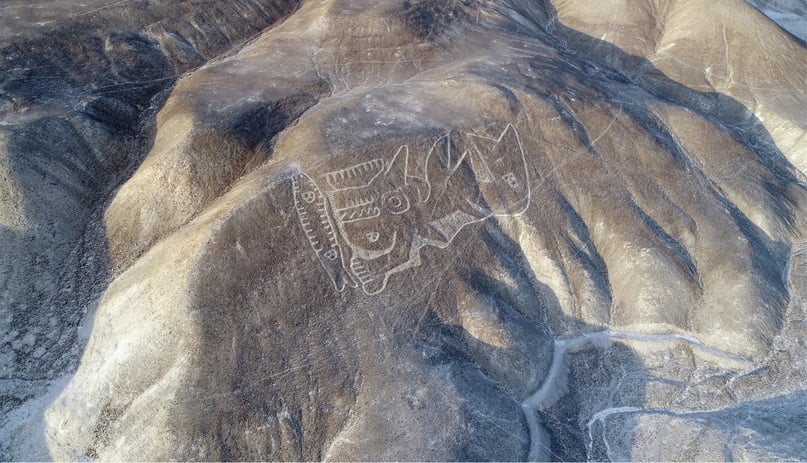 The Swiss writer Erich von Denniken was convinced that some of the biomorphs depicted aliens themselves, an idea he popularized in his 1968 book Chariots of the Gods. 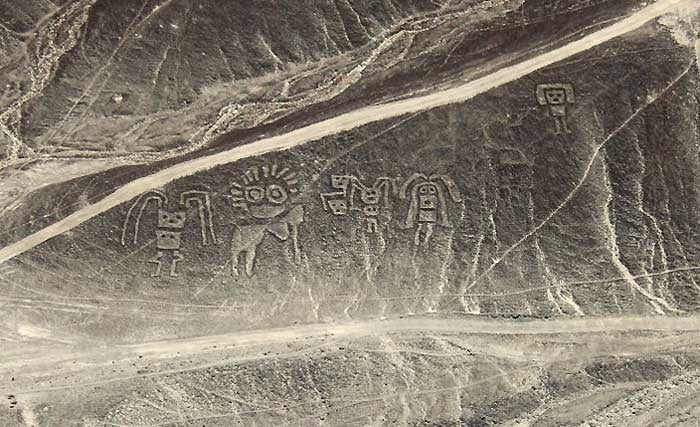 In addition, there are several images of animals, birds that look like a condor, a whale (killer whale) and various mammals. One of the most interesting geoglyphs found in Palpa is the “Star” or Ancient Mandala.

It is interesting that this “alien” form is depicted in an extremely remote place, on top of an arid mountain plateau, which causes bewilderment to those who were able to observe it directly. 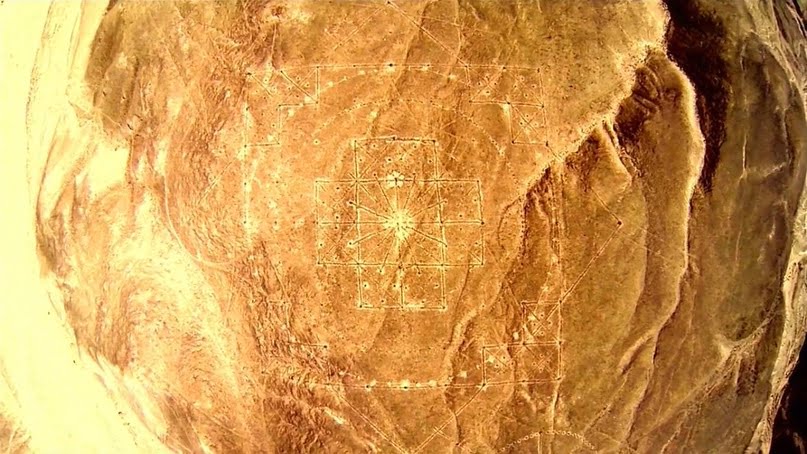 The mandala is considered a ritual symbol in Indian religions and represents the universe. Today, mandala has become a general term used to describe any diagram, graph, or geometric pattern that represents the cosmos.

The mandala also symbolizes the idea that life is essentially an endless cycle. But what is she doing in Peru? Who created it… and for what purpose? 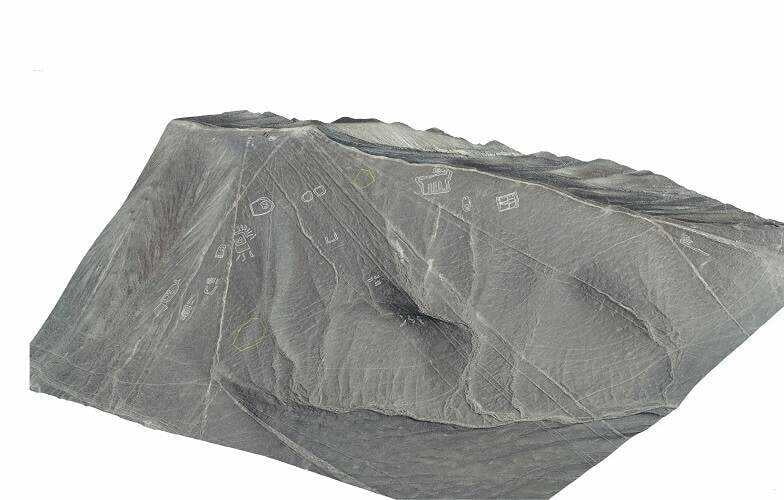 Buddhist monks still create these complex and fascinating geometric figures today, using colored powders to depict the cosmos and the ever-renewing cycle of life, but it is very strange to find them thousands of kilometers from Tibet, engraved in a remote region of Peru, on a plateau surrounded by nothing. Strange and inexplicable even for historians and archaeologists.

The mandala at Palpa appears to have been carved with extreme precision and detail, created on earth about 180 feet across, with an inner circle of the same diameter. In addition, several other small circles about 20 feet in diameter are engraved into the landscape, as well as a number of strategically placed holes.

Palpa’s mandala looks like a series of concentric circles inscribed in squares, with two rectangles superimposed on each other in the center and forming a cross. The figure is drawn with great precision and rich in detail despite being very large. The diameter of the largest circle is 180 feet – about 54 meters. 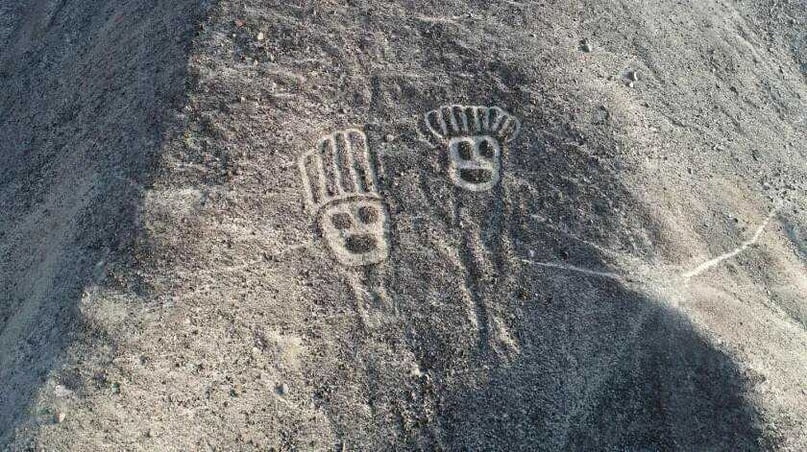 In addition, circles and squares are littered with holes and holes dug in the ground, the purpose of which is unknown.

The archaeologist Gilbert de Jong, who is convinced that this and other Peruvian drawings represent a zodiac map, claims that the unit of measurement used in the creation of the mandala was the Sumerian foot.

Another, no less mysterious drawing is the Sundial. There is speculation that this image was used to observe the sun. The central compositions are made in the form of a double helix or labyrinth. Next to the clock is a complex of lines and stripes, which, at first glance, seem to intersect each other in disorder. 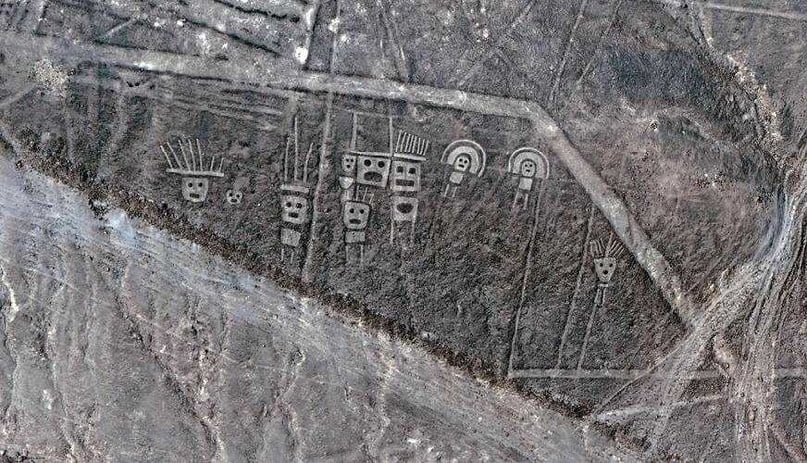 The purpose of these lines

While their true purpose is unknown, researchers speculate that ancient people created these intricate geometric shapes and humanoid figures as a form of worship to ancient gods who were believed to control natural forces such as earthquakes, droughts, and floods. 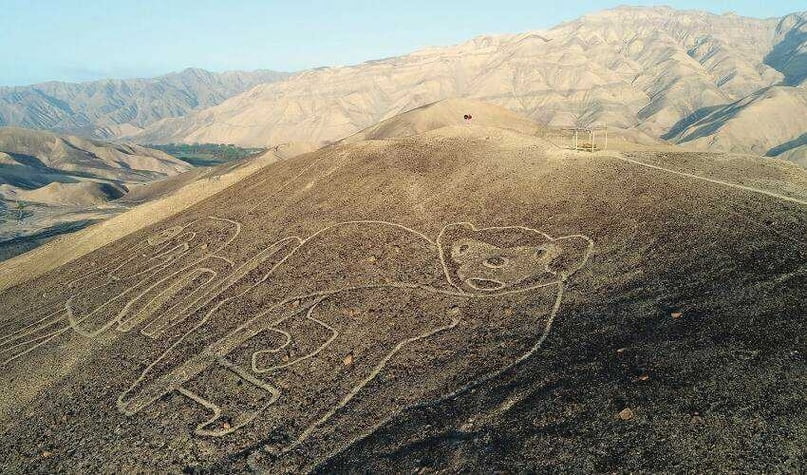 Researchers believe that the Palpa lines were created by the ancient Paracas people (existing roughly between 800 BC and 100 BC) 1000 years before the Nazca. 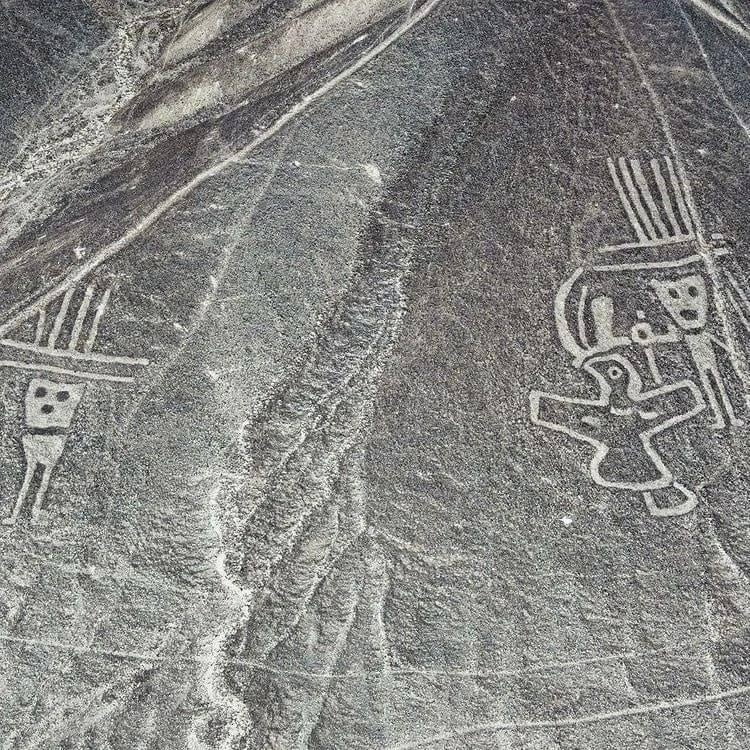 The ancient people of Paracas are well known for their elongated heads, a feature that has caused heated debate among researchers, as there are many anomalies associated with the elongated “Paracas skulls”. 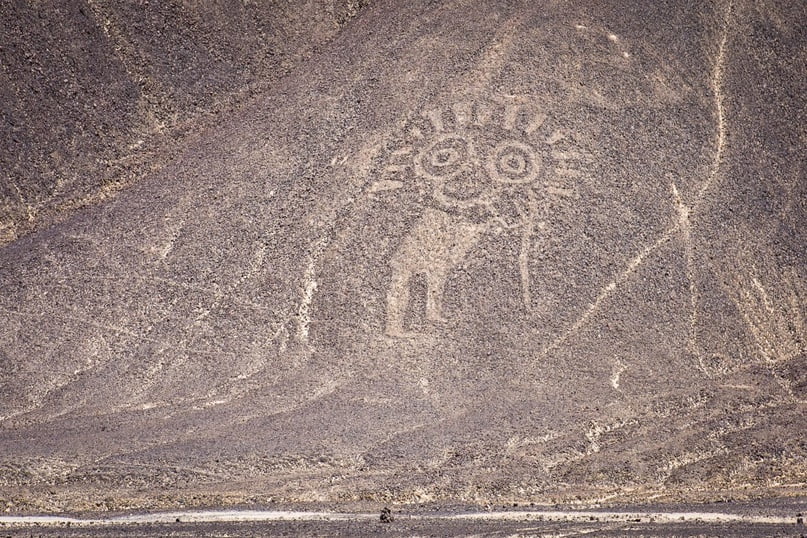 In fact, many of the so-called “airstrips” are in the Palpa area and not in Nazca. These mysterious lines, located on the tops of the mountains, are among the most mysterious features of Palpa.