(ORDO NEWS) — Archaeologists have found traces of unusual rituals, including the sacrifice of domestic dogs, in the largest and most mysterious structure of the Mayan capital.

Representatives of the Mexican National Institute of Anthropology and History (INAH) reported that during the study of the central building of the archaeological complex of Palenque, they found sacrificial hearths with animal remains, shell beads and fragments of green stone.

Palenque is the conventional name of the city that was the capital of the Baakul Maya kingdom that existed in the classical period. Historians do not know the circumstances of the death of Baakul and the fall of his capital. It is only known that people lived there until the beginning of the 9th century AD.

There is not entirely clear written evidence that foreigners visited some ruins in the southeast of Mexico as early as the 18th century, with a high probability it was about the ruins of the capital Baakul. But the real discovery of Palenque took place in the 19th century. 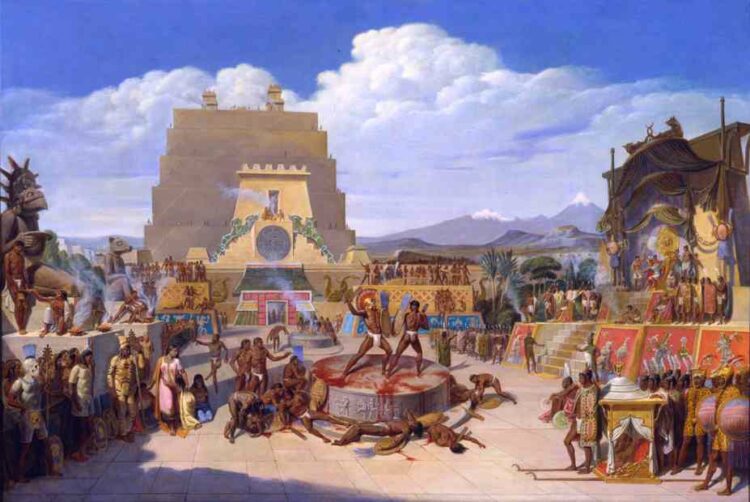 This is how Waldeck represented Mayan rituals

The French traveler and adventurer Jean-Frédéric Waldeck was the first to describe Palenque in detail. And this was the beginning of a grandiose dispute, which some scientists consider unfinished to this day. The fact is that Waldeck saw elephants on Mayan bas-reliefs – they have not been in America for at least 12 thousand years.

Later, something similar was found on glyphs in Monte Alban, and then for another hundred years they argued who is actually depicted there: an elephant, a parrot, or a Mayan leader.

The architectural complex of Palenque consists of three temples and a palace – now it is called in the Spanish manner El Palacio. It is a labyrinth of 12 rooms or “houses”, two courtyards and a tower, a four-level square structure unique to the Mayan world.

The palace is considered the most complex and extensive building in the city, as it was used for administrative and ritual events, as well as for diplomatic receptions. Now scientists have found small hearths in the rooms where feasts were held.

The sediments extracted from the hearths were washed with a very fine-mesh sieve in the same place, on the territory of the archaeological zone of Palenque, in the once sacred Mayan Otulume stream.

Sifting from the sediments recovered hundreds of fragmentary animal remains, 58 percent of which correspond to fish, 19 percent to molluscs, 11 percent to crustaceans, five percent to birds, four to reptiles and three to mammals. 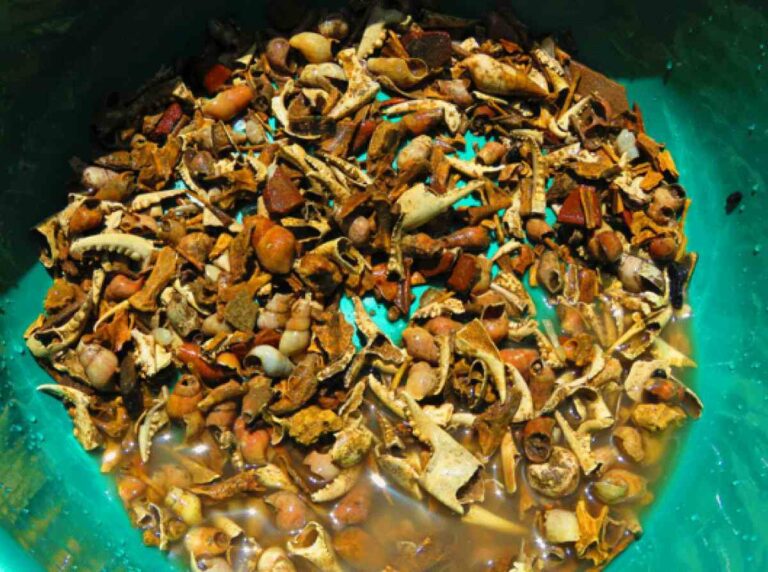 These are mussels, several types of snails, freshwater crab, mojar fish, turtles, an armadillo, several varieties of deer and, for some reason, a domestic dog. I must say, the Maya domesticated dogs long before the arrival of the Spaniards in their lands.

According to recent discoveries , traces of domesticated dogs for Central America are found already 12 thousand years ago. Until recently, it was believed that only Europeans brought dogs to areas south of Alaska.

Project manager Carlos Miguel Varela Scherrer notes that all of the listed animals lived directly in the area around Palenque – there is not a single “non-native” trace.

He suggests that these finds are traces of a ritual. First, there were feasts dedicated to certain events or dates, and then the uneaten leftovers were burned in the hearths, thus making a sacrifice that was not too burdensome for the budget.

The fact that this is not just the destruction of garbage is evidenced by the finds in the same hearths of shell beads, as well as fragments of green stone from which the Mayans carved figures for votive offerings.

Palenque is today considered one of the best preserved Mayan monuments, comparable only to the pyramids in Copan (Honduras). And El Palacio is also built in a completely atypical Mayan tradition.

As already mentioned, the strangest structure on its territory is the tower. Nothing like this has been found in other Mayan cities. The fact is that the Mayans did not know watchtowers: their cities were unprotected, open from all sides.

As a result, scientists are still arguing about the purpose of this structure. Until recently, it was considered an observation tower, on which an observation post was located. This is a rather strange assumption, because pyramids that are higher than the tower are much more suitable for observation.

Some researchers even suggest that El Palacio is an educational institution. They believe that the rooms connected in a labyrinth are classrooms, and the tower is an observatory.

But still, the finds of traces of a clearly ritual nature cast doubt on such a hypothesis. Most likely, the palace of Palenque played the role of an administrative and religious center.