(ORDO NEWS) — Archaeologists argue that it must have had a certain status, given the presence of inlays on the teeth, as well as its location next to the main zone of the settlement. His face was oriented to the east, possibly in reference to the symbolism associated with the rebirth of the sun.

Following the discovery of a pre-Hispanic female burial in the archaeological area of ​​Palenque, Chiapas, the Mexican Ministry of Culture, represented by specialists from the National Institute of Anthropology and History (INAH), promptly secured and conducted initial studies of the skeletal remains.

The priority for archaeologists regarding the skeleton and its funerary offerings has been to carry out work to restore and preserve it immediately after its discovery, due to the climatic conditions of the Maya region, which make such a task urgent. 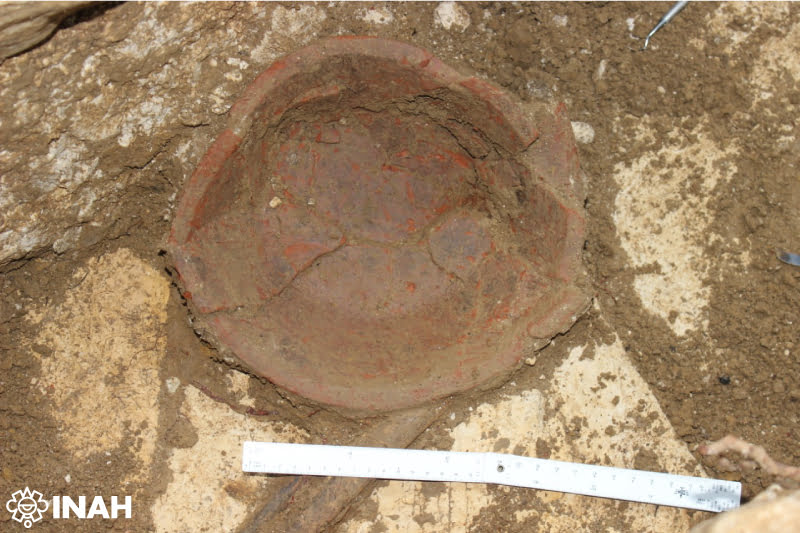 “Palenca often experiences temperature fluctuations that can cause preservation problems if the elements are not recovered in a timely manner,” explains Arnoldo González Cruz, researcher at the INAH Chiapas Center and head of the archaeological project in Palenque.

Currently, the skeletal remains of a woman – whose sex was determined by the morphology of a pelvis wider than a man’s – are in the Palenque Archaeological Repository, where they are being cleaned for the next stage of research. 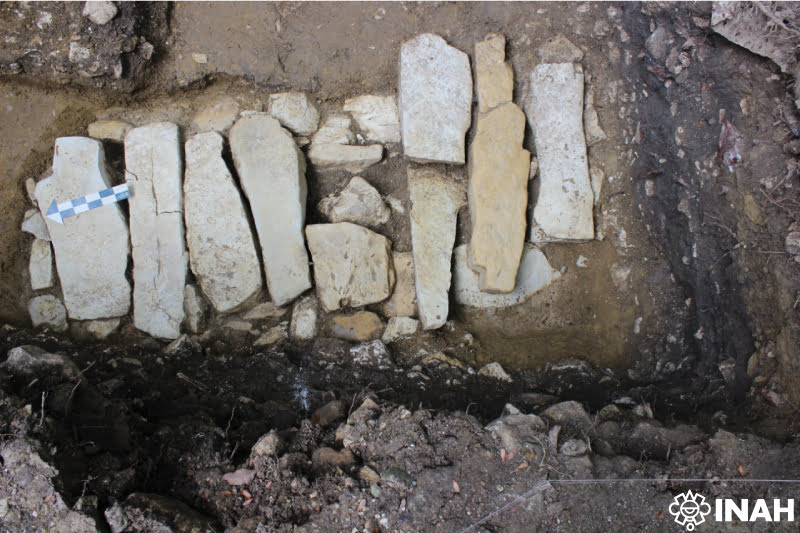 Previously, it was found that the skull has an oblique tubular deformity, and some teeth have green stone inlays.

A team of archaeologists consisting of Carlos Varela Scherrer and Edgar Vasquez López of INAH and osteoarchaeologist Luis Nunez Henriquez of the National Autonomous University of Mexico suggest that the man was between 25 and 30 years old at the time of death and that he must have had a certain status given the aforementioned characteristics and its location in the current archaeological zone. 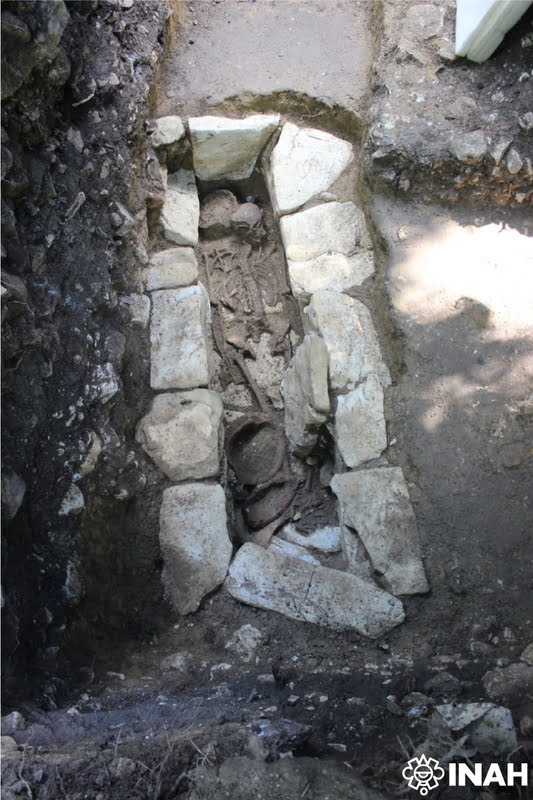 It should be noted that the area where the skeleton was found, inside a cyst, that is, a container made of stone blocks designed to store the body, is located east of the Palenque nuclear zone.

“We can say that the space where we found it must have been platforms with structures made of perishable material, which gave access to the main spaces of the city, such as the Court of Balls or the Grand Plaza of the Palace and the Temple of the Inscriptions,” says Arnoldo Gonzalez.

The tomb of a Palenque woman, discovered a week ago in the vicinity of an area where a new sanitary zone is being built as part of the program to improve archaeological areas (Promeza) promoted by the Mexican government, confirms many of the ancient burial practices identified in this archaeological area. 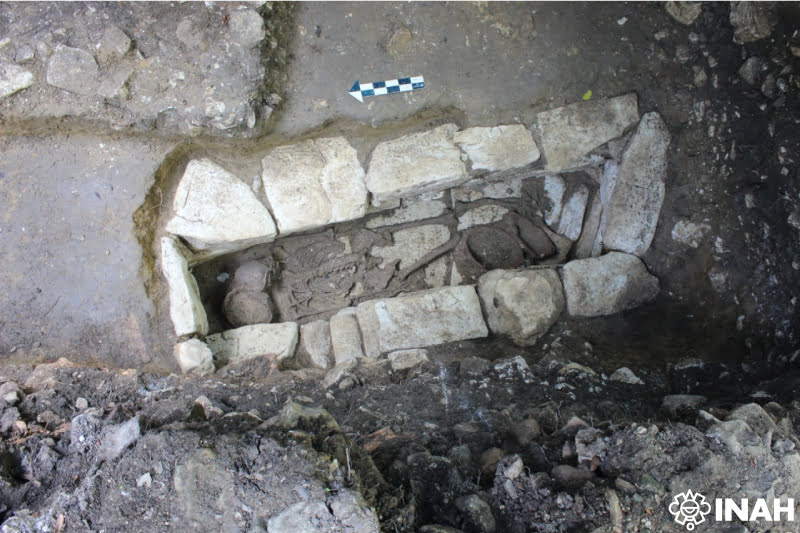 One of them is related to the cyst itself – 2.20 meters long and 60 centimeters wide – and its orientation to the north, as well as the location of the woman’s face in an easterly direction.

Although there is no consensus among archaeologists, says Arnoldo Gonzalez, it is believed that this position of the face is symbolically associated with the rising of the sun. Thus, this alludes to the rebirth of the character in the company of the sun, whose transit also begins in the east.”

Further analysis of the woman’s skeletal remains and her offering, which consists of two half-whole and one fragmented vessel, will take place in the coming months. Among other aspects, they will seek to determine the exact age of the context, which is currently estimated to be between 750 and 850 BC. AD, in the Late Classic Maya period.

Exploration work at Palenque will continue throughout 2022, accompanying renovation work that also includes facilities such as storage facilities for archaeological materials.

Researchers are currently examining the area, which, given the evidence of numerous worked stone objects and fragments of carvings, is believed to be a lithic workshop. Given its location six meters from the described funerary context, the woman may even be associated with this space.