(ORDO NEWS) — The New Hampshire Commission on Environmental and Health Impacts of 5G Technology heard the views of 13 experts in epidemiology, occupational health, toxicology, physics and engineering, as well as one wireless communications expert. All but the industry agreed that radio frequency radiation from wireless devices affects people, animals, insects, and plants.

– The latest figures from the New Hampshire Legislative Commission confirm that wireless technology has significant negative effects on humans, animals, insects and plants.

– In the battle for super-fast internet speeds and connectivity, experts compare the release of 5G to a lie from the tobacco and oil industries.

– The structure needed to support 5G will place cellular antenna ports close to your home and workplace, which can lead to anxiety, depression and Alzheimer’s.

– It’s important to get involved in preventing 5G adoption by contacting local legislatures and signing local petitions. Try to take steps in your home to reduce your exposure.

During the coverage of the COVID-19 pandemic, an ultra-fast 5G wireless network is being deployed unnoticed by the public.

The commission consisted of 13 members, whose backgrounds included epidemiology, occupational health, toxicology, physics, electromagnetics engineering, and a representative from the wireless industry. According to the EMF Safety Network, the commission was asked to answer eight sensitive questions, including:

Why have thousands of peer-reviewed radio frequency (RF) studies that show a wide range of health consequences, including DNA damage, brain and heart tumors, infertility, and many other diseases, have been ignored by the FCC.

– Why the FCC guidelines do not take into account the health effects of wireless technology.
– Why FCC RF limits are 100 times higher than other countries.
– Why the FCC is ignoring the World Health Organization’s classification of wireless communications as a possible carcinogen.
– Why, when the world’s leading scientists signed an appeal to protect public health from wireless radiation, nothing was done.

The panel heard the opinions of experts, and ultimately everyone but the representative of the telecommunications companies recognized that radio frequency radiation emitted from wireless devices affects people, animals, insects and plants. The commission wrote:

“There is growing evidence that DNA damage can occur from radiation outside the ionizing part of the spectrum. The Commission listened to arguments from both sides of this issue, and many now say there are results showing biological effects in this range. This argument is reinforced as millimeter waves in the microwave range are being used.”

Their first recommendation was to “independently revise current radio frequency standards for electromagnetic radiation in the 300 MHz to 300 GHz range” to assess the health risks associated with cellular communications.

The rest of the recommendations included those that would reduce human exposure to 5G and increase public awareness of their impact. There are a lot of academics and non-academics out there that are working towards a future away from 5G, with online blogs and websites that include articles explaining the negative effects of EMF radiation, such as https://www.emfportal.com and many more.

Included is a shorter minority report written by a business and industry representative and a telecommunications representative who disagreed with most of the experts.

The EMF Safety Net wrote : “This minority report echoes the language of the telecommunications industry and reveals their plans to ignore science and continue to mislead the public.”

In much the same way, the tobacco industry has convinced the public that smoking is not dangerous, just as the telecommunications industry sells people speed, not safety . In the interview cited above for Greater Earth Media, IT professional John Humphrey made an obvious comparison of the telecom, tobacco and leaded gas industries, stating:

“So they know the technology is dangerous and so they just try to get as much out of it as possible before they can finally be brought to justice. Unfortunately, we’ve seen all of this before.

“We saw it with tobacco, we saw it in other areas and in each individual case, large corporations did what they always do – they lied, and then they paid politicians, paid scientists, forced people to be silent and discredited them, and, unfortunately , they got away with a lot, and we need to make sure that doesn’t happen with 5G.”

The promise is that speeds will be 10 to 100 times faster than 4G, which operates primarily on millimeter-wave (MMW) bandwidth. According to EMF author Lloyd Burrell, the signals are likely to be weaker as wavelengths do not penetrate buildings and tend to be caught in rain and plants. For configuration, the 5G network will use:

“… Smaller cell stations (and beamforming technology) that scramble / descramble and forward data packets along the way without interference back to us. This can mean having wireless antennas on every lamppost, pole, home or office in all districts, towns and cities.”

This will require new infrastructure where 5G cellular stations will be installed on existing structures such as power poles. During a US Senate hearing on the topic, when asked about safety studies at these small cell stations, industry officials said they were unaware of the existence of such studies.

This led Senator Richard Blumenthal, Connecticut, to say, “So there really is no research. We seem to be flying blind here. ” Another problem was highlighted in an article published in Scientific American by Joel M. Moskowitz, Ph.D., director of the Center for Family and Community Health, UC Berkeley School of Public Health:

“5G will not replace 4G; it will accompany 4G in the near future and possibly in the long term. If there are synergistic effects from simultaneous exposure to multiple types of RFRs, our overall risk of harm from RFRs could increase significantly. Cancer is not the only risk, as there is ample evidence that RFR causes neurological damage and reproductive harm, likely due to oxidative stress.” 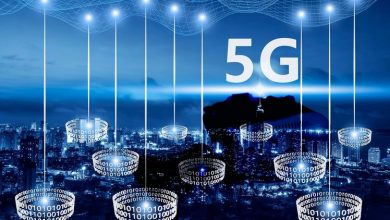