(ORDO NEWS) — The discoverer believes that the “curse tablet” he discovered is 3200 years old and this is the earliest example of Hebrew writing. But opponents do not agree with such conclusions. 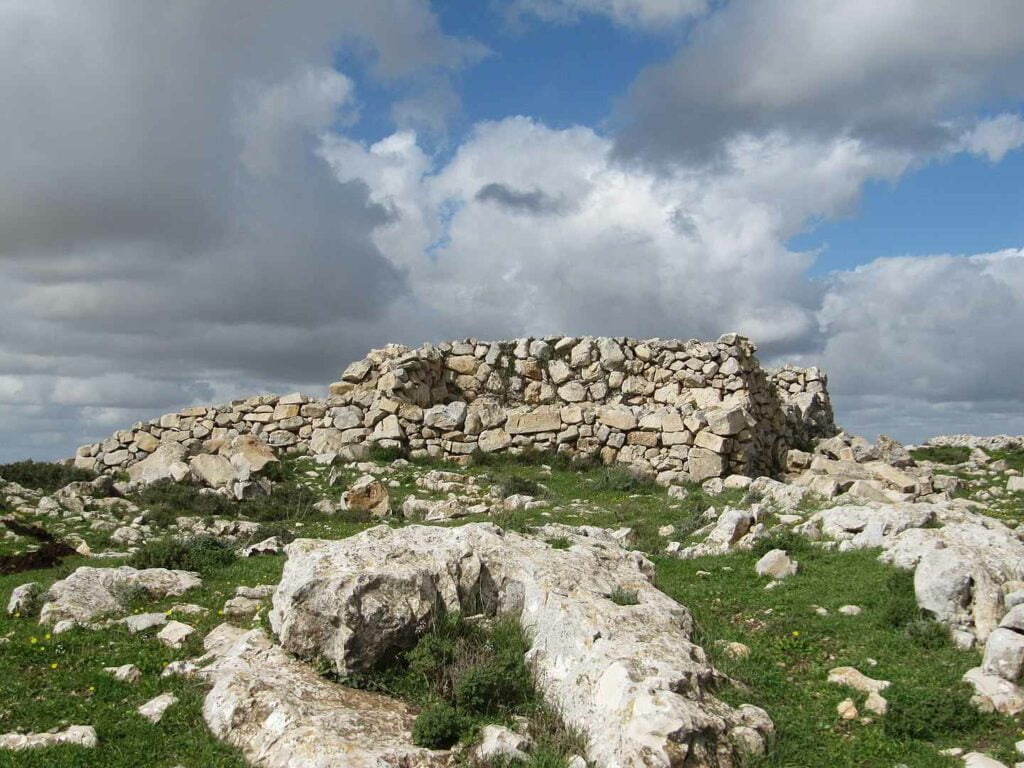 The altar of Joshua. In the dumps formed during its excavations, they still find something new

Archaeologists working in the West Bank say they have unearthed a tiny “curse tablet” – a tablet just over the size of a postage stamp. It is inscribed with an inscription in an early form of Hebrew, which calls on God to curse a person who has broken his word.

Representatives of the Association for Biblical Research spoke about the find at a press conference in Houston (USA). According to project leader Scott Stripling, a scientific paper on the find will be published in a peer-reviewed journal before the end of the year.

Archaeologists from his group now claim the tablet is at least 3,200 years old. This makes the inscription the earliest known Hebrew text and the first to contain the Hebrew name of God. 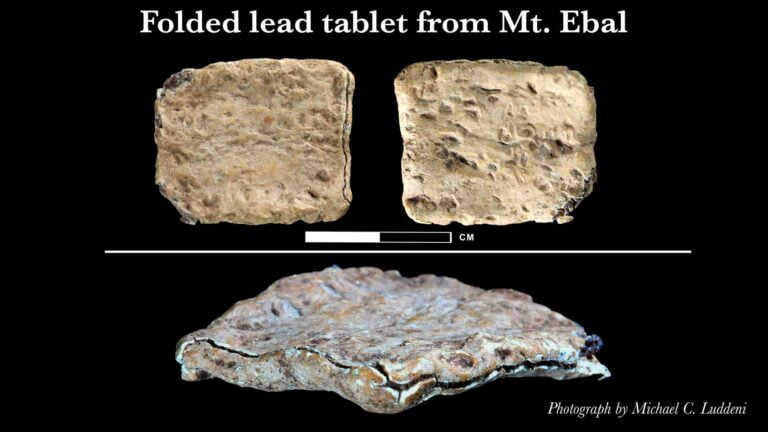 However, a number of archaeologists not involved in the project say they cannot evaluate the find until details about it appear in a scientific journal. And at least one expert warns that the tablet may not be as ancient as its discoverers claim.

The tablet was found in archaeological dumps on Mount Eyval, north of the city of Nablus, in December 2019. The formation of these dumps is a different story.

In the 1980s, Israeli archaeologist Adam Zertal unearthed a complex of structures on Mount Eival, which he identified as a Jewish cult object by a number of signs. The location, dating and architectural features of the object corresponded to the altar described in the book of Joshua (part of the Old Testament).

Zertal was immediately accused of having done his work for political reasons. At that time, it was fashionable in Israeli archeology to think that there was no conquest of Canaan and that the whole story of Joshua has no confirmation.

From their point of view, the Jews are something like the autochthonous population of these places. The find at Eival cast doubt on this idea: the altar is described in some detail in the relevant part of the Old Testament. Only in 2005, after a long series of scientific disputes, did academic science accept Zertal’s conclusions. Now his find is known to us as the Altar of Joshua.

And in the dumps of those same excavations of Adam Zertal, archaeologists led by Scott Stripling found a piece of lead sheet folded in half, about 2.5 by 2.5 centimeters in size.

Forty proto-alphabetic characters inscribed in an early form of Hebrew, or Canaanite, on the outer and inner surfaces of the tablet, either warn of what will happen if someone under the covenant (legally binding agreement) does not fulfill their obligations, or is already punishing.

That is, this is a “cheat sheet” for the direct fulfillment of the curse, which, according to the Bible, was pronounced just from Mount Ebal. Recall that blessings were pronounced from the neighboring Mount Gerizim.

The inscription uses the three-letter form of the Hebrew name of God, roughly corresponding to the Russian letters YHV in other words, it refers to the name Yahweh. 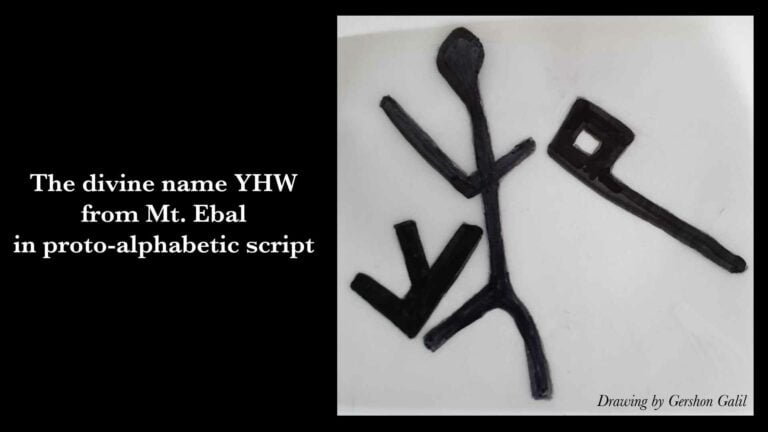 Symbols that archaeologists believe to be the name of God

Stripling dates the tablet based on the dating of the layers, which were determined during previous archaeological excavations.

He believes that the tablet was made no later than 1200 BC. An isotopic analysis of the lead from which the tablet is made shows that it came from a mine in Greece that was active during this period, and very early proto-alphabetic characters also match the suggested dates.

To date, this is the only “curse tablet” found on Mount Ebal, although they are often found in other places, which date from the Hellenistic and Roman periods, after about the end of the 4th century BC.

If the tentative date is confirmed, the inscription on the tablet would push back the earliest known date for ancient Israelite literacy by hundreds of years. So far, the most ancient evidence has been an inscription from the 10th century BC from the excavations of Khirbet Qeiyafa .

Israel Finkelstein, an archaeologist at Tel Aviv University who was not involved in the discovery, questioned the proposed date.

In his opinion, the comparison of the Mount Ebal site with other sites dated by carbon-14 suggests that it may belong to the 11th century BC, that is, two centuries later than Stripling claimed. In addition, he believes that the decoding of the inscription on the tablet is also a subject of interpretation.

Most likely, disputes about the find will not stop even after the publication of scientific work. As noted above, this was the case with the discovery of Adam Zertal, exactly the same story happened with the recent finds of archaeologists at Tell el-Hammam (the discovery of the biblical Sodom).