(ORDO NEWS) — In the 1960s, the CIA spent over $ 15 million on Project Acoustic Kitty. The agents tried to train the cat in espionage.

CIA specialists implanted a microphone into the cat’s ear canal, and a small radio transmitter into the base of its skull. The antenna ran along the animal’s back to the tip of the tail. The battery was implanted in the chest area and was quite small. Due to the small size of the battery, the “cyborg spy cat” could only record short dialogues.

CIA operatives hoped they could train the animal to sit next to foreign officials. Thus, the cat could secretly transmit their private conversations to the CIA officers. 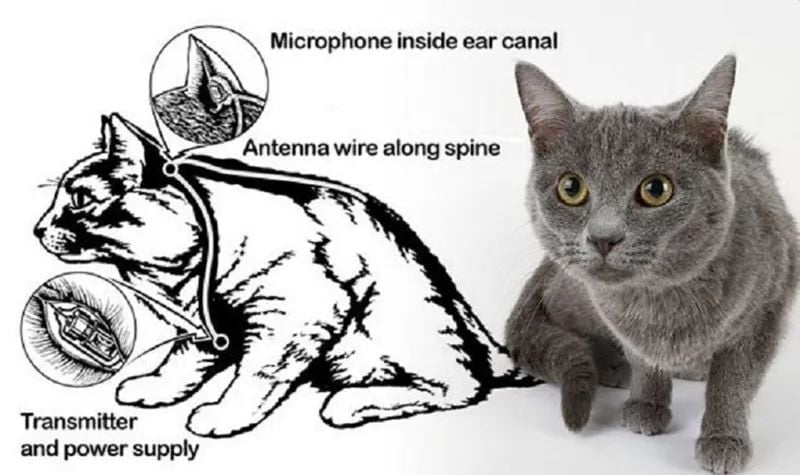 It took five years and over $ 15 million to train the first furry agent. The training turned out to be more difficult than the operation of implanting a listening device.

The idea of ​​the project was based on logic. Cats are small, they slip into narrow cracks and jump over high obstacles. The armed guards won’t scare them. Even the most insane paranoid people will not suspect anything if an ordinary cat walks by during a secret meeting.

But the animal did not give in to training. Even brain stimulation did not help. The cat was trained to go to the indicated place and sit there for a while, but every time the cat wanted to eat or began to get bored, the training ceased to work.

Despite this, the CIA decided to field test the agent cat. Her first mission was to eavesdrop on a conversation between two men in a park near the Soviet embassy in Washington. The cat was brought in a van and released near the park. Almost immediately the animal was hit by a passing taxi.

Shortly after this incident in 1967, the project was called a “complete failure” and completely closed.

It turns out that whale sharks have impressive regeneration

It turns out that whale sharks have impressive regeneration