(ORDO NEWS) — Is it possible that each of these strange kinds of creatures are interconnected? I answer: “Yes.” There is a good reason for this. One need only look at the problem of alien abductions to prove that all these things are part of a single whole.

You will understand what I mean. The vast majority of all alien abduction cases share some common features: the abductee is abducted and then returned to his home or car after the experience.

Blood, DNA, skin samples, and more are taken by emotionless, black-eyed Greys. Events almost always take place at night. People are taken out of bed. Or they are studied on the bed. And very often there is a sexual aspect to all this.

Victims of the Grays discover what has become known as “lost time”. And in many cases, the victims are temporarily unable to move: paranormal paralysis, one might say. Now we come to the most important thing: all the phenomena described above associated with aliens are also an undeniable part of the world of ancient fairies, demons and other supernatural “things”.

In the 1900 book The History of the Devil and the Idea of ​​Evil, written by Dr. Paul Carus, we learn that some of our ancient ancestors spoke of the wicked offspring that could result from the union of an incubus and a man, or a succubus and a woman. Karus wrote:

“The theory of incubi and succubus is presented in all its obscenity on the authority of St. Thomas Aquinas, who, in his commentary on the book of Job (chap. 40), interprets Behemoth (a large animal, probably an elephant) as the devil and deduces from the mention of the sexual power of the animal ( verse 16) the theory that evil demons can copulate with humans.

However, they will be more cunning than normal children due to the demonic influence they were exposed to in utero. Matthew Paris mentions that within six months one such incubus child grew all its teeth and reached the size of a seven-year-old boy, and his mother fell ill and died. 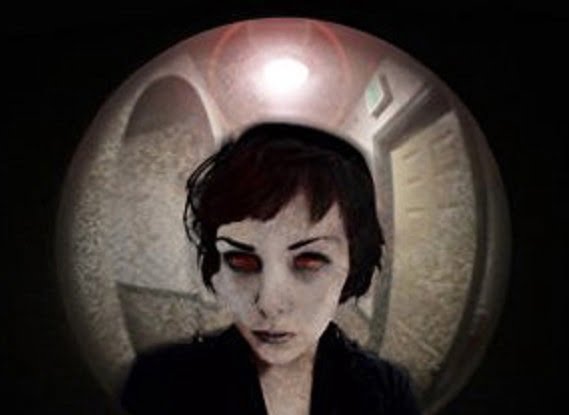 It is a fact that the so-called “incubus child” of the past centuries is very similar to the crossed human and extraterrestrial children that are told in the legends of alien abductions. Now let’s look at another important issue. Many have experienced horrific visits from a phenomenon called the “old hag”.

This is a creature that is found all over the world, but is most common, for unknown reasons, among the people of Newfoundland, Canada. As the name suggests, this breed of creature manifests as a white-haired, emaciated, and weeping ancient crown. She is not a welcome guest. And she’s an expert when it comes to directional paralysis.

The prevailing skepticism about encounters with an incubus or succubus is that they are provoked by something called “Hypnagogia”, more commonly known as “Sleep Paralysis”. This is an age-old phenomenon that finally got its name in the 19th century, thanks to the French physician Louis Ferdinand Alfred Maury.

Basically, sleep paralysis is a physical condition that falls somewhere between being awake and sleeping. In this vague moment, when the transition from one state to another occurs – and, more importantly, when this transition is forcibly interrupted – the body and mind behave very strangely.

Sleep paralysis puts a person into a sleep-like state in which they literally cannot move. For all intents and purposes, they are physically paralyzed, and this includes their vocal cords: a person cannot scream or call for help.

They also tend to feel a deeply malevolent presence in the room they sleep in – or, in other cases, the participants in the experience describe predatory forms slowly and stealthily approaching the room.

When they finally manage to do so, the gloomy atmosphere and its accompanying malevolent essence disappear almost instantly.

Those who are skeptical of the idea that sleep paralysis has an external origin are likely to say that the large number of encounters with Old Hug that occur in Newfoundland are due to cultural conditioning and subconscious knowledge of how the experience should occur.

Of only one thing can we be sure: when Hypnagogy occurs, an absolute plethora of supernatural forms emerge from the ether and expose us to violent, sexual encounters.

The parallels between today’s alien and demon abductions and the old hag are obvious. Indeed, it is almost impossible to consider them as separate phenomena: deep connections are obvious to everyone. 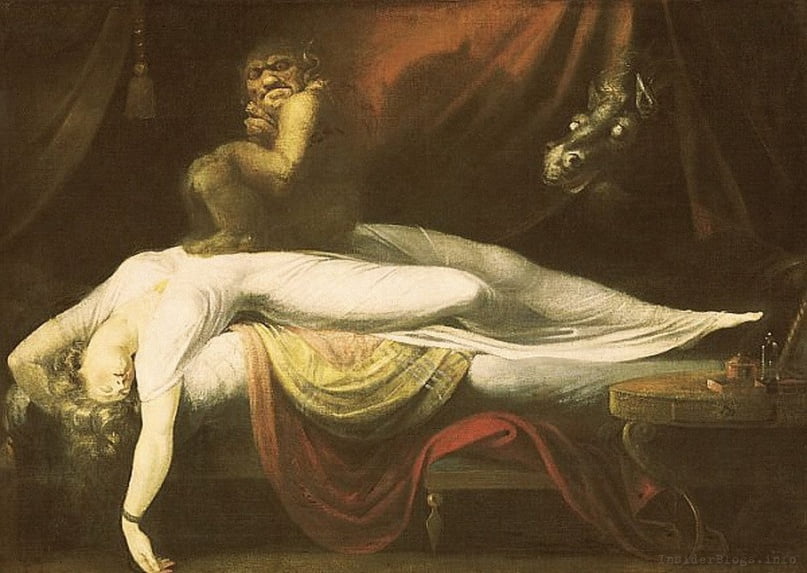 Without a doubt, one of the most sinister and sinister of all supposed supernatural entities is Lilith. A predatory, evil being that has existed since time immemorial, she preys on humans and is associated with sex, reproduction, the theft of newborn babies, and the birth of half-human, half-demon monsters.

Lilith is a hideous creature whose origins can be traced back to ancient Mesopotamia and Sumerian lore – which, geographically speaking, is quite remarkable.

The fact that the word “Lilith” is translated into Hebrew as “night witch” is a good indication of the nature and appearance of this vile creature, which should be avoided at all costs. Sleep paralysis puts a person into a sleep-like state in which they literally cannot move.

For all intents and purposes, they are physically paralyzed, and this includes the vocal cords: the person cannot scream or call for help. They also tend to feel a deeply malevolent presence in the room they sleep in – or, in other cases, the participants in the experience describe predatory forms slowly and stealthily approaching the room.

When they finally manage to do so, the dark atmosphere and its accompanying malevolent essence vanish almost instantly. Now let’s move on to the “little people” of bygone times. In fact, they were not at all what many people think.

For example, the fairies of the Isle of Man were very far from what they used to see on modern Christmas cards or on the Disney Channel. Contrary to the belief that fairies grow up to five or six inches in height, the creatures of the old island reached the height of small children, that is, about three feet.

Most often they were described as very old, overgrown and even sinister. They lived deep underground, in dark pits, in mounds that opened into vast, cavernous, winding realms, and in magical realms where – again – aging didn’t exist, disease was unknown, and life seemed to go on forever.

In addition, the small people – like the fairies all over the planet – were obsessed with the idea of ​​human reproduction.

They heartlessly abducted newborn babies – usually male – from their cradles from the Isle of Man, sometimes replacing them with one of their own, magical species. It was a creature called “changer”, most often a child of a fairy, but sometimes a sick, very old fairy.

In other cases, the fairies left effigies, often carved of wood and known as “stocking” or “fetch”, which were supposed to resemble a child. However, after a few days, the effigy collapsed and turned out to be nothing more than rotten wood from an old tree.

Needless to say, none of these replacements offered any comfort to frustrated parents who simply wanted their children back as soon as possible. Unfortunately, this rarely succeeded – if at all. 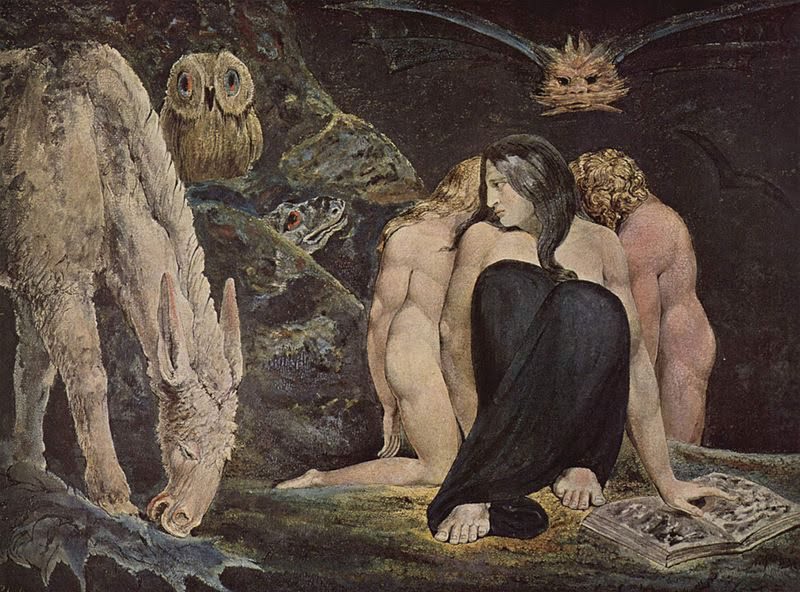 There was a very good reason why the fairies were so eager to kidnap human children: the bulk of the history of the fairies tells how these creatures very often failed in their attempts to reproduce, and miscarriages and deformities were leaders in the birth of children to the fairies.

Therefore, they tried to strengthen their lineage through the influx of new blood: ours, to be exact. Now something very important: undoubtedly, all of the above phenomena are a mirror image of the controversy about alien abductions.

And, having realized this, we must also understand that today’s alien Grays are nothing but ancient, reduced magical entities from centuries ago.

All this tells us that we have no real understanding of what these beings are. Demons? Aliens? Cryptids? “Little people”?

All we really know, even today, is that we are being tampered with, experimented on and used.

As for the “things” themselves, to be honest with ourselves, we must say that we have no understanding of what they are. Or their motives.

However, we know that there is no reason to say that “it’s all about aliens.” There are many theories that explain all of the above. But we are still looking for answers.

Some scientists think contact with aliens is a bad idea

Some scientists think contact with aliens is a bad idea 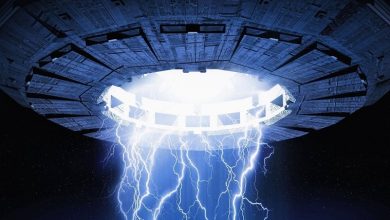 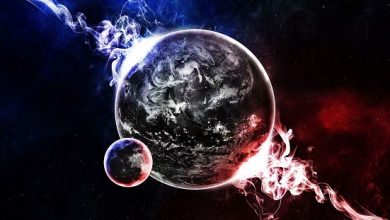 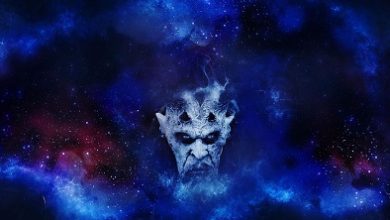 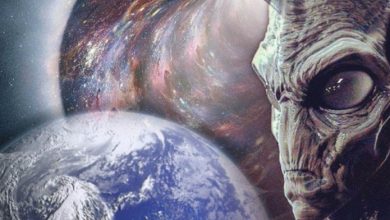 Scientists claim that aliens are already on Earth, but we do not see them 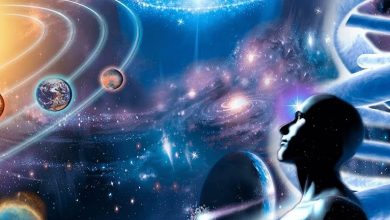 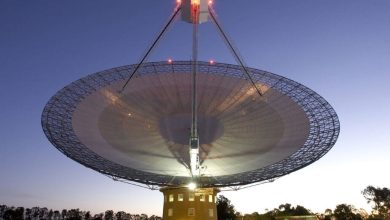 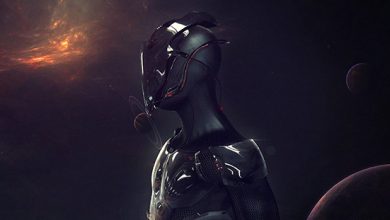 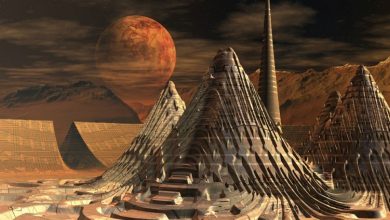