(ORDO NEWS) — People who consume excess sugar and other carbohydrates over a long period of time have an increased risk of developing autoimmune diseases.

The immune system of these patients attacks the body’s own cells, causing, for example, chronic inflammatory bowel disease, thyroid disease, and type 1 diabetes. The study by German scientists will help identify new targets for the treatment of a number of such diseases.

The molecular mechanisms underlying autoimmune diseases are multilayered and complex. In their study, scientists from the Julius and Maximilian University of Würzburg (Germany) managed to decipher new details of these processes.

Supports the common notion that excessive consumption of glucose and other carbohydrates directly contributes to the development of pathogenic functions in cells of the immune system, and, conversely, that a low-calorie diet can help treat immune diseases.

Together with his team, Dr. Martin Väth from the Institute for Systemic Immunology at the University of Würzburg showed the special role of a specific protein – the glucose carrier GLUT3, located in the membrane of many cells, in particular immune ones.

Scientists have found that in immune T cells, this protein performs, in addition to the main function – the transfer of glucose into the cell for energy production – also additional regulatory ones.

T cells, or T lymphocytes, play an important role in the acquired immune response by recognizing and destroying cells that carry foreign antigens.

The main task of T-helpers is to recognize threats and enhance the immune response by activating other immune cells in the body.

“Th17 cells typically express a large amount of the GLUT3 protein by incorporating it into their membrane,” explains Dr. Wat.

After absorption by the GLUT3 protein, glucose, having undergone a series of reactions in the mitochondria and cytoplasm of cells, is finally converted into an important compound for any cell – acetyl-coenzyme A (acetyl-CoA).

Acetyl-CoA, in turn, is involved in many metabolic processes (including energy-producing ones), and in immune inflammatory cells, Th17 also performs additional regulatory functions. 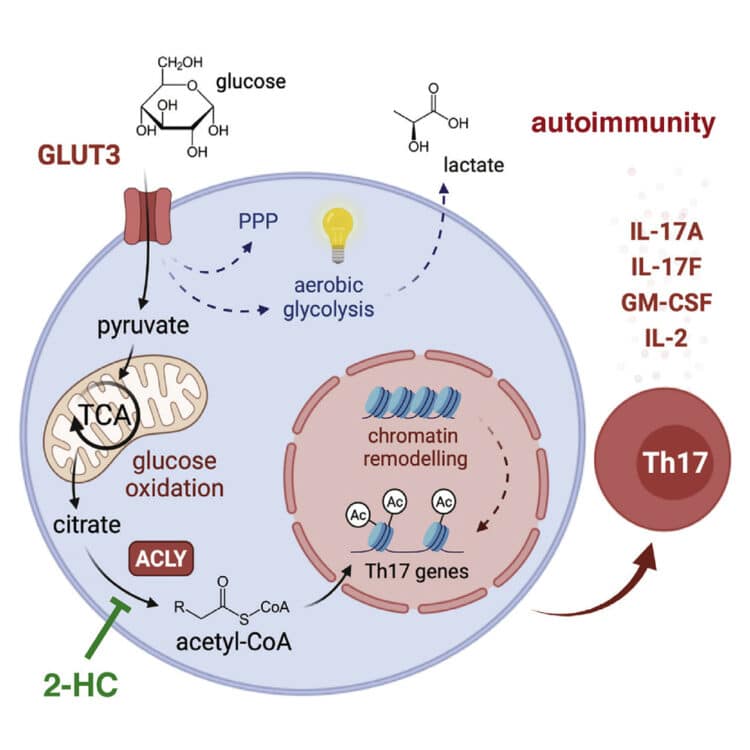 Dr. Wet and his team have shown that this metabolic intermediate can also regulate the expression activity of various DNA regions.

According to the researchers, the data obtained open the way for the development of new approaches to targeted (targeted) therapy of autoimmune diseases.

It can mitigate the pathogenic functions of Th17 cells and attenuate inflammatory pathological processes by suppressing excessive immune and autoimmune responses.

The so-called metabolic reprogramming of T cells opens up new possibilities for the treatment of various autoimmune diseases, such as chronic inflammatory diseases of the intestine (Crohn’s disease and ulcerative colitis) and the thyroid gland, as well as type 1 diabetes mellitus (in which insulin-producing cells are destroyed) without reducing protective functions of immune cells. 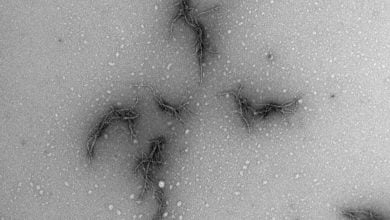 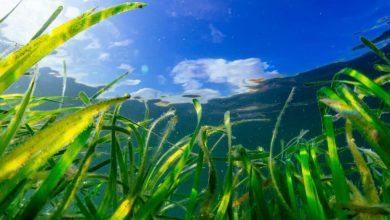