It was supposed to be held on August 19, but has now been postponed to September 30. It is at this event that Musk plans to demonstrate a prototype humanoid robot Bot (Optimus).

Why does the world need a robot from Tesla

When Elon Musk first talked about plans to release humanoid robots last year, he promised to demonstrate a working prototype before the end of 2022, and also focus on developing it in such a way as to put the novelty on the conveyor of the Texas plant as early as 2023.

At the time of Tesla’s announcement, there was nothing to show except for a video of the rendering of the work and people dressed in Tesla Bot suits.

Now little is known about the characteristics of the work, codenamed Optimus.

When the work will be shown

Musk tweeted this week that the AI ​​Day event will take place on Sept. 30 precisely for the opportunity to showcase a working prototype of the Optimus robot.

Interestingly, Musk warned potential users about the inability to organize a “machine uprising” by the forces of these robots, and even if there is a threat to their own health, the owner will have the opportunity to physically overpower the car or run away from it.

The first area of ​​application of Tesla Optimus will be the use of robots in an enterprise in Texas, where they will be involved in performing monotonous operations – at first simple and especially complex manipulations.

For example, they will be entrusted with the movement of goods across the territory, in proportion to their technical capabilities.

It is worth noting that the Californian startup Agility is already developing humanoid robots that take on routine and physically demanding tasks. The company plans to begin mass production of robots by the end of 2022.

Agility Robotics’ flagship product is a bipedal humanoid robot called the Digit. The robot is completely autonomous and has a set of sensors and cameras to collect data about environmental objects. The robot is also equipped with a pair of moving arms and a battery pack.

Elon Musk will become the world’s first trillionaire in 2024

Elon Musk will become the world’s first trillionaire in 2024 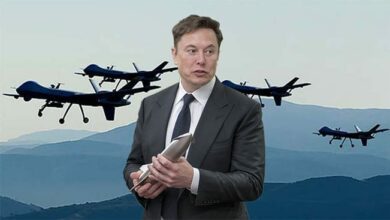