In a few weeks, the CEO present via the media and the co-founder of SpaceX, Mark Zuckerberg, the owner of Facebook, and Bernard Arnault, president of the luxury group LVMH.

On the billionaire platform, he stands today behind Jeff Bezos, founder of the e-commerce giant Amazon who has an estimated net worth of $ 182 billion.

They are joined third by Bill Gates, with an estimated wealth of $ 127.7 billion. The former Microsoft co-founder’s fortune has faded because he dedicated a large portion of it to the Bill & Melinda Gates Foundation.

Bloomberg says the wealth of the richest has increased by $ 1.3 trillion since January, a 23% increase after the Covid-19 epidemic slowed the global economy, led to layoffs and led to the bankruptcy of many companies in the United States.

Elon Musk’s rapid rise in the rankings of the world’s richest is attributed to the soaring Tesla stock on Wall Street, which has risen more than 500% since the start of the year and is now valued at $ 495 billion. This allowed Musk, who owns about 18% of the company, to earn $ 100 billion over the same period.

The group became profitable, and its activity was boosted in recent weeks with the election of Joe Biden as President of the United States, who promised to boost the development of electric cars and to announce that the group will soon enter the prestigious Standard & Poor’s 500 Index.

This will allow Tesla to become one of the many financial products whose volatility is automatically tracked by exchange-traded funds (ETFs) that will expand its scope.

Tesla generally benefits from the enthusiasm of many investors for what they see as the future of cars.

Although they sell far more cars, the more traditional car companies General Motors and Ford are worth $ 64 billion and $ 35 billion in the stock market, respectively. 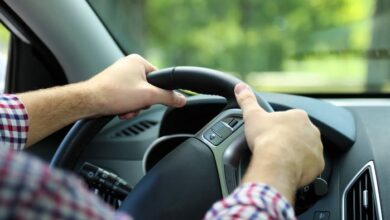