Described as an archaeological Disneyland, the island entered the popular imagination thanks to the existence of 887 giant monolithic moai statues that have puzzled scientists ever since they were first spotted by European explorers.

In fact, the mysteries surrounding Easter Island and its unique culture have sparked the interest of scientists, archaeologists, and now tourists, about 100,000 people a year, according to The New York Times.

Due to its gigantic and monumental architecture, the Rapa Nui National Park, which occupies more than 40% of the island’s territory, was included in the UNESCO World Heritage List in 1994.

When researchers came across the giant moai statues, which are stunning examples of human achievement by any standard, questions arose as to how and why they were created. 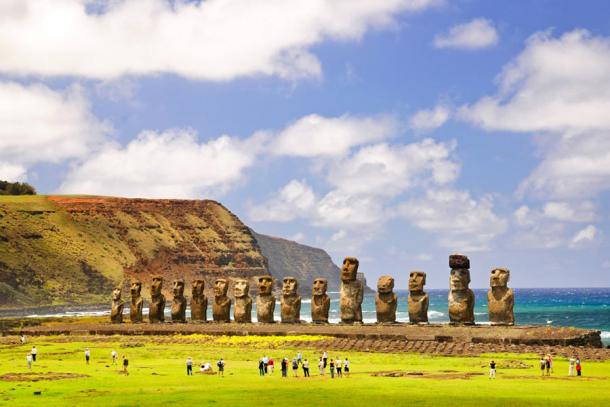 Archaeologist Jo Anne Van Tilburg studied the moai of Easter Island for many years, compiling an inventory of all 887 monolithic stone statues found on the island.

Of these, 32% (288 statues) were moved to ahu sites, which were platforms where they were installed. 397 were found in the mining area of ​​the Rano Raraku volcanic quarry, while 92 were found in between, as if their transportation had been interrupted en route. 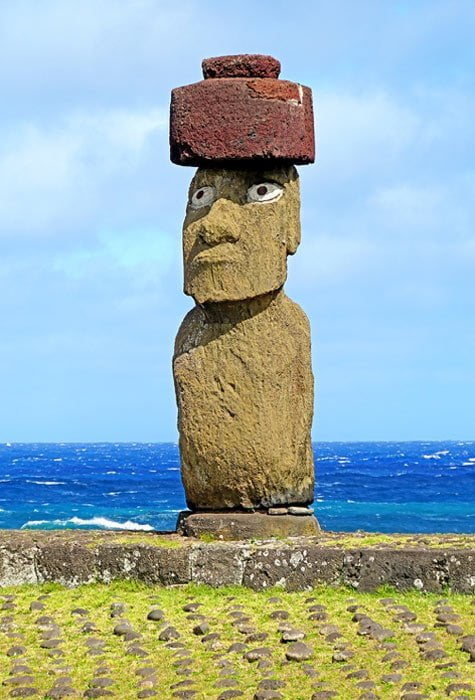 Meanwhile, the largest vertical moai known as Paro reaches 9.9 meters (32.63 feet). With the estimated weight of the moai at around 74.39 metric tons (82 tons), it is understandable that many people have struggled to understand how the natives of Rapa Nui moved the statues from the quarry to their final destinations scattered throughout the island. Most of the moai face the oceans, as if they are watching over the original inhabitants of Rapa Nui.

The moai statues themselves depict humanoid faces, and their bodies are made of volcanic rock, with the large body and cap of the pukao being made of red dross.

Most of Easter Island’s moai were made from a single huge and easily carved volcanic tuff from the Rano Raraku quarry – an interesting site, especially because of the many statues left behind, providing much-needed clues as to how they were made. 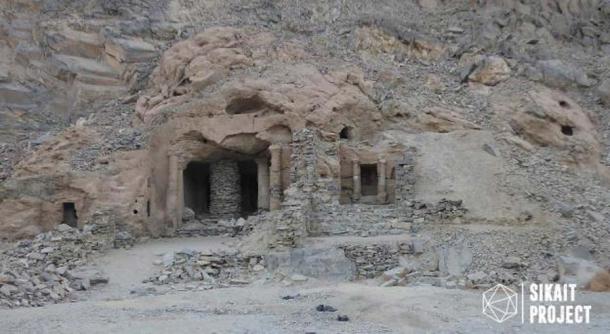 The obvious question arises: who built these huge statues on such a remote island and why were they installed there? Most archaeologists believe that Easter Island was settled by Polynesians between AD 300 and 1200, with more recent studies favoring a later settlement date.

The oral history of the Rapanui people states that the island was first settled by an expedition in two canoes led by the leader Hotu Matu’a, a native of Marae Renga. Meanwhile, DNA analysis indicates that the first settlers were of Polynesian origin, although there is scholarly debate on this.

However, some experts argue that the settlers may have come from South America, as agricultural evidence has been found on the island of the sweet potato, which was a staple crop in Polynesia.

The moai statues on Easter Island are believed to represent deified ancestors. “Most scientists suspect that moai were created in honor of ancestors, chiefs or other important people,” explains National Geographic. “However, there is no written and little oral history on the island, so it’s impossible to be sure.” 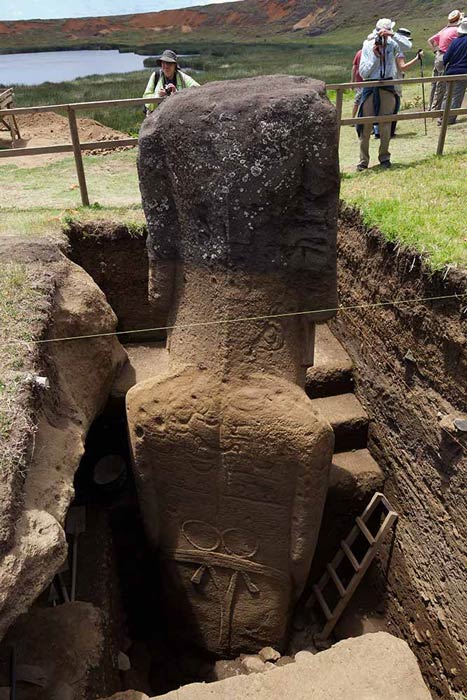 In 2012, the internet suddenly exploded with claims that “Easter Island’s heads have bodies,” as The Daily Mail put it. The World Wide Web has begun to be flooded with images showing that the statues actually have a full body, deep underground with strange ancient petroglyphs carved into them.

In fact, while tourists often believe that there are only statue heads on the island, archaeologists have known that bodies have been hidden underground since excavations began in 1914, explained Jo Anna Van Tilburg, director of the Easter Island Statues Project ( EISP), in LiveScience. In 2010, the EISP began excavations to document the intricate carvings on moai bodies that were protected from weathering by being underground.

These excavations have also revealed invaluable information about how the statues were moved to their current locations. This aspect has been on the minds of experts for decades, and theories for this engineering feat have included the use of sleds, ropes, swinging gears, wooden rollers, and even aliens! 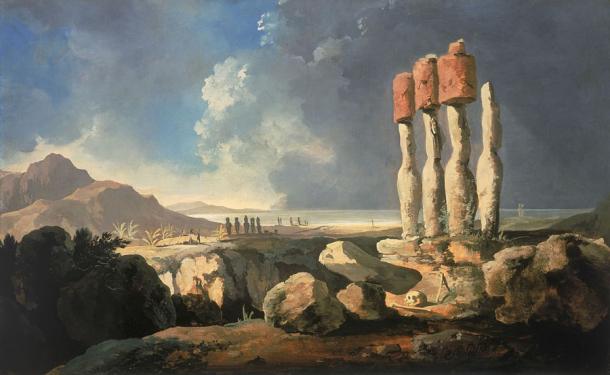 Although the absence of trees on Easter Island is conspicuous, archaeologists have concluded that it was once covered in trees. When the Europeans reached the island, they noted its arid nature. After seeing the moai, they suggested that the island once had a large population capable of transporting such huge statues, of which there were few left by the 1700s.

In his book Collapse: How Societies Decide to Fail or Succeed, Jared Diamond used Easter Island as an example of what he called “ecocide”, thus blaming the natives for their self-destruction.

He even suggested that this “moai madness” may be partly to blame for the deforestation and extinction of ground birds, as well as overexploitation of the land due to the overuse of trees as rollers to move the statues to their final locations.

However, this version was debunked by Terry Hunt and Carl Lipo in their book titled Statues That Walked. Looking for evidence, they argued that Easter Island was actually an example of successful survival, where the ancient Rapanui managed to survive on an inhospitable island.

We may never know what happened on Easter Island. What is known for sure is that the ancestor cult that created the moai was replaced by the bird-man cult around 1540.

According to this belief system, living people could contact their ancestors through people selected through competitions, and not through moai statues. Katherine Routledge claims that the cult survived until the Rapa Nui converted to Christianity in 1868. 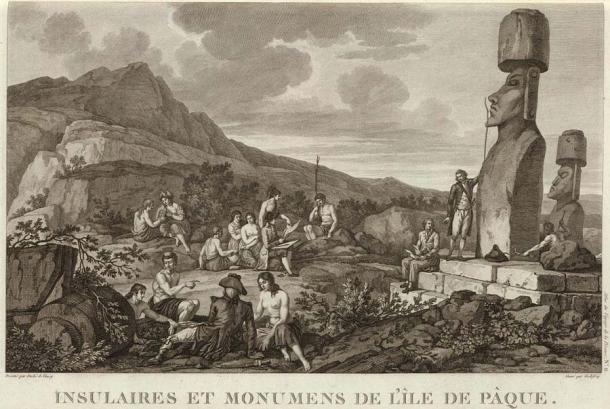 Some experts believe that the original name of the island was Te Pito O Te Henua, which means “Navel of the World”. The name “Easter Island”, or rather Paas-Eyland, he received only after the Dutch explorer Jacob Roggevin “rediscovered” it on Easter Sunday, April 5, 1722, and this name stuck.

When Roggevyn arrived on the island, he found a desolate landscape and a population of only 3,000 people. Unfortunately, their heightened curiosity led to an incident that further reduced the population when Roggevin ordered his men to fire on the crowd.

They were followed in 1774 by the British Captain James Cook, who noted that some of the statues had been overturned and that their purpose was to commemorate former paramount chiefs. In 1786, a French expedition created maps of the island and illustrations of their stay on it.

Easter Island’s history was one of brutal treatment of the indigenous population of Rapa Nui, which Hunt and Lipo called genocide. European explorers brought with them diseases such as smallpox and tuberculosis that affected the population.

Then, starting in the 1860s, Peruvian slave traders began to raid the island, eventually capturing some 1,500 people for their barbarian trade. Among them were the chief, his heir, and the few Rapanui who could read and write in the traditional rongorongo script, which led to the fact that a huge amount of cultural knowledge was lost forever. Experts have not yet been able to unravel the code of this ancient script.

By 1877, only 111 Rapa Nui residents remained on Easter Island, and in 1888 the island was annexed by Chile. Much of the land was privatized for sheep farming, while at other times it was administered by the Chilean Navy.

However, since 2010, the indigenous people of Rapa Nui have begun a coordinated effort to fight for their rights. Based on the allegation that their land was taken illegally, they demand that Chile recognize the Wills Agreement signed in 1888, which recognized their right to collective ownership of the land.

In 2017, the first important step was taken for the indigenous people of Rapa Nui: they were finally given control of the Rapa Nui National Park.

They are also seeking the repatriation of moai statues, such as the 2.5-meter (8.2 ft) basalt moai statue that was presented to Queen Victoria in 1869 and is now in the British Museum, using the argument that moai “are the living embodiments of deceased relatives.” “, Smithsonian Magazine reported in 2018.

Easter Island idols may have been installed recently

Easter Island idols may have been installed recently