(ORDO NEWS) — The Saint John dance is a social phenomenon associated with the dance mania that swept mainland Europe between the 14th and 17th centuries, with participants literally dancing until they dropped.

Also known as the “St. Vitus Dance,” these outbreaks of dance mania involved sick people, who could number in the thousands, dancing hysterically in the streets for hours, days, and possibly even months, until they fainted from exhaustion or died of heart attacks or strokes.

In modern literature, women are often portrayed as the victims of this dancing mania, although medieval accounts indicate that men, women and children were equally affected.

In fact, one of the most famous outbreaks took place in Aachen, Germany on June 24, 1374, several decades after the Black Death swept across Europe. 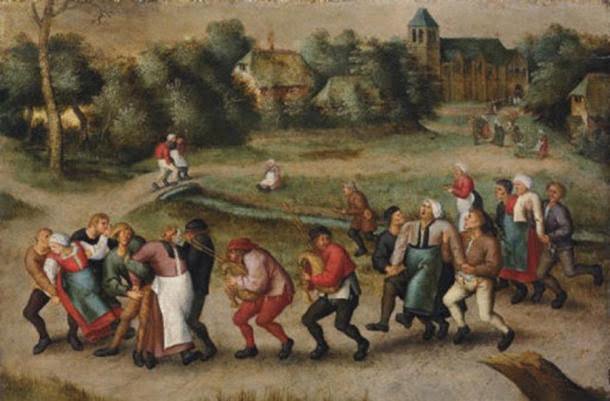 Why did people suffer from dance mania?

Dancing mania was originally thought to be a curse sent to saints, who was commonly believed to be Saint John the Baptist or Saint Vitus, hence the disease’s name.

For this reason, people suffering from dance mania went to places dedicated to St. John the Baptist to pray for deliverance.

The connection of this phenomenon with St. Vitus can be traced from an incident that occurred in Germany in 1278. That year, a group of 200 people danced so wildly on the bridge across the river Meuse that the bridge collapsed, killing many of the dancers.

Those who survived were taken to a nearby chapel dedicated to St. Vitus, and many of them are said to have fully recovered their health.

Interestingly, these cases were not isolated, but occurred many times throughout medieval Europe. Outbreaks occurred in Italy, Luxembourg, France, Germany, Holland and Switzerland over the next three centuries.

Several hypotheses have been put forward to explain this phenomenon. For example, some blame ergot poisoning for the hallucinations and convulsions that accompanied dancing. 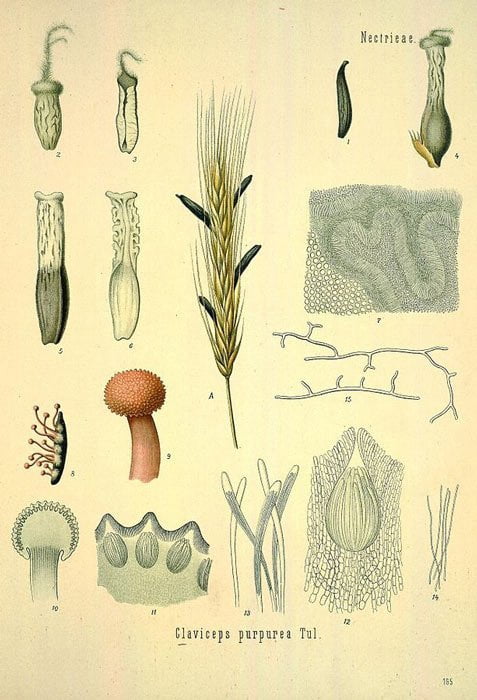 This form of ergot poisoning coincided with floods and wet growing seasons, as wet conditions were favorable for the growth of the fungus claviceps purpura.

This mushroom contains toxic and psychoactive chemicals, including lysergic acid and ergotamine, which is used today as a precursor in the synthesis of LSD.

Commonly found on cultivated grains such as rye, the fungus can cause certain symptoms of the St. John’s Dance, including nervous spasms, psychotic hallucinations, and convulsions.

However, it is argued that outbreaks of dance mania did not usually occur during floods or wet seasons. Also, not all of the symptoms of the Saint John dance can be explained by ergot poisoning.

Another explanation for the Saint John dance is that its participants were followers of deviant religious sects.

These people are known to have made pilgrimages across Europe in the years following the Black Death to seek divine favor. Over time, their number grew.

Because they were involved in prolonged dancing, fasting, and emotional worship, symptoms such as hallucinations, fainting, and uncontrollable shaking were common. 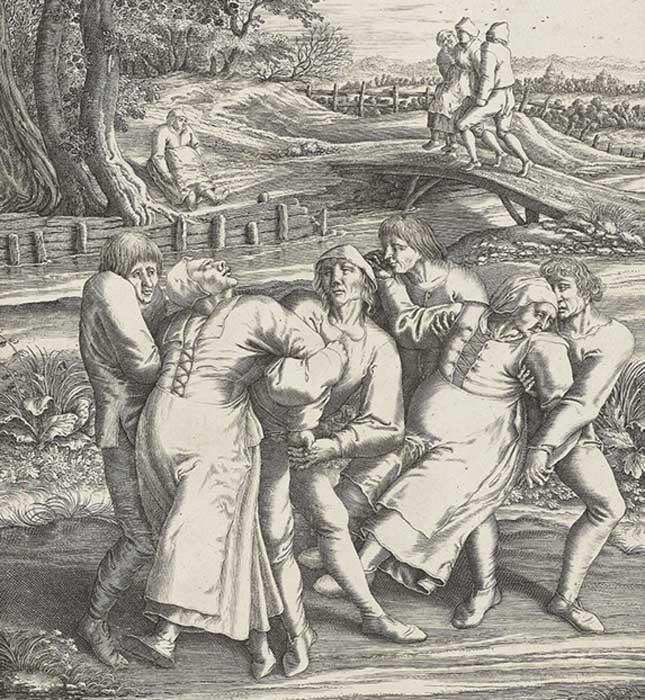 Dance mania as a social phenomenon

Instead of viewing the “Dance of St. John” as a form of mental disorder, it can be viewed as a social phenomenon, sometimes referred to as “mass psychogenic illness.”

This kind of social phenomenon, or illness, involves the occurrence of similar physical symptoms without a known cause that affect a large group of people as a form of social influence.

Perhaps it can be assumed that some of those who participated in the mania of the Saint John dance did so out of fear, while others danced to fit in with the crowd.

Similar forms of mass hysteria in our time

While this form of mass hysteria might seem like it belongs in the history books, it’s actually just as common today.

For example, the Tanganyika laughter epidemic of 1962 was an outbreak of mass hysteria in Tanzania, when uncontrollable laughter, accompanied by fainting, breathing problems and crying, spread from a group of schoolgirls to an entire school, neighboring schools and entire villages.

Thousands of people have been affected in one way or another. It is said that this phenomenon could not be completely eradicated within eighteen months!

Incidents of mass hysteria, such as the dance mania of the past, continue to baffle the medical community, and while it is easy to laugh at ridiculous and bizarre behavior, research has shown that there are a number of complex factors that can contribute to the formation and spread of collective hysteria.

These include rumors, extreme anxiety or agitation, cultural beliefs, social and political contexts that reinforce authority figures, and stress. Cases of mass hysteria have been recorded around the world for centuries and provide a fascinating insight into the complex nature of human psychology!

Annunaki: Who were they really?

Annunaki: Who were they really?