(ORDO NEWS) — The Temple of Seti I at Abydos is one of the most important archaeological sites of ancient Egypt. It is located about 10 km from the River Nile in the sanctuary of Osiris near Osireion, which houses many incredible works of wall art that still amaze archaeologists with their rich colors.

He is often described as a green-skinned god with an elongated headdress and partially mummy-wrapped legs.

On the walls of the temple there is a relief carving depicting an amazing object that seems to be a device of some unknown technology.

This device is known as the Osiris Device or Osiris Stargate, according to William Henry, an explorer mythologist and art historian. He is also a consulting producer for the world-renowned History Channel program Ancient Aliens. 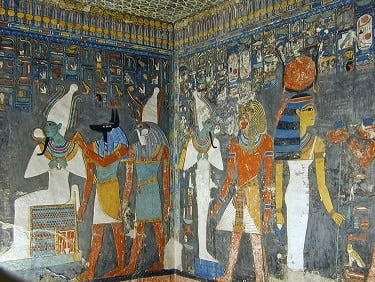 Henry made an amazing connection between the device of Osiris and the Tower of Babel. He writes: “In the 23rd century BC, the Sumerian king Nimrod built a ladder (symbolized by the letter H) or tower (actually a gate) that stretched from Babylon to the stars. “by building this gate. If successful, the Book of Genesis says, “nothing that we can imagine will be impossible for us.”

Biblical scholars say that Nimrod was known as Osiris, the Egyptian god of resurrection, in Egypt. Both are associated with ladders or stairways to heaven. This is the key point. Inside the 14th century BC Temple of Seti at Abydos, in the chapel of Osiris, there is a magnificent image of Osiris in the form of a pillar or tower.

In fact, the Egyptians called this pillar of Osiris Ta-Ver, or “the connection between heaven and earth.” It looks like Babylon to me.”

Then the researcher looked at a similar image on the opposite wall of the sanctuary of Osiris. He suggested that the shape of the ship reminded him of the shape of a wormhole in space, and that the Osiris device had transformed into the figure of a Net. 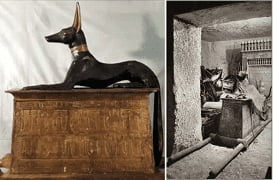 “Pay particular attention to Seti, who appears to have transformed his body into or out of an Osiris device. This is a beautiful moment of transformation and resurrection.”

He stated that attached to the Osiris Device was a wormhole-shaped ship of eternity. Is this an ancient scanning device that projected souls into distant galaxies or other dimensions?

If we assume that there is a connection with Osiris, the Sumerian king Nimrod and the story of the Tower of Babel, could this attempt to create a “stairway to heaven” be the motive for the biblical destruction of the tower or this technology? Again, there are similar stories between the ancient Egyptians and the Bible.

The sanctuary of Anubis found in King Tutankhamun’s tomb may be a physical representation of Osiris’s device, which is similar in appearance to the biblical Ark of the Covenant.

According to Livescience, “The Ark of the Covenant is a chest that contained the tablets engraved with the Ten Commandments. It was built by the Israelites during their expedition to the Sinai desert after fleeing Egypt.

The Hebrew Bible does not specify when they left Egypt, and there is debate among scholars about whether there was an exodus from Egypt at all. The Ark disappeared when the Babylonians conquered Jerusalem in 587 BC.” 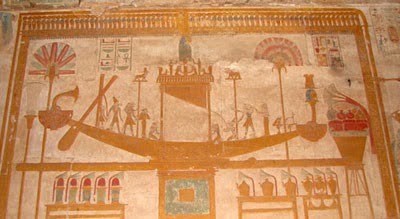 The ark is said to have magical powers and even a curse. When it was stolen by the Philistines, sickness and outbreaks of tumors struck the people. That is why it was returned to the Israelites. In addition, there are stories that claim that anyone who touches the ark or looks inside is in danger of death.

Another sacred Egyptian item reminiscent of the Ark of the Covenant is the bark of Horus, found in the sanctuary of the Temple of Horus at Edfu. The bark is, in fact, the designation of the ship on which the gods traveled. 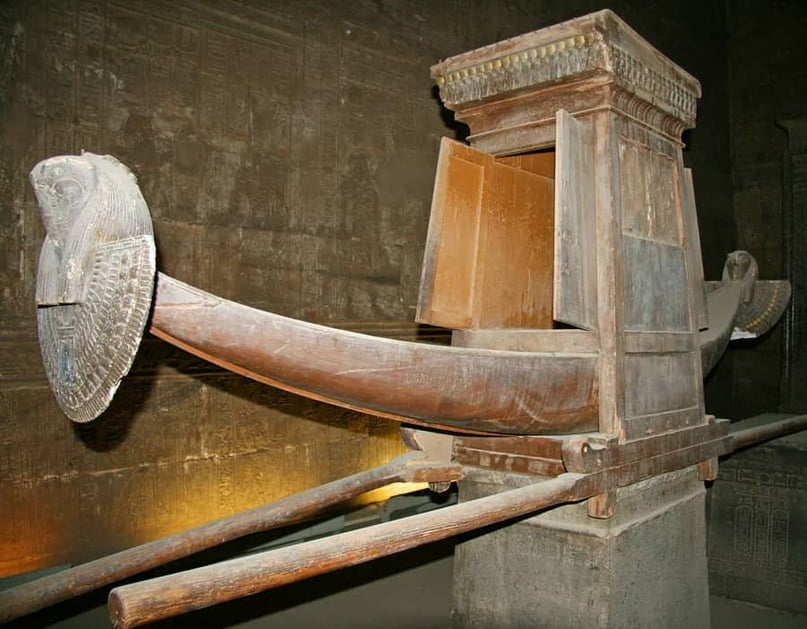 Global Egyptian Museum writes: “Designs in the tombs in the Valley of the Kings, which are part of Amduat and other funerary compositions, show the night journey of the god and his followers through the underworld on a ship.

It was believed that the deceased king also traveled through the afterlife; it is assumed that the so-called solar barges , found near the tombs of the Old Kingdom, were intended to transport the king through the underworld.

The most famous is the boat that belonged to Khufu, which has now been restored and is open to the public where it was found, next to his pyramid at Giza.

In addition, there was another type: the bark used to transport the (statue) of the god in Egypt. This type resembled an ordinary Nile boat, but was adorned with an aegis at the prow or both ends, and instead of a cabin, had a sanctuary that contained a statue.

In most cases, these barges also carried poles, which rested on the shoulders of the priests carrying the barge. They were kept in the back of the temple of the corresponding god, next to or even in the sanctum sanctuary, where they rested on special stands. 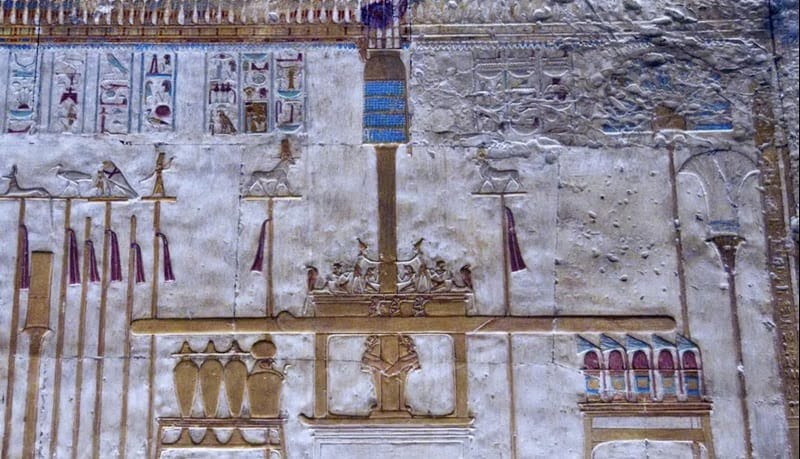 The transportation of the gods on kors usually took place during processions, sometimes within the walls of the temple, but also outside it, for example, to the western coast of Thebes or even further, for example, Hathor traveled on kors from Dendera to Edfu to visit Horus there.

The Ark of the Covenant has been missing for 2,600 years. Presumably, he was last seen in Jerusalem. There are many stories about its current whereabouts.